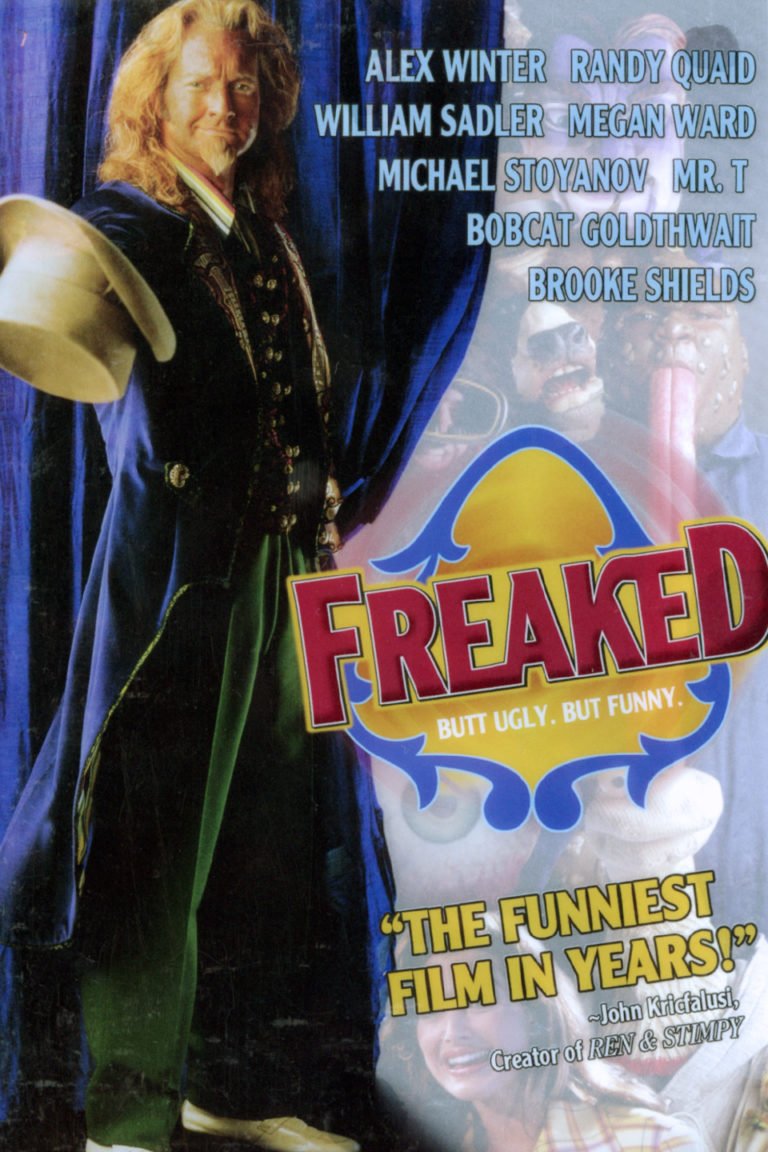 Fraught with low-brow humor and a choppy story line, FREAKED is a goofy piece of slapstick that focuses on the bizarre situations encountered by Ricky Coogin, a five-million-dollar celebrity pitch man for the evil E.E.S. Corporation (Everything Except Shoes). Over-acted and over-stated, the end result of the film is a group of disconnected scenes that really don't build or go anywhere, leaving in its wake a garbage heap of slapstick scatological crudities.

Infantile is too mature a word for FREAKED, a muddled, crudity-laden juvenile spoof. Fraught with low-brow humor and a choppy story line, this goofy piece of slapstick focuses on the bizarre situations encountered by Ricky Coogin (Alex Winter), a five-million-dollar celebrity pitch man for the evil E.E.S. Corporation (Everything Except Shoes). Ricky goes to an imaginary South American country with two friends, but as they go, they are transformed into grotesque freaks by an evil, sadistic freak show proprietor. They join forces with the other captive freaks to save the world from the potential pollution hazard of Zygrot-24, a dangerous toxin, and to free themselves from their evil captor. With the end never in doubt and this inane spoof more concerned with employing every predictable audio and visual vulgar cliche to make its empty point that big corporations cannot be trusted, this work of cinematic fatuity has the look and feel of an amateur student film.

Containing some interesting visual effects and some fairly big name “stars,” one wonders why the filmmakers would waste this valuable energy and talent to create a hodgepodge of tasteless jokes that rise no higher than the level of the local toilet. Over-acted and over-stated, the end result is a group of disconnected scenes–a garbage heap of zany slapstick scatological crudities.