"Some Legends are Born Out of Struggle" 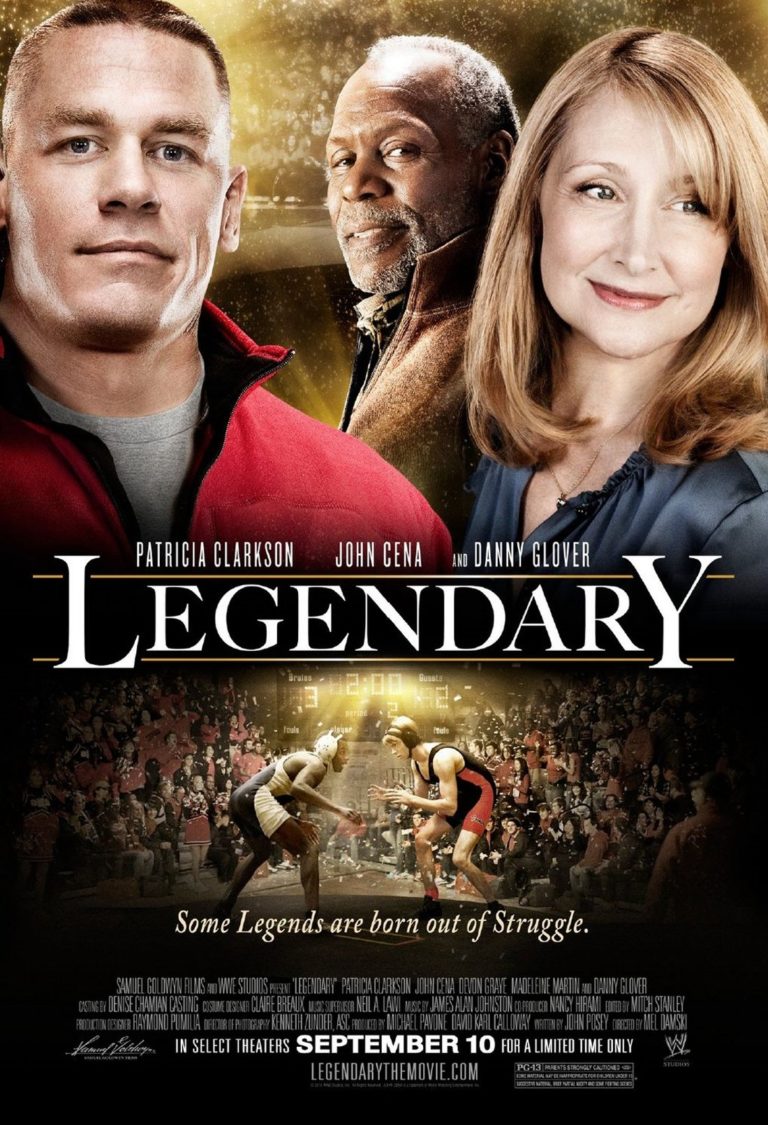 LEGENDARY is an uplifting story of a young teenage boy’s desire to reunite his family after suffering the loss of his father and enduring a 10-year separation from his older brother. By joining his high school wrestling team, young Cal Chetley uses the one thing that originally tore his family apart to bring them back together. He also uses wrestling to gain respect from his peers. After initially being rebuffed, Cal gets to train with his older brother, who shared a passion for wrestling with their late father. Meanwhile, Cal gets some advice from an old fisherman. He also gets support from his female childhood friend, Luli, with whom young romance blossoms. The past threatens to spoil Cal’s new wrestling success, however.

LEGENDARY is a heartwarming story about family. Though not explicitly Christian, themes of forgiveness, love and acceptance are present throughout the story, and family relationships are valued. The hero’s mother helps her son’s girlfriend discover the importance of self-respect. There is some brief foul language, some suggestive material, and one scene that suggests that a teenaged girl reveals her breasts to four teenaged boys, but no body parts actually shown.

(BB, C, L, V, S, N, A, M) Solid moral, redemptive worldview stressing love, family, compassion, forgiveness, and self-respect, but no direct reference to God or Christianity; several obscenities and light vulgarities; brief violence includes two bar brawls, one fistfight and a number of school wrestling matches; no depicted sex, but implied one-night stands involving older adult brother, it is implied teenage girl bares her breasts to four teenaged boys and one tasteful kiss between teenaged boy and girl; upper male nudity when high school wrestling teams are shown weighing in wearing only their underwear, one shot of a boy’s bare behind, one scene in which it is implied that a teenaged girl reveals her breasts to four teenaged boys, but no body parts actually shown; brief alcohol use by adults; no smoking or drugs; and, lying to mother.

LEGENDARY is an uplifting story of a young teenage boy’s desire to reunite his family after suffering the loss of his father and enduring a 10-year separation from his older brother. By joining his high school wrestling team, he uses the one thing that originally tore his family apart to bring them back together.

Tall, skinny and somewhat of an outcast, Cal Chetley (Devon Graye) struggles to fit in at school and is bullied by his classmates. Despite the loving, supportive relationship he shares with his mother, Sharon (Patricia Clarkson), Cal misses his father and longs for a relationship with his brother, Mike (John Cena). Cal and Mike have been estranged since their father died in a car crash 10 years prior. A young boy at the time of the accident, Cal has little memory of his father or Mike, but knows they were both championship wrestlers in high school and shared a special bond with each other because of their common interest and skill. Missing his father and longing for a connection to his Mike, Cal decides the best way to make that connection is to join his high school wrestling team and find his brother and ask him to teach him how to wrestle.

For reasons Cal doesn’t understand, his mother has strong feelings against Cal joining the wrestling team and encourages him not to join. When Cal mentions his interest in finding Mike in hopes of building a relationship with him and ultimately learning more about his father, his mother becomes extremely upset and tells him Mike will only disappoint him.

Despite his mother’s feelings, Cal secretly sets out to find Mike. Using his last known address, Cal tracks down Mike a few towns away living in a rundown trailer with no job and no hope for the future. After a few awkward attempts at conversation, Cal’s hopes are crushed as Mike is standoffish and cold, and denies his request to teach him how to wrestle.

Cal returns home to the catfish farm he built, the one place he goes to escape reality. It is at this farm that he meets a fisherman named Red (Danny Glover) who becomes a sounding board for him to talk about his wrestling dreams and his desire to know his brother. Red encourages Cal not to let fear stand in his way, but to follow his instincts and to believe in himself. Even though Cal is untrained and scared, he takes Red’s advice and continues his quest to wrestle, losing his first match quickly and struggling to improve his skills. Red’s constant encouragement throughout the film, however, serves as the basis for most of Cal’s important wrestling decisions and instills in him the fight he needs to keep going. This unexpected relationship makes a great deal more sense at the end of the movie when a unique connection between the two is revealed.

While Cal continues to pursue wrestling, Mike gets into a bar fight, is arrested and is charged with assault. Because of numerous prior charges, Mike is thrown in jail and faces years of prison until Cal discovers that he’s in trouble and intercedes on his behalf during the court hearing. Seeing that Cal truly cares about him, Mike finally starts to understand that the bond with is brother is real and his heart begins to soften. Despite his own fear and shame, Mike changes his mind and decides to help Cal train. Mike and Cal begin secret training sessions everyday after wrestling practice, but Cal lies to his mother about what he’s doing because he doesn’t want to upset her and he doesn’t want her to forbid him from seeing Mike.

The truth about Mike eventually comes out, however. The question is: how can this family overcome its problems?

LEGENDARY is a heartwarming story about family. Its story also touches on young love as Cal garners the affection and support of his childhood friend, Luli (Madeleine Martin). With four brothers and no mother, Luli struggles to earn the attention of boys and to figure out her place in the world. Seeing this, Cal’s mom steps in to help teach Luli that self-respect and self-love are more important than any attention she may receive externally. Throughout the course of the movie, Cal and Luli discover exactly what this means, which allows their friendship to slowly blossom into a romantic relationship.

LEGENDARY is not a story about winning, but about trying. The writer, director and actors combine their talents beautifully to demonstrate that struggle can result in victory and that one’s journey and choices in life matter more than any “win” one could ever have. While not focused on Christianity explicitly, themes such as forgiveness, love and acceptance are present throughout the story, and family relationships are valued.

Caution is advised because of some brief suggestive material, such as: several obscenities and light vulgarities, some brief violence includes two bar brawls, one fistfight and a number of school wrestling matches, implied one-night stands involving older adult brother, high school wrestling teams are shown weighing in wearing only their underwear, and one shot of a boy’s bare behind, and one scene in which it is implied that a teenaged girl reveals her breasts to four teenaged boys, but no body parts actually shown;