ONE FOOT IN HEAVEN

"An Enjoyable Peek Into a Pastor’s Life" 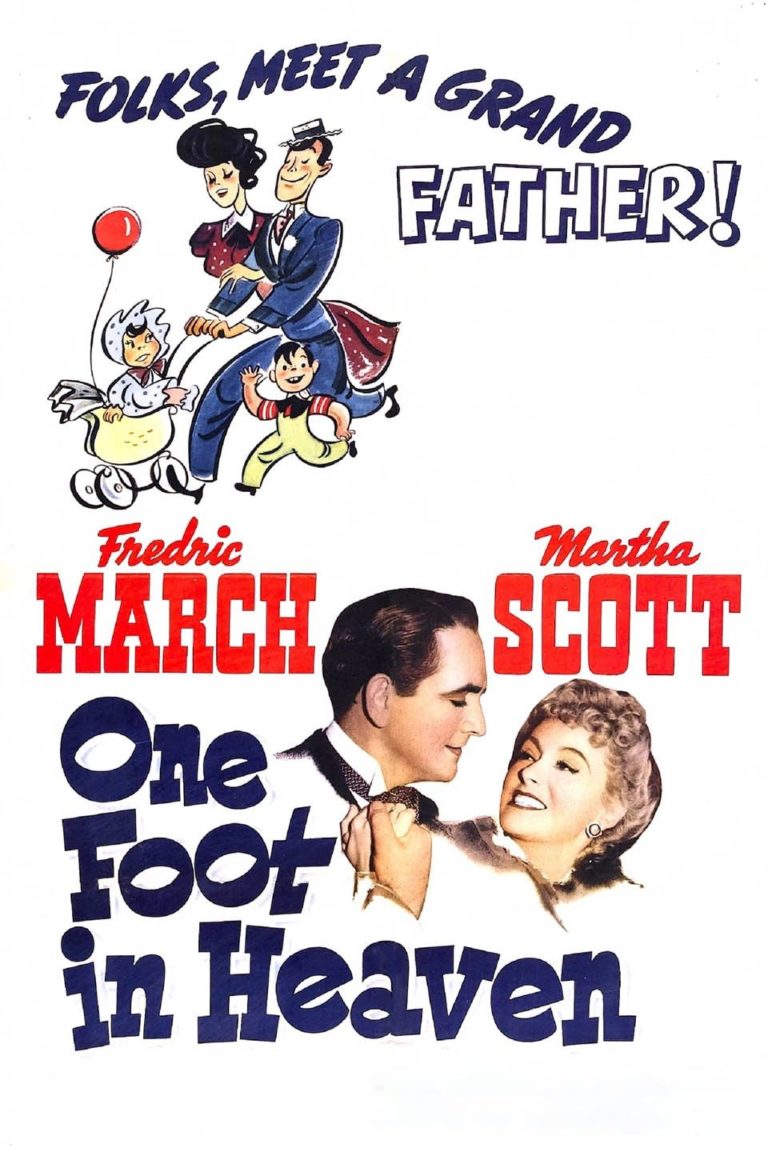 Released in 1941, ONE FOOT IN HEAVEN follows the life of Pastor William Spence who struggles to build his ministry while providing for his family. Despite prior plans to become a doctor and opposition from his fiancé’s parents, William and his new wife, Hope, move to Utah to become circuit pastors. The pastor’s life involves William and Hope with great joys as well as great obstacles of making ends meet, raising a family and dealing with conflicts from their congregations. When offered a better position in California, William refuses to run from hardship but chooses to accept adversity and build his church.

ONE FOOT IN HEAVEN is an engaging, enjoyable classic with a multitude of worthwhile messages for the whole family. The diversity of characters, fast-moving plot and frequently hilarious dialogue keeps viewers entertained as they easily empathize with the Spence family and embark on a fun, emotional journey. ONE FOOT IN HEAVEN is based on a nonfiction book by a pastor’s son. It has a very strong Christian, biblical worldview that promotes the importance of sacrifice, humility, good parenting, and perseverance.

(CCC, BBB, H, V, A, M):
Dominant Worldview and Other Worldview Content/Elements:
Very strong Christian, biblical, moral worldview as character sacrifices a lot to relentlessly pursue God’s calling, clear depiction of a healthy Christian family where the wife supports the husband’s ministry, the husband confers with his wife before making big decisions, father discusses Scripture with son, children memorize Scripture out loud, pastor upholds equality of man as God’s children despite difference in social class, man defends and discusses faith with a nonbeliever, an emphasis on prayer as pastor prays for his congregation, the sabbath is upheld, pastor discusses and performs infant baptism, choir frequently sings hymns such as “Come Thou Fount” in the church, Scripture is quoted throughout with references to the story of Ruth, and the miracle of manna from Heaven is discussed and many more, Bible is seen on the church podium and in pastor’s house, plus a light humanist element occurs when a man questions the reality of God because he isn’t tangible through human senses
Foul Language:
No foul language
Violence:
Brief mention of man’s uncle being hung as a horse thief, character watches movie where man points gun at an old man tied up with rope, a church is set on fire, fist fights between several men in court, man jumps out of window and falls hard on ground, several gunshots are fired at men, man pulls man with a lasso and drags him on the ground with a horse, a war scene with some brief explosions, a man’s house is set on fire, and a man says, “Thank God I’m a Christian, or I’d kill ya”
Sex:
No sex scenes or sexual immorality, some kisses of affection
Nudity:
No nudity
Alcohol Use:
Man orders an alcoholic drink in a bar
Smoking and/or Drug Use and Abuse:
No smoking or drugs; and,
Miscellaneous Immorality:
A character keeps things that happened to their child from a spouse, some social blackmailing, manipulating and guilt-tripping a congregation member to give more money, and a man says “Holy mackerel.”

Released in 1941, ONE FOOT IN HEAVEN follows the life of a pastor who faces various struggles of building his ministry while providing for his family.

The movie opens with Hope Morris Spence playing the piano with her parents conversing in the room with her. Suddenly, William Spence (Fredrich March) barges into the room and tells his soon to be fiancée and her parents that God has called him to become a pastor instead of a doctor. Williams asks Hope to start this new life with him. Despite opposition from her parents, William takes Hope (Martha Scott) with him from Canada to Utah to begin life as a circuit pastor.

As the newlyweds try to get situated in their new environment, Hope experiences the consequences of the new life she agreed to follow. Hope faces backlash and immense pressure from the women in the congregation who criticize her slightest attempts to redecorate the house provided for the church, which is not the house she dreamed about having. She’s brought to tears in the attic, but William finds her and convinces her that everything will be okay. They face the future of their life in ministry with a renewed determination.

Several years pass. After moving multiple times, their family has grown, and they now have three children. However, this brings on a set of new challenges as the Spence family are on the brink of poverty, struggling to make ends meet. On top of that, they have yet to name and baptize their newborn baby, and this becomes an added source of contention for Hope and William. They fight over what the baby will be called, but, after the baptism, Hope finally concedes. Financially they get by from earnings of marrying couples together and triumph over this slump in their lives.

At this point, the Spence family starts being on the constant move once again. Finally, they arrive in their new home several years later, which brings on a new set of problems like the numerous leaks in the roof and fussy congregation members. Their situation is now worse than ever. Family tensions rise as everyone is facing their own problems.

In an attempt to fix this, William has an idea to build a new house for his family the house that his wife has always wanted. However, in order to get a new house built, they need to build a new church. William sets up a meeting with the church board members and explains his idea for a brand new and better church. Clayton, a wealthy congregation member whose family is in the choir and is insistent on being noticed, is against this idea because the new blueprints for the church have the choir seats being hidden so you only hear the voices.

Once Clayton pulls out, so does everyone else. This causes Williams to change up the service by putting all the young children in the choir for the summer and giving the grownups a vacation so that they can “rest.” Enraged choir members spread a rumor about the Pastor’s son, which gets him expelled. Out of the blue, Williams gets an offer to pastor a big church in California providing a beautiful house for the family, but William refuses to run from hardship and chooses to walk the long road ahead to build his church. God’s plan for William isn’t over.

ONE FOOT IN HEAVEN is an engaging, enjoyable classic with a multitude of worthwhile messages for the whole family. Even though it’s in black and white, the diversity of characters, fast-moving plot and hilarious dialogue keep viewers entertained. The charming performances make it easy for viewers to empathize with the Spence family as they embark on an emotional journey.

ONE FOOT IN HEAVEN has a very strong Christian, biblical worldview that displays the importance of sacrifice, humility and perseverance, especially in ministry. It’s also rich with wholesome family values and solid scriptural truths that the characters learn and live out. The movie touches not only important familial themes of parenting, respect and obedience of authority but also more universal topics of leadership, discrimination, contentment, and many more that are relevant to all walks and stages of life.