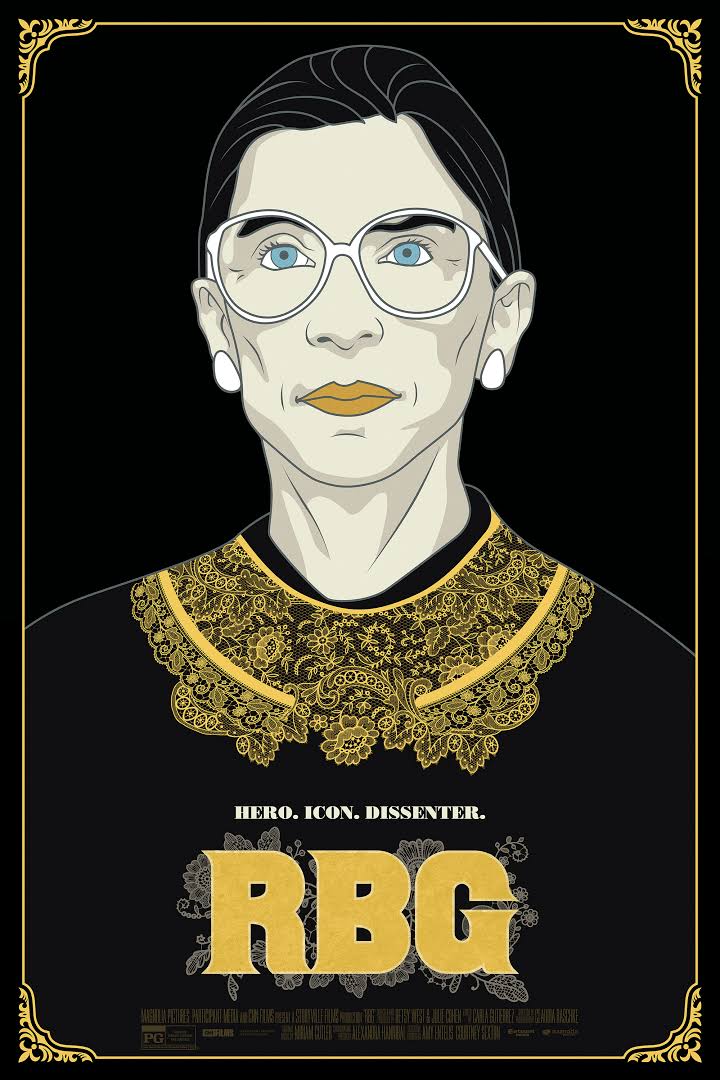 RBG is a documentary about the life and alleged accomplishments of Supreme Court Justice Ruth Bader Ginsburg, one of four leftist judges on the high court. Ginsburg is pictured as a role model in the movie’s first half as she overcomes obstacles in law school and in the legal world to fight against alleged injustice. Her fight paved the way for equality that many men and women experience today, and many viewers can appreciate that. The movie’s second half, however, focuses on Ginsburg’s extremist politics and time on the Supreme Court. It’s more of a one-sided propaganda piece that will raise red flags for conservative, faith-based moviegoers.

RBG’s biggest flaw is its inability to tell a balanced story regarding a very controversial public figure. As it stands, the filmmakers chose to interview people who constantly praise Justice Ginsburg without regard for presenting another side. All viewers should go into the movie with a sharp eye and shouldn’t fully get on board the hype train. This is especially true in one segment of RBG, where Ginsburg gives a superficial, abhorrent defense of abortion.

(HHH, PCPCPC, FeFeFe, B, VVV, MM):
Dominant Worldview and Other Worldview Content/Elements:
Very strong humanist, politically correct, unconstitutional, unbiblical, radical feminist worldview supporting the extremist, left-leaning, totalitarian politics of Supreme Court Justice Ruth Bader Ginsburg, with some light moral elements featuring Ginsburg fighting for justice and equal dignity and rights for all people;
Foul Language:
No foul language;
Violence:
No depicted violence but a strong, horrendous defense (filled with shallow and misleading platitudes) is made for abortion, the murder of innocent little babies;
Sex:
No sex;
Nudity:
No nudity;
Alcohol Use:
No alcohol use;
Smoking and/or Drug Use and Abuse:
No smoking or drug references; and,
Miscellaneous Immorality:
Title character makes strong defense for radical leftist policies and rejects the biblical view that husbands are the head of the household.

RBG is a broad documentary about the life and alleged accomplishments of Supreme Court Justice Ruth Bader Ginsburg, who’s one of four leftist judges now on the high court. RBG highlights why the women’s rights activist and supreme court judge has become a public icon, but it’s a propaganda documentary told completely from the perspective of her beloved fans, so it’s less of an informative piece and more of a love letter to Ginsburg’s life, alleged accomplishments and abhorrent, extremist politics. While parts of her story are a triumph of overcoming obstacles, viewers who disagree with Ginsburg’s viewpoints will take issue with the movie’s one-sided nature.

Starting with her early life, RBG movie chronicles Justice Ginsburg’s legal aspirations, married life, law school, and first civil rights cases defending sexual equality. Going through a law school full of men in the 1950s, Ginsburg rose through the ranks despite being told that the legal world wasn’t a place for a woman. This fueled her motivation to use her skills in court to defend other women (and sometimes men), whom she thought had been treated unfairly because of their sex, such as a woman in the Air Force who wasn’t receiving the same benefits as men, or a military school in Virginia that refused to allow women to apply.

This first half of the movie is light on politics and heavy on Ginsburg’s role in the civil rights movement in a way that’s more acceptable if one does not examine the cases. The cases Ginsburg was trying in the 1950s were much more concrete than the nuances of civil rights today. She grew up in a time where it was commonplace for a man to say, “We don’t hire women here,” a practice that’s illegal today partially because of Ginsburg’s past legal work during.

The traits of the movie’s feminist agenda will no doubt spark some debate among faith-based audiences about the roles of men and women in the family, yet it’s refreshing that Ginsburg admits there are indeed some differences between men and women. What she advocates for is the idea that all men and women deserve to be treated with equal dignity. While there are many elements of the modern feminist movement that stand in opposition to Christian beliefs, or at least cause a significant amount of debate, Ginsburg’s early years fighting for equal dignity are an inspiring fight for basic civil rights. Of course, the question of whether the federal government should get involved with such issues at all is a debatable question that’s never really been fully adjudicated. For example, many conservatives and libertarians contend that neither the Bible nor the U.S. Constitution gives government the power to determine such issues.

RBG also spends a good amount of time focused on the relationship between Ruth Bader Ginsburg and her husband, Marty Ginsburg, in what is depicted as a beautifully supportive marriage based on mutual respect. Throughout their lives, they took turns supporting one another’s career, moving between cities for each other’s jobs and dividing up the responsibilities of taking care of their children. The movie praises Ginsburg for her ability to accomplish what she did in the legal world while also maintaining a family, highlighting the benefits of both. The story only lightly touches on men and women’s roles in the household. This is where the movie takes a more opinionated turn, alienating more conservative audiences, or those who would at least want a more balanced and elaborate argument to such big ideas.

The movie’s second half highlights Ginsburg’s time on the Supreme Court, especially as she became the court’s advocate for liberal and leftist politics. This is where the movie becomes particularly one-sided, continuing to praise Ginsburg for her career as a judge, narrated entirely by her supporters. Conservative viewers, including Christian evangelicals, who probably aren’t big fans of RBG, are left with a highlight reel of Ginsburg’s liberal, leftist rulings throughout the years. Ginsburg is now famous for dissenting on a conservative-majority bench, and the movie rolls through all those cases like a highlight reel. Even the movie’s depiction of exceptionally controversial cases seems one dimensional, such as the infamous Hobby Lobby case in 2014 where Ginsburg shamed the court for allowing Hobby Lobby to be exempt from federal contraceptive mandates because of freedom of religion reasons.

While Ginsburg has paved the way for numerous opportunities for women, audiences of all ages should go into the movie with a sharp eye. RBG is more of a celebration of all aspects of Ruth Bader Ginsburg’s life, rather than a straightforward documentary presenting both sides. Those less familiar would do well to do their research before letting the movie make their decisions for them. Christian believers especially shouldn’t fully get on board the hype train when one segment of the movie shows an excerpt of its hero fighting for abortion, the murder of innocent little babies, in a pro-choice speech.

Ultimately, the enjoyment of RBG comes down to personal beliefs and politics. It is a well-told documentary that is both fun and informative. However, the movie’s biggest, and perhaps fatal, flaw is its inability to tell a balanced story when it comes to a very controversial public figure. As it stands, the filmmakers chose to interview people who constantly praise Justice Ginsburg, with no regard for presenting the other side. There may be many accomplishments to celebrate about Ginsburg, especially in her early life. Her drive and ambition for change should inspire everyone, but, sadly, she falls short of a role model due to her controversial beliefs, especially when it comes to issues such as abortion, marriage, sexual immorality, economic liberty, and religious freedom. Some of the other discussions and views brought up in the movie are more nuanced, so viewers will have varying degrees of support or disdain for what Ginsberg and her fans say in those parts of RBG.

Many of Justice Ginsburg’s views are surely abhorrent, but RBG does represent them relatively accurately, though in a misleading, propagandistic manner. As such, RBG promotes a loathsome humanist, politically correct, radical feminist worldview that conflicts with the biblical worldview and with the original intent of the United States Constitution and the Declaration of Independence.