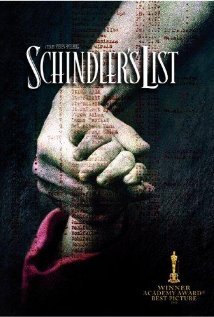 SCHINDLER'S LIST tells the story of a German businessman, Oskar Schindler, who risked his life and fortune to save Jews during World War II. Aside from the nudity, sex and violence, Spielberg has captured on film the utter horror of the holocaust with its dehumanization of the Jews; but he has also shown what one individual can accomplish with determination.

(B, Ab, LL, NNN, SSS, VVV) Biblical theme in Schindler's risking his own life to save Jews, though there are some anti-Christian references and of course the anti-semetic National Socialist (Nazi) hatred of Jews. Approximately 19 obscenities, 8 profanities & several vulgarities; extensive nudity in concentration camp scenes where Jews paraded like cattle before their captors, & male & female nudity in several graphic sex scenes between unmarried individuals; extreme violence in beatings, killings, & treatment of Jews.

A riveting film dealing with the World War II Jewish holocaust, SCHINDLER’S LIST will shock and astound its viewers not only with man’s inhumanity to man, but also with one man’s triumph in the face of incredible odds. Oskar Schindler arrived in Poland in 1939 to seek his fortune. To accomplish his goal, Schindler shamelessly bribes the corrupt National Socialists (Nazi) and succeeds in acquiring a failed factory. Almost simultaneously, the Jewish population of Krakow is ordered to register. Schindler staffs his factory with unpaid Jewish workers. When the extermination of Jews in the city begins, Schindler seems determined to “rescue” as many Jews as he can by hiring them to work in his factory. He has numerous close calls when it appears that various persons will be sent away for good to the concentration camps, but he always finds a way to get them back. When the Jews are liberated at the movie’s end, Schindler had managed to save over 1300 from certain death in the camps, although he weeps that he “didn’t do enough.”

Producer: Steven Zaillian BASED ON THE NOVEL BY: Thomas Keneally