STAIRWAY TO HEAVEN (A MATTER OF LIFE AND DEATH) 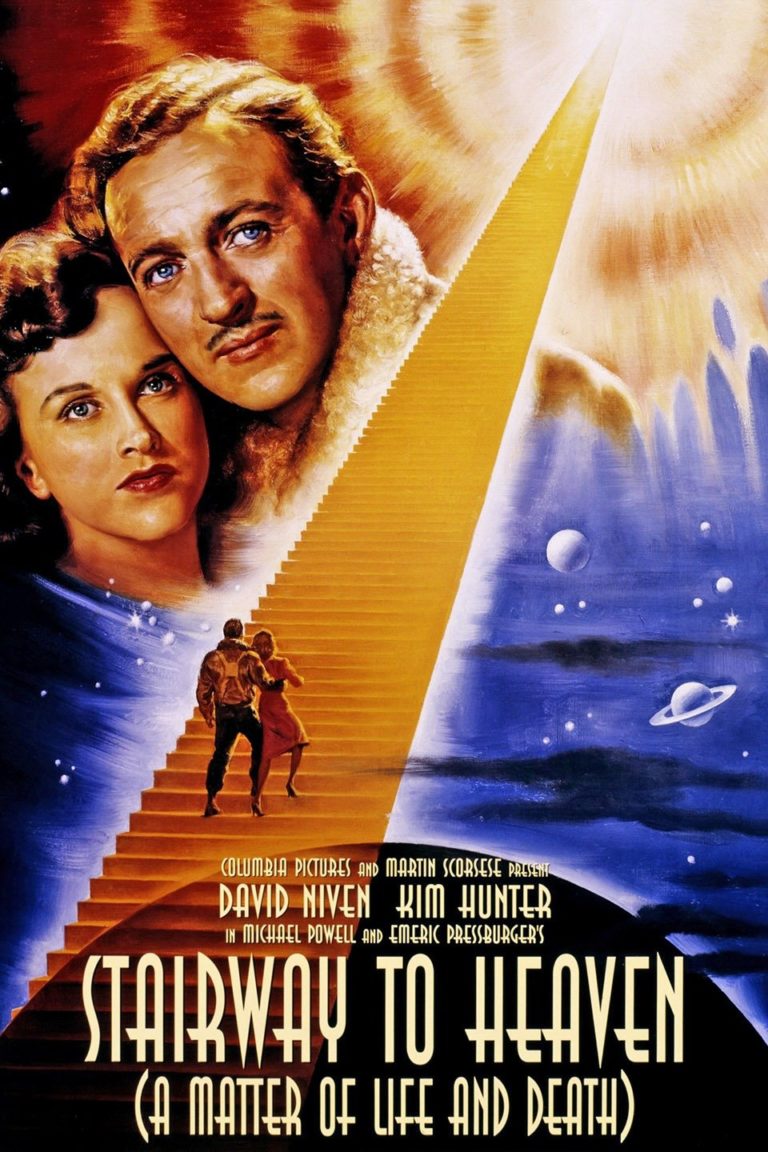 STAIRWAY TO HEAVEN: A MATTER OF LIFE AND DEATH is a fantasy produced 40 years ago set during World War II about an English airman named Peter who wants to live to love an American girl. Heaven made a mistake since Peter should have been killed during an attack. It has no sex, violence, or bad language, but it does have a flawed, unbiblical view of heaven, favoring romantic love over the laws of God.

(Ro, N, A, Ab, M) Romantic worldview where even heaven will stop their law to accommodate love; naked boy on beach; alcohol use; fantastic unbiblical interpretation of heaven where God or Jesus is not depicted & angels can make mistakes

Martin Scorsese again brings back a classic movie STAIRWAY TO HEAVEN: A MATTER OF LIFE AND DEATH. It is a fantasy showing the power of love over the powers of heaven. David Niven’s character Peter Carter is an English airman whose plane has been hit. Peter radios to land and tells the control girl, June, that he is going to jump without a parachute. She tries to dissuade him, but he does it. Peter looks forward to heaven, but he wakes up on planet earth, finds June and falls in love. On a date, time suddenly stops and a man appears to take Peter to heaven. Peter refuses saying he has now fallen in love. The man disappears, time continues, but when Peter tells June the story, she thinks he has gone crazy and calls her doctor friend Frank. The conclusion involves an untimely death by Frank who goes to heaven and defends Peter’s case before a nondescript judge.

This movie has a charming, sweet innocence that affirms chaste love, but it must be understood that it is not an accurate portrayal of heaven. God and Jesus are not mentioned. It is good to see restored prints of old movies on the silver screen. It helps to understand the times in which it was produced. However, care should be taken as it elevates earthly love over the laws of God.