THE HOUSE THAT ROB BUILT 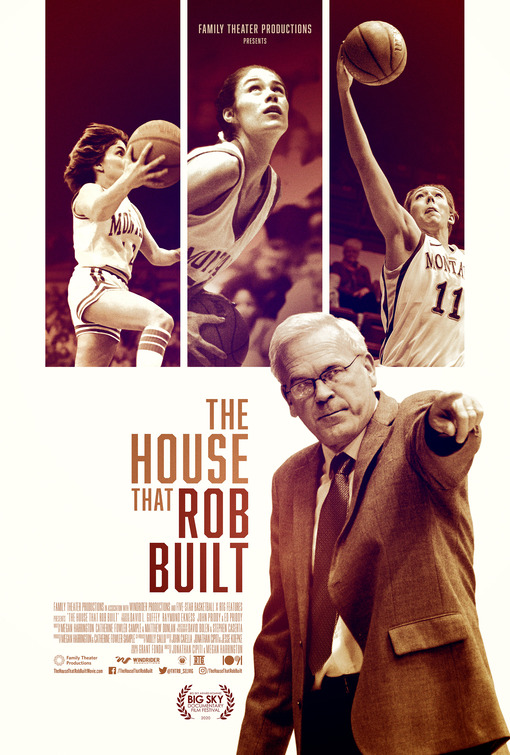 THE HOUSE THAT ROB BUILT is a short documentary. It follows the career of Robin “Rob” Selvig, who coached the Lady Griz women’s basketball team at the University of Montana for 38 years, with over 865 wins to his name. When Selvig was hired, women’s basketball wasn’t nationally recognized by the NCAA. However, Selvig’s vigor for top-notch playing paved the way for collegiate women to have a place on the court, inspiring generations of women.

THE HOUSE THAT ROB BUILT is an inspiring documentary with compelling interviews and beautiful shots of Montana and its scenic countryside. The filmmakers weave together this content in a refreshing, engaging way. THE HOUSE THAT ROB BUILT has a strong moral worldview. Coach Rob cares for the wellbeing of his players and loves his family. A Christian element occurs in one scene when the hymn “Amazing Grace” plays. The movie contains some light feminist elements stressing the ability of college women’s sports, and the Lady Griz team in Montana, to inspire young women. Available on Amazon and elsewhere, THE HOUSE THAT ROB BUILT is an uplifting, family-friendly documentary.

(BB, C, Ro, Fe, A):
Dominant Worldview and Other Worldview Content/Elements:
Strong moral worldview where the subject of the documentary, a women’s college basketball coach cares for the overall wellbeing of his players and loves his family with even a sequence of admitting he could’ve been more present with his family instead of focusing so much on his career, plus a Christian element where the hymn “Amazing Grace” plays in one scene, and some Romantic, feminist elements stressing how young female basketball players dream of playing for an acclaimed female basketball team and soon overcame the obstacle women’s sports lack value
Foul Language:
No obscenities or profanities, but there is a mention of bison excrement
Violence:
No violence
Sex:
No sex
Nudity:
No nudity
Alcohol Use:
Brief depiction of beer in some B-roll footage and mention of social drinking, but no drunkenness
Smoking and/or Drug Use and Abuse:
No smoking or drugs; and,
Miscellaneous Immorality:
Nothing else objectionable.

THE HOUSE THAT ROB BUILT is a short documentary about a college coach who created a legacy for the University of Montana’s women’s basketball team with 865 wins to his name and a host of female basketball players grateful for his efforts to recognize their talents on the court. Available on Amazon and Apple TV+, THE HOUSE THAT ROB BUILT is an engaging, refreshing, family-friendly movie, with a strong moral worldview and light Christian content and feminist elements.

The documentary begins with talking head interviews from former female players of Rob’s who felt that his coaching impacted their lives in a positive way. Next, viewers learn that Rob was born in the small town of Outlook, Montana. Rob played basketball throughout his life but an injury ended any promising of continuing into his early adult years.

In 1978, the University of Montana hired Rob to coach women’s basketball. At the time, women’s basketball wasn’t recognized by the NCAA, and Title XI had passed only three years earlier, making it more feasible to have women’s teams in college sports. So, Rob took on the new territory of coaching the women’s basketball team at U of M, despite the fact that many people didn’t know it existed at all.

Rob’s coaching ability, plus the natural talents and hard work of his players, started to generate excitement, fans and acclaim. Instead of empty bleachers, they were full and then some! The early team was extra special because all the women were from small towns in Montana, which added to their pride. Later in his coaching career, Rob recruited a Native American women named Malia Kipp to play on the team. Kipp’s involvement and success in life led other Native American women to believe they too could go on to play sports or, like Kipp, become accomplished businesswomen.

The documentary goes on to detail Rob’s coaching style (tough but fair) and his many accolades and eventual retirement.

THE HOUSE THAT ROBIN BUILT is an inspirational documentary with compelling talking head interviews and beautiful scenic shots of the Montana countryside. It’s obvious that every interviewee has plenty of knowledge on Coach Rob and his background as well as their own testimony of his positive impact on their lives. The filmmakers weave together this content in a refreshing, engaging way.

The movie has a strong moral worldview. Coach Rob cares for the overall wellbeing of his players and loves his family. There is one segment where he admits he could’ve been more present with his family instead of focusing so much on his coaching career. A Christian element occurs in one scene when the hymn “Amazing Grace” plays. The movie contains some light Romantic, feminist elements stressing how young female basketball players dreamed of playing for the Lady Griz team and overcame the expectation that women’s sports aren’t of value. THE HOUSE THAT ROB BUILT is a positive, family-friendly documentary.

Watch THE HOUSE THAT ROB BUILT: