THE LEGEND OF HERCULES

"Battles to the Death Against Tyranny" 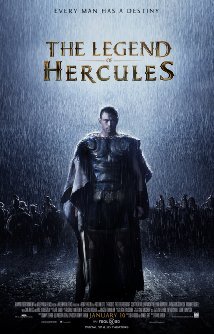 THE LEGEND OF HERCULES is a modern day revision of the famous Greek myth about a Samson-like hero. In this version, the Greek god Zeus impregnates an evil king’s wife with Hercules. As a young man, Hercules has to play second fiddle to his evil half-brother, Iphicles. The problem is, Hercules has fallen in love with a princess intended to be the bride of Iphicles, and she with him. Eventually, Hercules is betrayed and sold into slavery. He must use his formidable powers to fight his way back to his country and overthrow the evil King and the evil half-brother.

One of the false criticisms leveled against the truth of Christianity is the idea that the story of Jesus in the New Testament borrowed from stories about pagan religious heroes and gods like Osiris, Dionysus, Attis, and Mithras.* However, top Christian scholars like J. Gresham Machen of the Princeton and Westminster seminaries and the late Ronald H. Nash debunked this idea in two well-researched books published in 1921 and 1992, respectively. In fact, they showed that some of the Christian-sounding aspects of the pagan stories, which often generated their own cults and rituals, were developed after Jesus and actually stolen from Christian teachings in the First and Second Century. (Nash updated his book in 2003 with even more evidence.)

In 1959, a low-budget, dubbed Italian movie titled HERCULES, starring American body builder Steve Reeves (Mr. America in 1947 and Mr. Universe in 1950), became a sensation in America, earning more than $5 million in the United States alone. In that movie, the story’s climax features Steve Reeves as Hercules, the Greco-Roman hero, using two chains to bring down two huge pillars holding up a roof. The scene seems borrowed directly from the story of Samson in the Old Testament, because none of the well-known legends about Hercules features such an event.

Summit Entertainment’s new Hercules movie, THE LEGEND OF HERCULES, not only borrows from Samson’s story, but also has several allusions to Jesus. These allusions are wrapped into a spectacular, though flawed, revision of the Hercules legend.

In the story, the war-mongering King of Tiryns, Amphitryon, defeats the city of Argos. His wife, Alcmene, is upset by her adulterous husband’s sadistic, jealous ways. She pleads with the Goddess Hera to help her. Hera’s own husband, Zeus, the leader of all the gods, decides to impregnate Alcmene, but this only leads the King to suspect his own wife of infidelity. Alcmene names the baby Alcides, but she’s informed by a seer that his real name will be Hercules.

Twenty years pass. Now a grown man, Hercules has to play second fiddle to his older half-brother, Iphicles. The problem is, Hercules has fallen in love with a princess intended to be the bride of his brother, and she with him. They try to run away together, but they are caught. As punishment, the King sends Hercules to fight in Egypt, but it’s actually a plot to kill Hercules. However, Hercules and the captain of the soldiers, Sotiris, survive and are sold into slavery. Hercules now must use his formidable powers to fight his way back to his country and overthrow the evil King and his evil half-brother.

THE LEGEND OF HERCULES has some spectacular, exciting moments, including the climactic ending, but it has some clunky, corny moments. Also, the love story between Hercules and the princess could be better written and better acted.

As noted above, the story contains some deliberate Christian, biblical references. Hercules is called a savior, and he must rely on his divine father’s power to win the day. At one point, when the evil King has trapped Hercules, the King taunts Hercules in the same way that the Roma soldiers taunted Jesus during His passion. These allusions are to the movie’s credit, despite the pagan sources of the Hercules legend. That said, however, there is, of course, no substitute for the New Testament’s historical description of our real Savior, Jesus, and His death and resurrection.

THE LEGEND OF HERCULES contains a lot of fighting to the death, including some exiting, but intense, battles in gladiator arenas. Also, the story it tells is about a really dysfunctional family. Eventually, the evil king kills [SPOILER ALERT] his wife, and Hercules has to kill his evil stepfather. The evil half-brother also has to be killed. The movie contains no explicit sex or nudity and only two “d” obscenities. However, it does lightly imply Hercules and the princess fornicate when it cuts to them fully clothed lying down, talking, and kissing. Also, the king’s wife sees him coming into a room with his arm around another woman. Finally, the movie implies that a wind coming forcefully to the king’s wife while she’s sleeping and moaning is actually an unseen Zeus coming to conceive Hercules.

The mixed Christian, pagan, moral, and immoral content in THE LEGEND OF HERCULES gives the movie a mixed worldview. The movie also changes the background to the Hercules legend. In the ancient legend, the stepfather is not a bad guy. Because of all this, and the violent death and murder scenes, MOVIEGUIDE® recommends strong caution.

* Osiris comes from Egypt, Dionysus comes from Greece, Attis from Phrygia in Asia Minor, and Mithras from Rome by way of Persia.