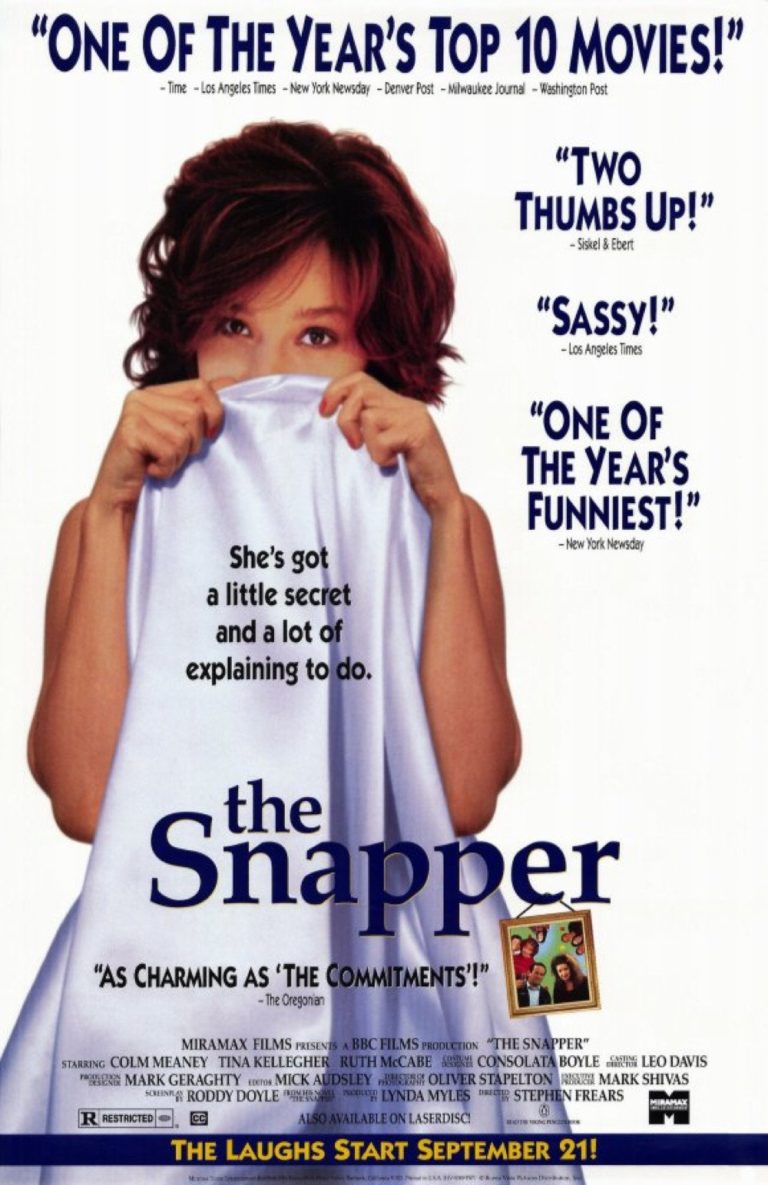 THE SNAPPER is the story of an Irish Catholic family's reaction when they discover their 20-year-old-unmarried daughter is pregnant. Although the photography (shot in Dublin) was nearly inadequate, the sets claustrophobic and the acting not Oscar material, the film, overall, is heartwarming in its wonderful pro-family/pro-life message, regrettably marred by foul language and off-color humor.

The movie THE SNAPPER tells the story of an Irish Catholic family’s reaction when they discover their 20-year-old-unmarried daughter is pregnant. When Sharon informs her family that she is going to have a baby, each of the six members of the Curley family has a different reaction–from anger to embarrassment, to frantic questioning, to loving resignation. In time, although Sharon’s first-named prospective father–a Spanish sailor–may not be the father of her baby, and instead, it is probably the neighbor across the street–her family rallies around her. By the time her baby is born, her father, Mr. Curley, has taken an active role in becoming a surrogate father for the “Snapper”–an Irish term meaning “baby.”

In spite of the foul language, sexual innuendo, inadequate photography, claustrophobic sets, and poor acting, the message this film conveys should win the most hardened viewer’s heart. The scene in which the baby arrives has such a warm, loving, almost magical feel to it that the audience clapped enthusiastically. Their reaction lends strength to the strong, unambiguous, pro-family/pro-life message, which clearly, even if unknowingly, points out how God in his infinite love can, and will, bless on earth all who are willing to live by His laws and commandments, even though salvation comes only to those who accept Jesus Christ as Lord and Savior.