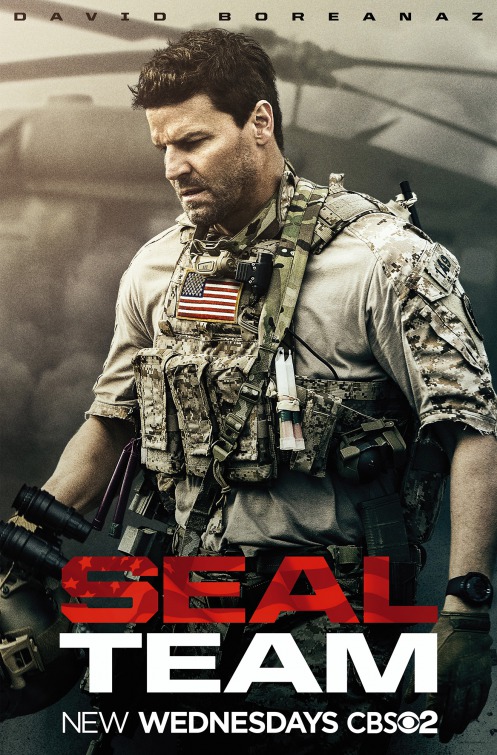 The third-season “Rules of Engagement” episode of the SEAL TEAM series on CBS-TV is a dramatic episode with personal and international significance. The episode opens with Jason Hayes, the leader of Bravo Team, still suffering from PTSD. He has a nightmare one night. Natalie, Jason’s girlfriend, comforts him, but he doesn’t want to discuss the details. Jason and Bravo Team are ordered to Niger to protect an important dam and some American engineers from an immanent Islamic terrorist attack. The attack is being led by a Russian operative. Before they go, several team members undergo their own personal challenges.

“Rules of Engagement” is a dramatic, thrilling, patriotic SEAL TEAM episode. It honors the service and sacrifice American soldiers make while serving their country and making the world a safer place. The episode opposes the chaos and evil that bad groups like Radical Muslim Terrorists, Russia and Communist China spread overseas. “Rules of Engagement” contains brief foul language and lots of action violence during the battle at the dam in Niger. So, MOVIEGUIDE® advises caution for older children for this SEAL TEAM episode.

(BBB, PPP, C, LL, VVV, S, N, A, M):
Dominant Worldview and Other Worldview Content/Elements:
Very strong moral, patriotic worldview honors the service and sacrifice American soldiers make while serving their country and making the world a safer place, Navy SEAL officer leading a team discusses his concern for his men two or three times, the U.S. State Department is attacked for its usual malfeasance (in this case, State Department officials wrongly try to tarnish the reputation of a courageous ambassador who died during a siege by Islamofascist terrorists), and a reference to Russia and Communist China trying to extend their power in Africa and elsewhere around the world
Foul Language:
10 relatively light obscenities (one “d” word, two a** words and seven “h” words) and zero profanities
Violence:
One somewhat graphic but quick image with blood spraying of a bullet hitting an enemy soldier in the head, and the man falls down, plus lots of strong war violence, and some light violence includes explosions, lots of gunfire, soldiers engage in a prolonged gun battle with insurgents over a tall mountain dam stretched over a chasm, soldiers run through a hostage rescue training mission for an important U.S. senator, man suffering PTSD has nightmares about previous battles, and two men get involved in a bar altercation when one of the men is engaged in stolen valor, falsely claiming to be a Navy SEAL and having seen battle overseas
Sex:
No sex scenes, but unmarried man and woman are sleeping together in bed, and man has a nightmare in the middle of the night, so there’s vaguely implied fornication, plus a man mentions putting dollar bills in G-strings
Nudity:
Upper male nudity in one scene, and woman wears black nightgown
Alcohol Use:
Some alcohol use
Smoking and/or Drug Use and Abuse:
No smoking or drugs; and,
Miscellaneous Immorality:
Man in bar caught lying about serving in the United States military as a Navy SEAL, but he is rebuked, and Navy SEAL suffering PTSD talks to a military psychologist in two sessions.

The third-season “Rules of Engagement” episode of the TV series SEAL TEAM shows the leader of Bravo Team, Jason Hayes, still dealing with his PTSD at home, when he leads the team in Niger to protect a dam and American engineers from an Islamic militia attack led by a Russian operative. “Rules of Engagement” is a dramatic, thrilling, patriotic SEAL TEAM episode that honors the service and sacrifice American soldiers make while serving their country and making the world a safer place.

The main plot in the episode involves Bravo Team traveling to Niger to protect a group of American engineers and the mountain dam they’re helping the local people construct. Russia and China are hard at work in Africa and other places to spread their power and control across the globe. A Russian operative is helping the local Boko Haram group of ruthless Muslim terrorists. They’re planning an imminent attack on the dam. Destruction of the dam would set back Niger’s efforts to take advantage of its vast resources for years. More political instability, and more death and destruction from jihadi groups like Boko Haram, will result.

However, Bravo Team has orders not to fire on the Muslim terrorists unless the terrorists fire first. When they see several Boko Haram vehicles and a bunch of men with weapons approach the dam, Master Chief Jason Hayes must figure out a way to get them to fire first. It’s the only way to save the dam and protect the American engineers and Nigerian workers.

Before being deployed to Niger, the Bravo Team members are confronted with several situations. Jason is still having nightmares from his PTSD. He’s reluctant to share details with his girlfriend, Natalie, however. The Navy therapist he’s seeing tells Jason he’s got to stop putting all his focus on his work, on Bravo Team. Otherwise, he won’t have a personal life at all when it comes time to lay aside the weapons of war.

Meanwhile, Jason’s second in command, Ray Perry, is having to face difficult questions from his young daughter about his job. Also, SEAL operative Sonny Quinn has to deal with a man falsely claiming to be a Navy SEAL during a special function at a fancy hotel restaurant and bar. Finally, SEAL operator Clay Spenser is still serving as a SEAL liaison to a powerful U.S. Senator when he becomes disturbed that the State Department is dishonoring the memory of a courageous ambassador who died during a battle overseas.

Most of the SEAL TEAM episodes show the members of Bravo Team handling a special mission overseas while they cope with issues back home. Many of the issues are ongoing and shift. This gives the show’s cast and crew a chance to develop the characters from episode to episode.

“Rules of Engagement” is a dramatic, thrilling and patriotic SEAL TEAM episode. It honors the service and sacrifice American soldiers make while serving their country and making the world a safer place. At the same time, the episode shows the personal toll that military service can bring if you let it consume your whole life, especially if you push away the people you love. The episode also clearly opposes the chaos and evil that bad actors like Radical Muslim Terrorists, Russia and Communist China spread overseas.

“Rules of Engagement” contains some brief foul language and lots of action violence during the battle at the dam in Niger. So, MOVIEGUIDE® advises caution for older children for this SEAL TEAM episode.