SELF MADE: INSPIRED BY THE LIFE OF MADAM C.J. WALKER: The Fight of the Century 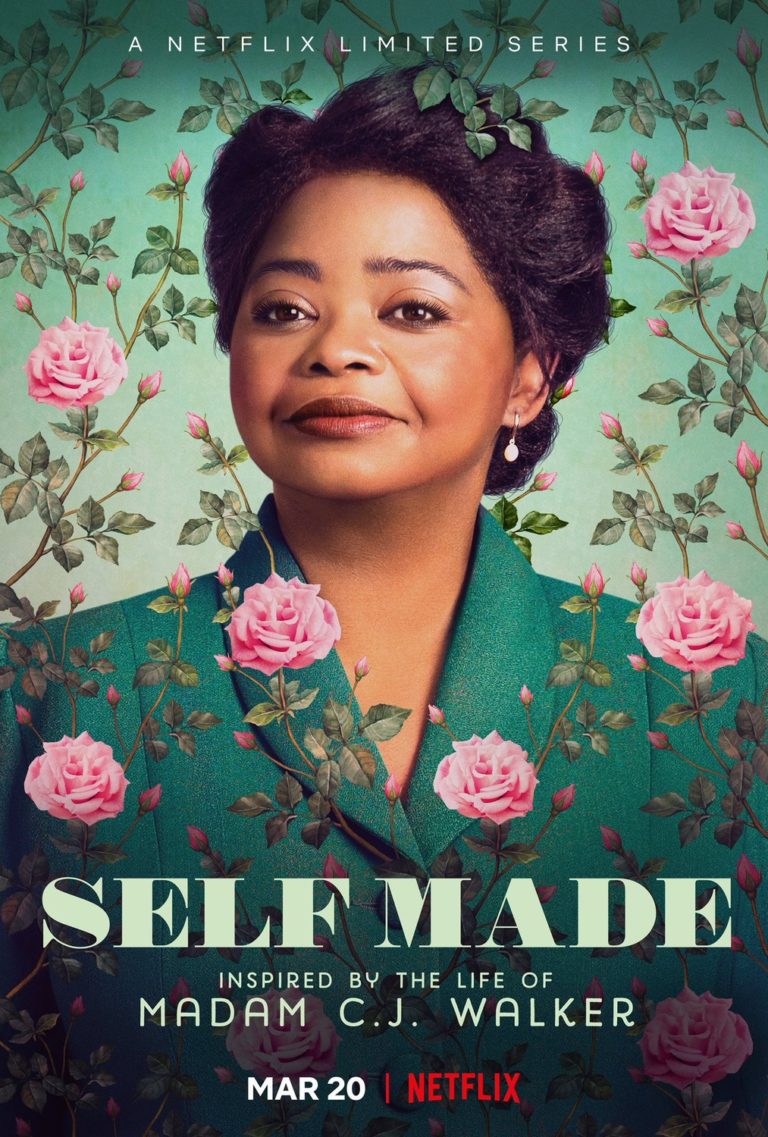 The first episode of SELF MADE, a series on Netflix, shows the beginning of the true story of entrepreneur Madam C.J. Walker, the first Black woman to become a millionaire. After being widowed at 20 and abandoned by her second husband in 1903, Sarah becomes a washerwoman to provide for her daughter. She marries a newspaper ad salesman named Charles Joseph Walker and begins making her own hair protection product. Sarah believes in her product, although the cards are stacked against her as a black woman. The family moves to Indianapolis to jump start Sarah’s business, but meets obstacles.

The first episode of SELF MADE, titled “The Fight of the Century,” is very entertaining and inspiring. The heroine starts at the bottom, overcomes obstacles and works her way up to start a successful business. The episode has a strong moral, pro-capitalist worldview with some Christian elements. It promotes hard work, family, sacrifice, perseverance, and friendship. The first episode contains brief foul language and violence, but the message of hard work and perseverance shines through clearly. SELF MADE is more appropriate for mature viewers.

(BB, C, CapCap, PP, L, V, S, A, M ):
Dominant Worldview and Other Worldview Content/Elements:
Strong moral, light redemptive worldview with strong pro capitalist content promoting American free enterprise extols family, sacrifice, hard work, perseverance, friendship, overcoming prejudice and bigotry, and African American woman starts and runs a successful business, businesswoman overcomes obstacles to success, woman comforts her friend who that is crying, a family moves to another state to jumpstart a mother’s company, and a family works together toward a goal
Foul Language:
Three obscenities and a couple “n” words
Violence:
Light violence includes a man slaps his wife, a woman is shown with a black eye, a house catches on fire, and there is a boxing round
Sex:
No sex scenes but a woman mentions rape
Nudity:
No nudity
Alcohol Use:
Man shown drinking and then hits his wife
Smoking and/or Drug Use and Abuse:
No smoking or drugs; and,
Miscellaneous Immorality:
Racism, lying, deceitfulness.

SELF MADE: INSPIRED BY THE LIFE OF MADAM C.J. WALKER shows the true story of African American entrepreneur Madam C.J. Walker, the first woman to become a self-made millionaire in the early 1900s.

The first episode, titled “The Fight of the Century,” starts with Sarah, known in her community as Madam C.J. Walker, the wife of a newspaper ad salesman is working as a washerwoman to pay for her daughter’s schooling. However, after working every day, Sarah’s hair begins to fall out because and her husband decides to leave her. A woman named Addie shows up to comfort her and uses her hair care product on Sarah. The product works, and Sarah’s hair begins to grow back.

Sarah decides that the hair care business is her passion, and she wants to help others in need. She brings up the idea to Addie about working for her, but Addie denies her request. To prove Addie wrong, Sarah takes 20 cartons of the product and sells them at the market. She brings the money back to Addie to prove she can sell product, but Addie is not convinced, and the two become enemies.

Still inspired, Sarah, who’s married a newspaper ad salesman named Charles Joseph Walker, decides she will make her own hair care product for African American women and sell it herself. Her business picks up but is no match for Addie’s business. Sarah and her family decide to move to Indianapolis for a fresh start and a real opportunity to have a successful company.

Sarah begins to attract customers by inspiring them with her personal stories about the product. She invites the women to her house and gives them a free salon treatment. Just as Sarah begins to make a name for herself in the community, Addie shows up and announces she has just moved to Indianapolis with plans to open a salon.

Will Addie steal Sarah’s customers, or will Sarah expand her business and defeat Addie?

SELF MADE contains a strong moral, pro-capitalist, light redemptive worldview promoting hard work, family, sacrifice, perseverance, the American Dream of starting and running a successful business, and friendship. A woman comforts her friend who’s crying after her husband leaves her. A woman and her family moves from St. Louis to Indianapolis to help jumpstart the woman’s company. Also, the entire family pitches in to make the company work.

The first episode of this limited series is very entertaining and inspirational. It shows Sarah’s story from starting at the bottom and working her way up to become the first female self-made millionaire. Although the series contains brief foul language and violence, its message of hard work and perseverance shines through above everything. “The Fight of the Century” episode of SELF MADE is more appropriate for mature viewers, however.