"Great Dane Portrayal Not So Great" 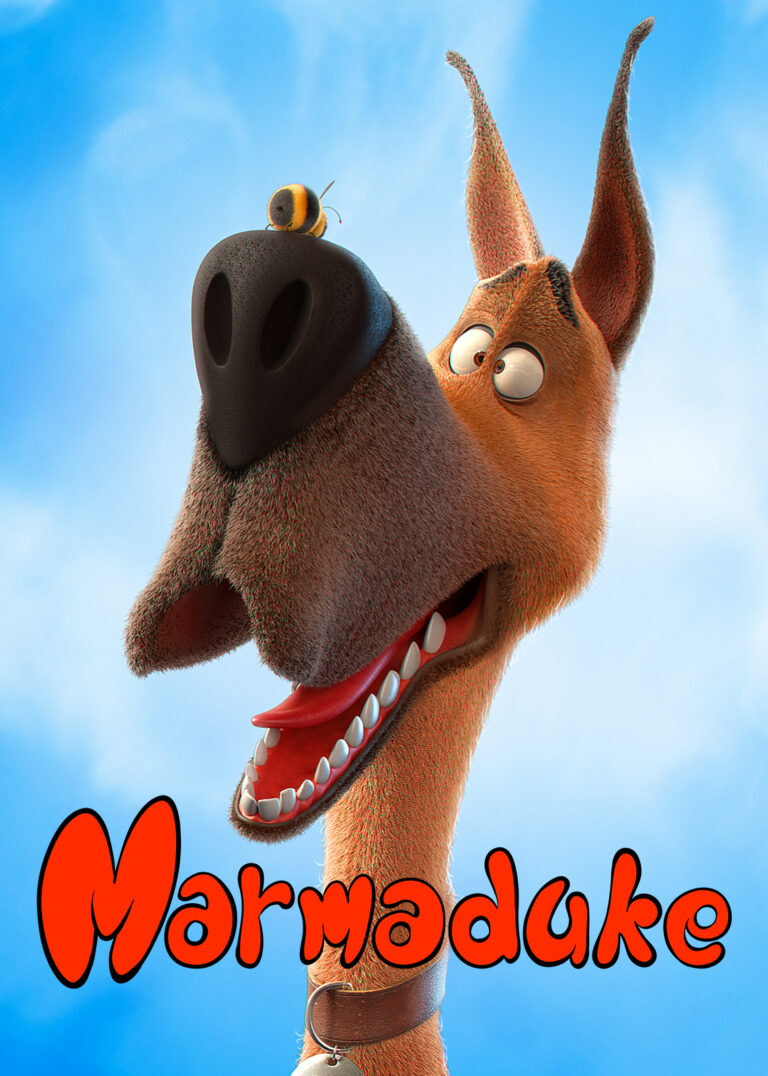 The Great Dane MARMADUKE disgraces the screen in this 2022 animated release on Netflix, which portrays man’s best friend as a wrecking ball catapulting from one disaster to the next. Marmaduke crashes Billy’s birthday party with an unexpected cannonball dive from the second floor of the family home into the backyard pool, releasing a destructive tidal wave. Barbara, Billy’s sister, takes a video and posts it. It then goes viral. The video comes to the attention of world renowned dog trainer, Guy, who offers to transform Marmaduke from an undisciplined cad to a World Champion. Can Guy help Marmaduke overcome his errant ways?

MARMADUKE misses the mark on several levels. He’s supposed to be a lovable big dog who gets into mischief, but this version of Marmaduke has a sense of entitlement and a self-centered attitude. In fact, the movie’s true hero is the family cat, King Tut. There’s a strong moral worldview with a hefty dose “Believe in Yourself-ism.” Slapstick-style cartoon violence is prevalent throughout MARMADUKE, with an extended sequence devoted to potty humor. So, MOVIEGUIDE® advises caution for younger children.

(BB, Ro, V, N, M):
Dominant Worldview and Other Worldview Content/Elements:
Strong moral worldview, but there’s some Romantic elements advising title character to “Believe in Yourself”
Foul Language:
No obscenities or profanities, but there’s an extended scene focusing on the main dog’s excessive flatulence and defecation
Violence:
Some slapstick style cartoon violence
Sex:
No sex, but one girl dog kisses a boy dog on the cheek
Nudity:
Upper male nudity in one scene
Alcohol Use:
No alcohol use
Smoking and/or Drug Use and Abuse:
No smoking or drugs; and,
Miscellaneous Immorality:
Lying, greed and gluttony.

The Great Dane MARMADUKE disgraces the screen during this 2022 animated Netflix release which portrays man’s best friend as a wrecking ball catapulting from one disaster to the next. In the opening scene, Marmaduke literally crashes Billy’s birthday party with an unexpected cannonball dive from the second floor of the family home into the backyard pool, releasing a tidal wave and causing mixed reactions in the family. Barbara, Billy’s sister, takes a video and posts it and then it goes viral. The video comes to the attention of world renown dog trainer, Guy, who offers to transform Marmaduke from an undisciplined cad to a World Champion.

At first, the family isn’t sure about Marmaduke entering dog competitions. When Phil, the family’s dad, learns that one million dollars is the prize money, he’s persuaded to make an agreement with Guy. Marmaduke goes into training and, after some initial resistance, actually starts to make remarkable progress.

After successfully learning the obstacle course and withstanding the temptation of bacon for the appropriate time, Guy enters Marmaduke into a local dog show to test his skills at the competition level. During the preliminary setup, Marmaduke encounters Zeus, a large dog with sensationally shiny gold white fur which dazzles everyone who sees him. Zeus entices Marmaduke to eat a snack prior to competition. Marmaduke can’t resist the snack and consumes a gluttonous amount of food. He becomes miserable and instantly gassy. He does his best to conceal the matter and struts onto the field with Guy. Before one lap around the field, Marmaduke releases voluminous clouds of noxious flatus which envelopes the entire field, including the stands. Marmaduke soars through the air and lands backside down in the winner’s trophy to complete releasing his innards, to the great dismay of all present.

Disgraced, Guy refuses to keep training Marmaduke. Deflated and dejected, Marmaduke runs away from home. As he’s running down the street, he sees the family cat, King Tut, calmly sitting in the middle of an intersection. Marmaduke springs into action saving the cat. By the time Marmaduke saves the cat, it is still difficult to connect with his character as a hero! Ironically, the cat pulls the stunt to save Marmaduke.

Emboldened by a pep talk from King Tut, Marmaduke embarks on a trip around the world performing heroic stunts along the way. The combination of his circumnavigation and Billy’s “shame on you” speech to Guy convinces Guy to take Marmaduke back as a client for the World Dog Championship.

As expected, Marmaduke encounters Zeus again at the competition and many other dog breeds come from around the world. A French poodle, Shantrelle, takes a shine to Marmaduke, much to the dismay of Zeus. Since the narcissist dog Zeus is armed with dirty tricks, will Marmaduke even have a chance to win the competition?

The artistic quality in MARMADUKE is top notch. The artisans involved created a quality product, but, sadly, the storyline and characters are lacking. The movie misses the mark on several levels. Marmaduke’s supposed to be a lovable big dog who haphazardly gets into mischief. A sense of entitlement and a self-centered attitude overrides Marmaduke’s character in this movie, however. Arguably, the main character usually has flaws that he will overcome, but this version of Marmaduke will rub one’s fur the wrong way. Honestly, the true hero of the movie is the family cat, King Tut, who plays “Black Bart” during the kid’s imaginary playtime.

MARMADUKE has a strong moral worldview, but there’s a hefty Romantic dose of advice promoting “Believe in Yourself.” There’s one reference of the family as the “going late to church” type of family. Slapstick-style cartoon violence is prevalent throughout the movie, with an extended sequence completely devoted to potty humor. Finally, there’s one instance of upper male nudity when Phil attends the canine competition without a shirt and a large red M painted on his chest. MOVIEGUIDE® advises caution for very young children.