THE GOOD DOCTOR: I Love You

"Compassion, Love and Faith Are a Blessing" 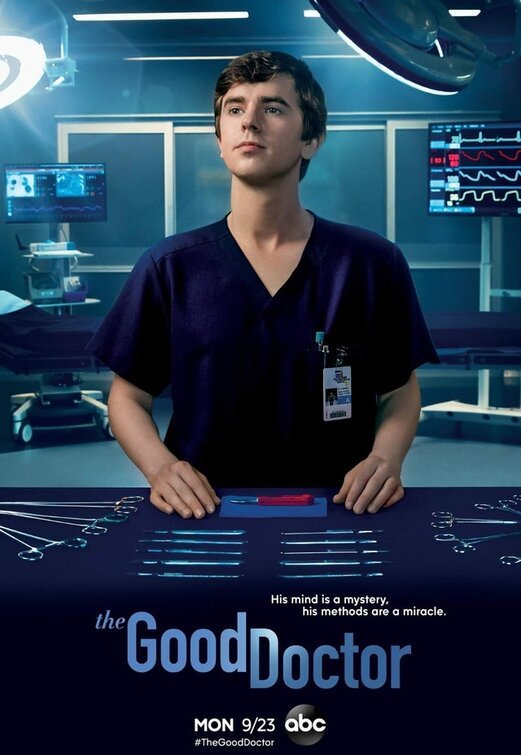 “I Love You,” ABC’s Season Three finale of THE GOOD DOCTOR, begins with high stakes from the previous episode. A major earthquake has struck the Bay Area in Northern California. The doctors, including Dr. Sean Murray, the high functioning autistic doctor in the series’ title, were at a charity event at a brewery when the quake struck. At the beginning of the episode, Dr. Neil Melendez wakes up next to Dr. Clare Brown in an ambulance as she tells him he’s been seriously injured and must be helped first before she helps anyone else. However, Dr. Melendez isn’t the only one in trouble from the earthquake. Will the doctors survive? Will they be able to save everyone at risk?

“I Love You” is well written and acted. The jeopardy is intense, but the careful character development makes the episode even more enthralling. “I Love You” has a strong Christian, moral worldview stressing compassion, forgiveness, love, and even faith. However, MOVIEGUIDE® advises caution for older children because of discussions about violence and some medical scenes with blood in THE GOOD DOCTOR: I Love You.

(CCC, BBB, L, VV, N, A, DD):
Dominant Worldview and Other Worldview Content/Elements:
Very strong Christian, moral worldview stresses compassion, forgiveness, love, and faith and includes teenage boy admits wrongdoing and seeks forgiveness and reconciliation with his estranged father, a doctor doesn’t leave a patient behind even though they might almost drown, a terminal patient discusses the value of the Catholic faith of his youth on his deathbed and admits his love and admiration for someone, a doctor gives her patient a silver cross in response to his story about being an altar boy, doctors risk their own lives to save others, and characters admit their faults and urge compassion toward patients
Foul Language:
No obscenities, one light “for God’s sake” profanity and a mention of vomiting but it’s not depicted
Violence:
Doctors perform a few surgeries with some depictions of blood, but it’s not over the top, there’s a threat of two characters drowning but they turn out to be okay, a doctor amputates a woman’s leg underwater, and there’s some screaming and blood
Sex:
No sex
Nudity:
Upper male nudity when a patient shows some internal bleeding
Alcohol Use:
Mention of drinking
Smoking and/or Drug Use and Abuse:
Doctors discuss medical treatments and a teenager recounts his mother’s overdose, but drug abuse isn’t promoted; and,
Miscellaneous Immorality:
Nothing else objectionable.

THE GOOD DOCTOR: I Love You is the Season Three finale of the ABC medical drama series that mainly focuses on a high-functioning autistic doctor named Shawn Murphy who’s a medical resident in the Bay Area in Northern California.

“I Love You” begins with a high stakes from the previous episode. There was a major earthquake that struck the tri-state area of California, Oregon and Nevada. Doctors Neil Melendez and Aaron Glassman were at a charity event at a brewery when the event occurred. At the beginning of the episode, Dr. Melendez wakes up next to Dr. Clare Brown in an ambulance as she tells him that, despite his frustration about lying the ambulance, he must be looked over before helping others.

Meanwhile, the autistic doctor, Sean Murphy, and a woman are trapped in the brewery’s basement. Worse, they have a much bigger problem than being trapped. A leaking pipe will flood the basement entirely in an hour and kill them if they can’t escape.

Back at the hospital, Dr. Morgan Reznick and Dr. Marcus Andrews attend to a woman who needs surgery, but Dr. Reznick has had carpel tunnel surgery, which has made her hands more slowly. Furthermore, at the ground level of the brewery, Dr. Alex Park comforts a teenage boy with family issues who’s trapped under a beam that’s crushing his organs.

After reaching the hospital, Dr. Browne, with help from Dr. Audrey Lim, do everything they can to take care of Dr. Melendez. However, his internal bleeding is looking worse by the minute and his options seem bleak.

To top off all the high stakes, Dr. Murphy communicates with Lea, a potential romantic interest of his, via walkie talkie. Will his morality trump his desire to leave the woman in his care and be with Lea and safety? Will Dr. Murphy’s fellow doctors pull off miracles for their patients or be forced to surrender to the encroaching shadow of death surrounding them?

“I Love You” is well-written and acted. The jeopardy is intense, but the careful character development makes the episode all the more enthralling. “I Love You” has a strong Christian, moral worldview stressing compassion, forgiveness, love, service, and even some reflections on one person’s Christian faith as a child (see the CONTENT section for details). Happily, the episode has almost no objectionable content. However, MOVIEGUIDE® advises caution for older children for discussions about violence and some medical scenes with blood in THE GOOD DOCTOR: I Love You.