"Adventure Turns into Romance in Malta" 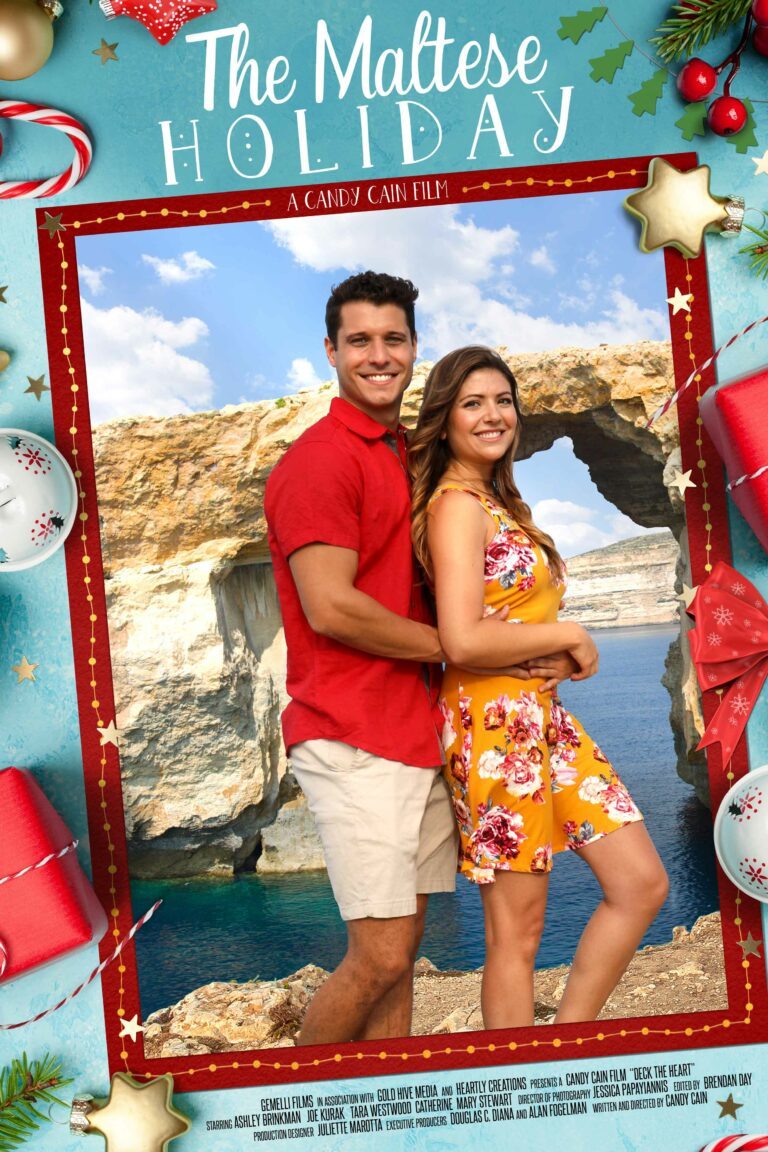 THE MALTESE HOLIDAY is a movie streaming on Pure Flix about two singles, Shea and Michael, who coincidentally end up alone on a Maltese resort vacation. Despite some initial friction, they decide to make an adventure out of it, together. Their budding relationship is filled with action and discovery. Things get out of hand when they drink too much, however. Shea makes a pass at Michael and asks him to stay the night in her room. Looking out for her welfare, Michael declines. The next morning, Shea feels foolish and doubts everything. Has she ruined their romance?

MALTESE HOLIDAY is a fun-loving adventure about two people destined to meet. Beautiful Mediterranean footage, great chemistry between the leads and dramatic adventure makes this movie a whimsical romance. Some dialogue in MALTESE HOLIDAY stresses the importance of family, and there are a few visual references to church and the Cross of Christ. However, there’s the drunken scene in Shea’s room in MALTESE HOLIDAY. Also, there’s no overt mention to Jesus or the real meaning of Christmas. So, MOVIEGUIDE® advises caution for older children and adults.

(BB, C, Ro, S, N, AA):
Dominant Worldview and Other Worldview Content/Elements:
Moral worldview stresses the importance of family, plus a main character wears a cross and a cross on top of a church building is seen in an aerial shot, and there’s some light Romantic, emotional moments
Foul Language:
No foul language
Violence:
No violence
Sex:
A drunk woman asks a man to stay the night in her room, but he’s a gentleman and declines, and the next morning, the woman feels foolish, the couple shares a kiss and a hug, and there’s some close dancing
Nudity:
Upper male nudity when man’s shirt is unbuttoned
Alcohol Use:
Alcohol use, and the two leads admit to drinking too much alcohol after getting drunk, and drinking too much is ultimately rebuked
Smoking and/or Drug Use and Abuse:
No smoking or drugs;
Miscellaneous Immorality:
Nothing else objectionable.

THE MALTESE HOLIDAY is a light romance streaming on Pure Flix about two single strangers whose lives intersect when they are forced into a solo vacation to Malta. Despite a rough start, the singles set out for an adventure that turns into romance. MALTESE HOLIDAY has lots of chemistry, lovely Maltese scenery, and some interesting adventure scenes. There is some drunkenness, and some sex-related dialogue. Any mention of Baby Jesus, or the meaning of Christmas, is missing. So, caution is recommended for older children and adults.

Shea, a photographer and social media blogger, has been planning a dream trip with her best friend, Kristen, for over 18 months. The exciting day arrives. The only problem is, Kristen doesn’t show up. Shea contacts Kristen. Kristen informs her that her fiancé will not allow her travel with a single girl. Disappointed, Shea decides to go on the trip alone. Simultaneously, a reluctant Michael is on his way to an intended honeymoon trip, with his brother who’s been jilted at the altar. Michael’s broken-hearted brother backs out at the last minute, while insisting that Michael go on without him so that the money already spent isn’t wasted.

On the airplane, the overly enthusiastic Shea boisterously vlogs in her seat next to a grumpy, disillusioned Michael, who’s quite vocal about his annoyance with her. Shea tries to converse with Michael when they reach the airport in Malta, but Michael’s not interested. Shea makes a video complaining about the guy she now calls “9C,” in reference to where he was seated on the plane. She quips that the highlight of the flight is that she’ll never see him again.

As fate would have it, the two singles are booked at the same hotel. After some more friction, the two agree to sight-see together while they’re there. Romance blossoms. Shea gets drunk and wants to take things too far, but Michael acts the gentleman, tucks her into bed and leaves.

The next morning, Shea feels foolish and doubts everything. Back home, Kristen relays her skepticism and distrust of Shea falling for a stranger so quickly. Has Shea’s poor decisions ruined any chance for a long-term relationship with Michael? Is this really the love she’s been seeking, or is it just wishful thinking?

THE MALTESE HOLIDAY is a fun-loving adventure about two single people seemingly destined to meet in Malta. Beautiful Mediterranean footage, great chemistry between the two leads, and adventure with some drama, make this movie a whimsical romance. Some of the dialogue stresses the importance of family, and there are a few visual references to church and the Cross of Christ. However, there’s the drunken scene in Shea’s room in the movie. Also, it’s disappointing that there’s no overt mention of Jesus, the Nativity or the real meaning of Christmas in MALTESE HOLIDAY. So, MOVIEGUIDE® advises caution for older children and adults.