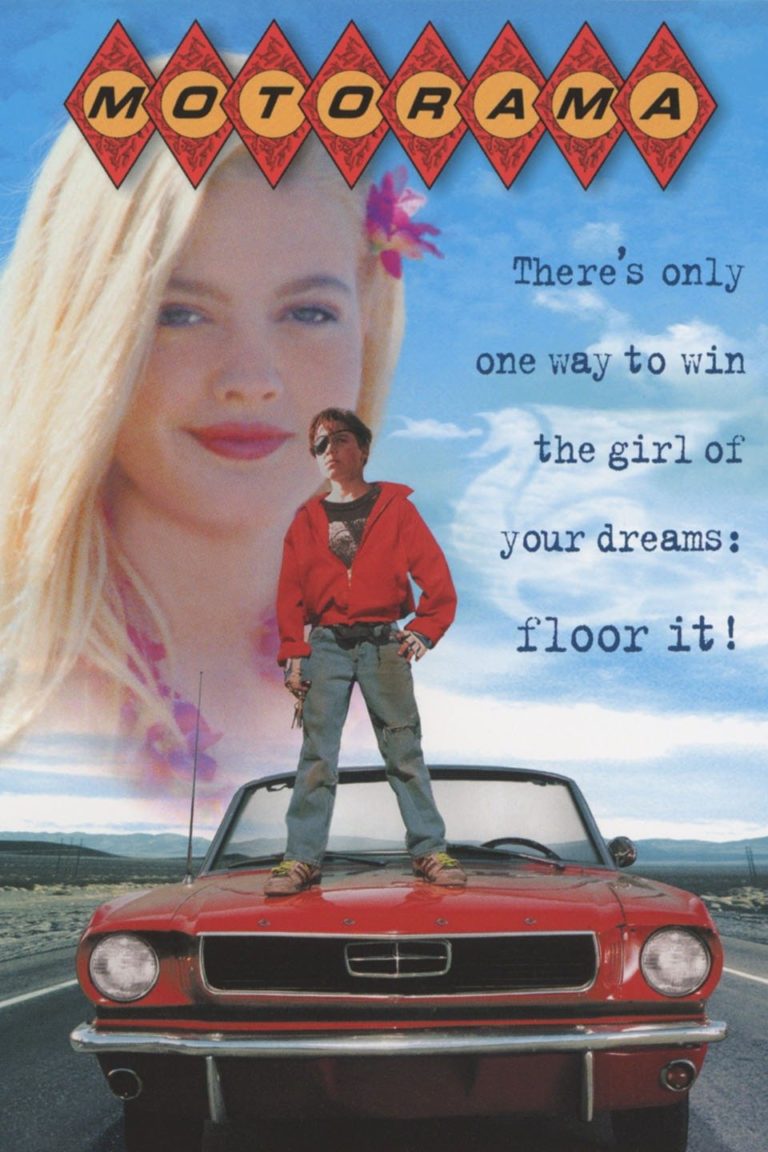 MOTORAMA is the name of an impossibly difficult gas-station sweepstakes game worth $500,000,000 to the non-existent winner in a surrealistic, vaguely mid-1960's caricature of America. It is also a fatally flawed 'road" film, a self-indulgent art-house specialty for those who enjoy bizarre characters (including the "hero," a lying stealing, cussing, ten-year-old), elliptical plot lines and obscure symbolism.

(H, LL, SS, N, VV) Cynical humanist worldview with: 10 obscenities & 20 profanities; fornication in back seat of car; upper female nudity; multiple acts of violence inflicted on child, including blow to face with damage to eye, forced tattooing of arm, and flinging by adults through plate glass window of a multi-story building, surreal beatings in a decayed urban area; & stealing and lying.

MOTORAMA is the name of an impossibly difficult gas-station sweepstakes game worth $500,000,000 to the non-existent winner. In the movie, ten-year-old Gus sets out to win the sweepstakes by robbing his piggy bank and stealing a red Mustang. He needs to obtain cards at various gas stations that will spell “Motorama”–an impossible task since the entire sweepstakes is a scam–a colossal marketing ploy. After a Herculean effort, Gus completes the word and presents himself to the “Powers that Be” who deny that he has won anything and toss him through a plate-glass window 30 stories above the concrete. Since the movie is surrealistic, Gus gets up and walks away and, later, settles down with a space-cadet service station attendant whom he had earlier tricked and trashed.

Undoubtedly, the makers of MOTORAMA had some elemental satire in mind–the mad pursuit of the American dream, the premature destruction of childhood, the inevitable decay of society, or whatever. However, their intentions have been lost in an unpleasant and irritating hash of gargoyles and goof-balls. The movie is a fatally flawed “road” film, a self-indulgent art-house specialty for those who enjoy bizarre characters, elliptical plot lines and obscure symbolism. By comparison, PEE-WEE’S BIG ADVENTURE looks like an episode of Masterpiece Theatre. Fortunately, MOTORAMA will sputter its way only through the extremely limited audiences.