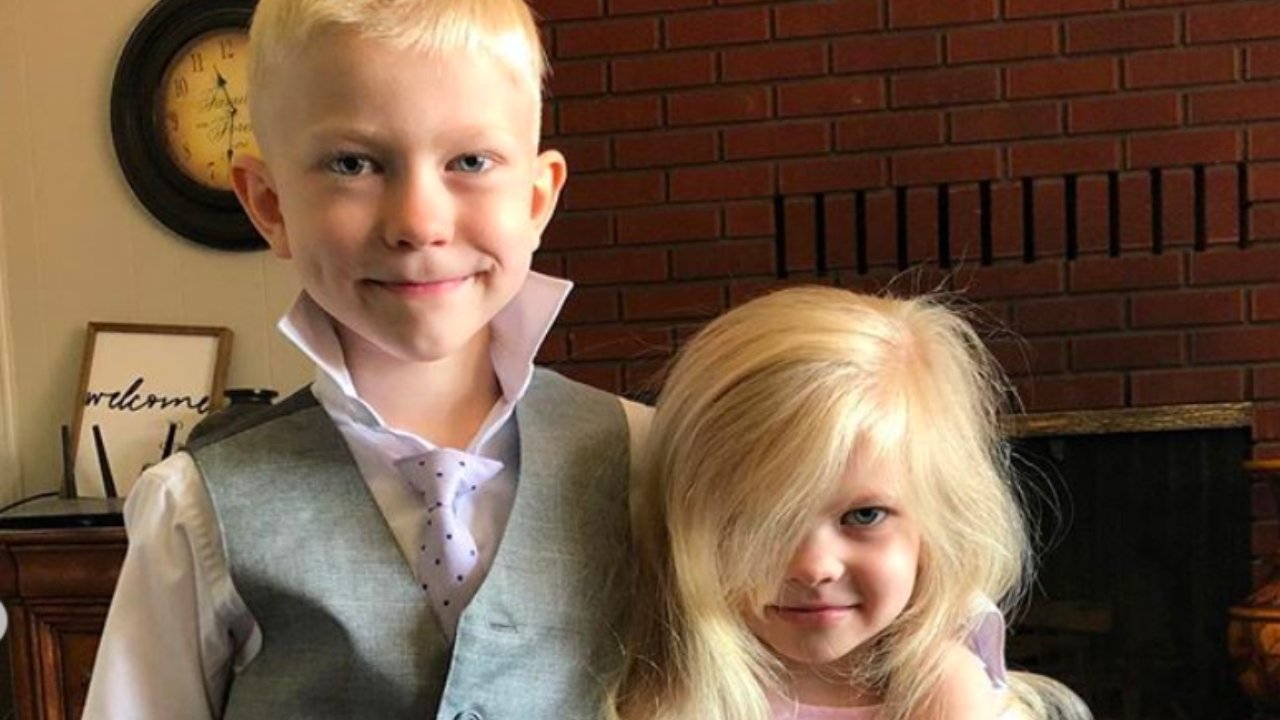 A variety of Hollywood heroes sent Bridger Walker, age 6, messages of encouragement after he sacrificed himself to save his younger sister from a dog attack. Walker’s protective instincts kicked in as he shielded his four-year-old sister from the attack, suffering injuries to the face and head that required 90 stitches and a two-hour surgery.

After getting bitten several times, Walker continued to protect his sister, grabbing her hand and running alongside her to keep her safe.

“If someone had to die, I thought it should be me,” Walker told his Aunt Nikki, who posted his inspiring story of sacrifice on Instagram.

“My nephew is a hero who saved his little sister from an attacking dog. He, himself, took on the attack so that the dog wouldn’t get his sister,” Nikki said on Instagram. “He got home from the hospital last night. I know it’s a long shot, but I’m reaching out to the Avengers and other heroes so that they can learn about this latest addition to their ranks.”

Hey, all. Please, share my nephew’s story so that it gets as much exposure as it can. We know that our little hero would love some words of encouragement from his favorite heroes. On July 9th, my six year old nephew Bridger saved his little sister’s life by standing between her and a charging dog. After getting bit several times on the face and head, he grabbed his sister’s hand and ran with her to keep her safe. He later said, “If someone had to die, I thought it should be me.” After receiving 90 stitches (give or take) from a skilled plastic surgeon, he’s finally resting at home. We love our brave boy and want all the other superheroes to know about this latest hero who joined their ranks. @tomholland2013 @chrishemsworth @robertdowneyjr @markruffalo @prattprattpratt @twhiddleston @chadwickboseman @vindiesel @chrisevans EDIT: I just finished visiting with Bridger at his home. His wounds are looking so much better! He’s in great spirits, and his awesome personality is intact. He can’t smile too widely yet, but he was grinning as I read some of your comments to him. I’d also like to mention here that the dog’s owners are really great people who have been nothing but kind to Bridger and his family. We feel no resentment toward them at all, and—if anything—there’s only been an increase of love between our families as a result of this incident. EDIT 2: Once again we’re blown away by the amazing comments and messages that Bridger’s receiving. I’ve had lots of inquiries about a GoFundMe. Bridger’s family has asked that any one wishing to help out financially can, instead, donate to @mission_22 or @wwp. Bridger is also a huge fan of Science, especially Geology. So I’m going to start a post where people can share with him pictures of cool rocks that they see. EDIT 3: Once again, everyone’s kindness has meant so much to us. I’m trying to get to all of the messages that I can, but it may take some time. For those who have inquired about sending Bridger some rocks, here’s the address to use: Bridger Walker P.O. Box 22141 Cheyenne, WY 82003 #BridgerStrong

According to the family, the heroic 6-year-old caught the attention of several Hollywood heroes, including Mark Ruffalo, Tom Holland, Hugh Jackman, Zachary Levi, and the Russo brothers.

Zachary Levi, the star of SHAZAM!, reached out publicly and offered his prayer for the new hero’s recovery.

“This young man is an ACTUAL superhero,” Levi said. “Praying for his speedy recovery… [I] hope I get to shake his hand someday.”

“I’m not an Avenger, but I know a superhero when I see one,” Hathaway posted to the Instagram. “I can only hope I’m half as brave in my life as you are in yours, Bridger.”

Tom Holland, who stars as Walker’s favorite superhero, gave the young boy a call, inviting him to the set of the next SPIDER-MAN movie.

“If you ever wanna come to set and hang out with us and see the Spider-Man suit up close, you’re always welcome,” Holland said on the phone with Walker. “Your sister is a very, very lucky little girl to have a big brother like you.”

“Captain America here, so I read your story, I saw what you did and I’m sure you heard a lot of this over the last couple days, but let me be the next one to tell you, pal, you’re a hero, what you did was so brave, so selfless, your sister is so lucky to have you as a big brother. Your parents must be so proud of you. I’m going to track down your address and I’m going to send you an authentic Captain America shield because pal, you deserve it.”

The beautiful story of heroism does not end with Bridger Walker’s demonstration of sacrifice, love, and protectiveness for his sister.

“I’d also like to mention here that the dog’s owners are really great people who have been nothing but kind to Bridger and his family,” Nikki added in the post. “We feel no resentment towards them at all, and if anything there’s only been an increase of love between our families as a result of this incident.”

The family’s counter-cultural expression of public forgiveness highlights the truly remarkable story of selflessness and a brother’s genuine love for his sister.