A MATCH MADE AT CHRISTMAS 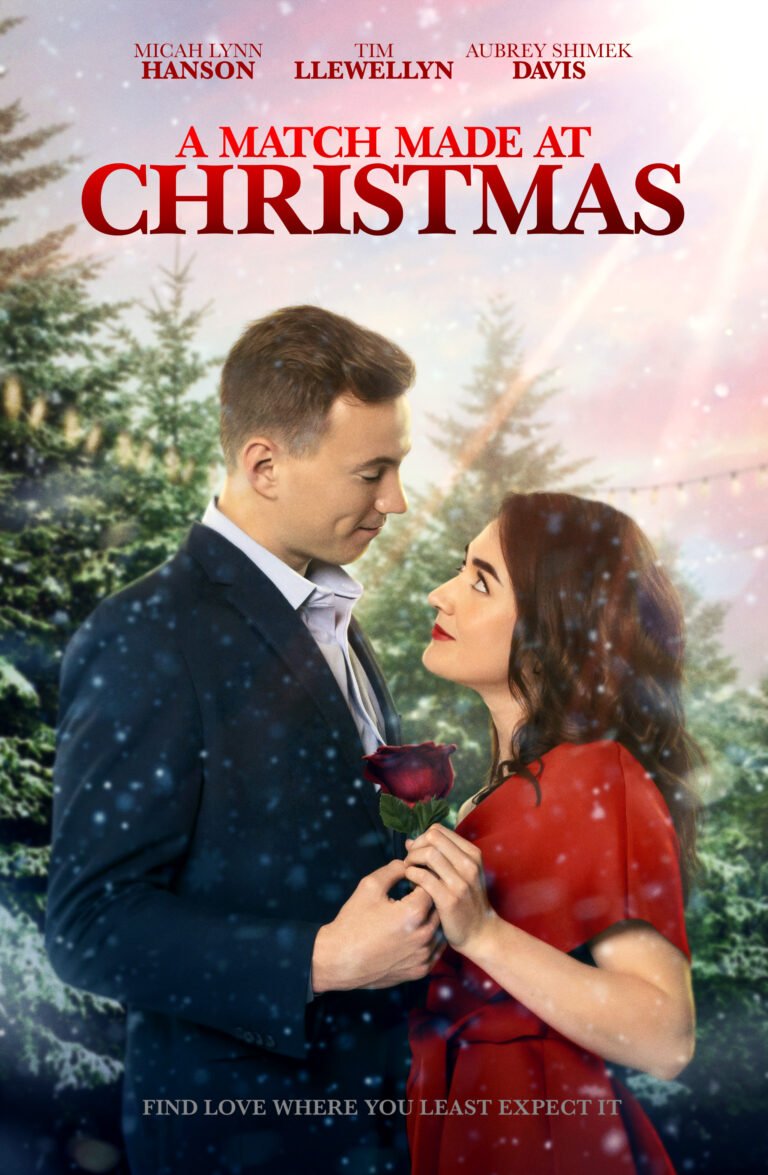 A MATCH MADE AT CHRISTMAS is a romance on Amazon Prime and Pureflix with a nice twist. The story follows Holly and Chris as they become trapped in a small-town, family tradition where two people get matched together get married. However, in their case, the two can’t stand each other. The young woman is a hopeless romantic who doesn’t communicate her feelings and problems, and the man is a cynical, broken person. Over time, however, the two come together and bring out the best in each other. Holly makes a big mistake, though, that not only splits them apart but also hurts her relationship with her brother’s wife-to-be.

A MATCH MADE AT CHRISTMAS is a cute, wholesome, worthwhile Christmas romance. It has some predictable romance movie conventions, but it’s clean, fun and easy to follow. There is no lewd content or foul language. One scene with alcohol is light. The script could use some stronger plotting and pacing, but A MATCH MADE AT CHRISTMAS is still a decent movie overall, with appealing performances and positive moral values about doing the right thing.

(BB, C, A, M):
Dominant Worldview and Other Worldview Content/Elements:
Strong moral worldview with light Christian, redemptive elements is set during the Christmas holidays where the characters are all trying to find the right thing to do by looking at situations and trying to figure out the right thing to do, the lead female character tries to bring joy into a man’s life via Christmas charm and showing there’s more to life than just being comfortable, man helps lead female character learn that her need to interfere in other people’s lives and force her opinions on them can be damaging, story shows how a Romantic, emotional worldview can be harmful, forgiveness is promoted, and the melody to “Silent Night” is heard
Foul Language:
No obscenities or profanities
Violence:
No violence
Sex:
No sex
Nudity:
No nudity
Alcohol Use:
There’s some alcohol use during a bachelorette party, and the maid of honor stumbles a little bit as she goes back and forth between the party and a date she’s supposed to be having with the movie’s romantic interest
Smoking and/or Drug Use and Abuse:
No smoking or drugs;
Miscellaneous Immorality:
Maid of honor withholds information from the bride and her own new boyfriend but gets into trouble doing that and eventually learns her lesson.

If you want a fun little Christmas romance that will warm your heart, you may want to check out A MATCH MADE AT CHRISTMAS. The story follows Holly Everton, a small-town girl who loves Christmas and romance. Holly has spent her entire life helping her family and watching her Great Aunt Lillian make perfect matches. All her life, Holly has been imagining what her perfect guy would be like and hoping her Great Aunt would pair her up with her Mr. Perfect, like she did with her best friend, Angela, and Holly’s brother, Spencer.

At a wedding announcement party for Spencer and Angela, Aunt Lillian finally gives a match to Holly. However, the match happens to be with Chris, Spencer’s cynical friend from college. For a moment at the party, Chris and Holly talk to each other, but both end up hating the situation.

Holly is a hopeless romantic who has big dreams and a big heart but doesn’t always communicate what’s going on with her life. Chris is cynical, down to earth, straightforward, and blunt. At first, the two have some mishaps as the entire town tries to force them together, causing both to get on each other’s nerves and causing some embarrassing situations.

However, as Holly and Chris get to know each other more, they find the good in one another. Holly brings a light of joy and some adventure into Chris’ life, making him go from miserable to happy. Holly gets a dose of reality and some encouragement from Chris to share her true feelings about things and communicate better. Over the Christmas season, the two learn that love is a much more beautiful thing than the imagination can capture.

However, Holly makes a big mistake that not only splits them apart but that also hurts her relationship with her brother’s wife-to-be. Can the situations be fixed?

Available on Amazon Prime and Pureflix, A MATCH MADE AT CHRISTMAS is fairly well done in terms of plot and themes. The main themes include appreciating what is in front of you and that people have choices in life. Holly and Chris are both in a situation they don’t want, and it feels like the choice was taken from them. However, both appreciate their lives and each other a little more. At the same time, they recognize that love is more than just a feeling; it’s a constant and important choice that people must make. The movie’s one major fault is that it’s supposed to be a Christmas movie, but the birth of Christ is not the central theme, the romance between Holly and Chris is.

A MATCH MADE AT CHRISTMAS is a cute, wholesome, worthwhile Christmas romance. It has some predictable romance movie conventions, but it’s clean and fun. Although the script could use some stronger plotting and pacing, A MATCH MADE AT CHRISTMAS is still a decent movie overall, with appealing performances and positive moral values about doing the right thing and spreading joy.

Watch A MATCH MADE AT CHRISTMAS: