CHRISTMAS WITH A PRINCE: THE ROYAL BABY 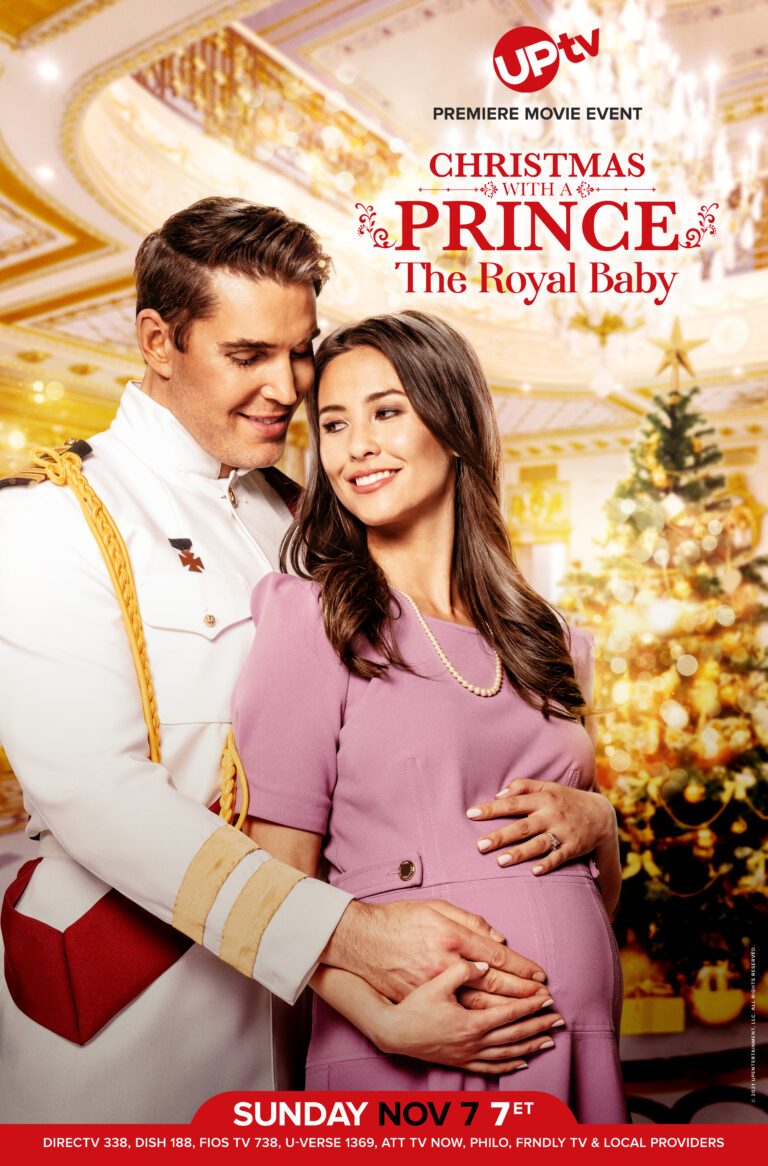 CHRISTMAS WITH A PRINCE: THE ROYAL BABY is the conclusion of the CHRISTMAS WITH A PRINCE movie series. Dr. Tasha and Prince Alexander are about to enter the next stage of their lives – parenthood. However, a troublesome pregnancy, royal duties and some family drama causes them to think about their lives. They focus on solving all their problems, with the help of some loyal servants, friends and family.

Airing on UPtv, CHRISTMAS WITH A PRINCE: THE ROYAL BABY is a fun, charming movie. None of the scenes feel forced. All of them have a genuine dramatic flow about tackling emotional problems while still having a sense of fun about them. Also, the dialogue is engaging and incredibly witty. The actors play their roles to perfection. The quality of the cinematography, editing and story structure is fantastic. THE ROYAL BABY has a strong moral, pro-life worldview. It stresses family, love, duty, and respect for tradition. Every character tries to find the high moral ground and do the right thing. CHRISTMAS WITH A PRINCE: THE ROYAL BABY is nearly a perfect movie for the whole family.

(BBB, C):
Dominant Worldview and Other Worldview Content/Elements:
Very strong moral, pro-life worldview stresses family, love, duty, respect for tradition, and every character is trying to do the right thing by looking outside their feelings and trying to find the high moral ground, plus a Catholic priest performs a baby baptism, but no dialogue occurs in the scene when the priest speaks, and a husband says being a new father is the best Christmas present he’s ever had
Foul Language:
No foul language
Violence:
No violence
Sex:
No sex, some marital kissing
Nudity:
No nudity
Alcohol Use:
No alcohol use
Smoking and/or Drug Use and Abuse:
No smoking or drugs; and,
Miscellaneous Immorality:
Nothing else objectionable.

The third installment of the movie series, CHRISTMAS WITH A PRINCE: THE ROYAL BABY is a wholesome movie airing on UPtv and brings a nice conclusion to this rather clean love story. The movie returns to the lives of Prince Alexander and his wife, Dr. Tasha, as they start a new chapter in their lives: parenthood.

The movie begins by reintroducing the royal couple. Tasha is now pregnant with the new heir of the country of St. Savarre. Prince Alexander’s father, the King, is sure that Tasha is going to have boy, but Tasha isn’t so sure. Despite protests from her husband, the King and trusted servants she still wants to attend to her royal duties as an American ambassador while still being in the third trimester of her pregnancy.

On the royal couple’s trip back to America, and Tasha’s previous place of employment, the movie shows the return of Tasha’s brother, Jeff. Jeff reveals he wants to propose to his girlfriend, Bella, who also happens to head the security for the royal couple. [SPOILERS FOLLOW] In America, Tasha ends up on bedrest and is informed she’s going to have a set of fraternal twins, a girl and a boy. This leads to her father-in-law declaring her son to be the next heir despite the girl being born first. This leads to a battle of wills between the Royal couple and the King about how the tradition of St. Savarre is backwards compared to the rest of the world.

THE ROYAL BABY is a fun, charming movie. Thematically, the story centers on familial love, duty, struggling with change, and respecting tradition. It has a very strong moral worldview, especially when it comes to how the morals of family and respect are involved. The movie’s scenes are typical for a family-friendly movie. However, the dialogue is interesting, witty and engaging. The actors all play their roles to perfection. The quality of the cinematography, editing and story structure is fantastic. None of the scenes feel forced. Also, all of them have a genuine emotional flow and tackling of emotional problems while still having a sense of fun about them.

There’s nothing really objectionable in THE ROYAL BABY. Everything is scaled so that children of all ages can watch it. The main issue is that the movie’s full title is misleading, because Christmas doesn’t play a major role in the story, even though a Christian priest performs a baptism. Other than that, CHRISTMAS WITH A PRINCE: THE ROYAL BABY is a perfect movie for the whole family.