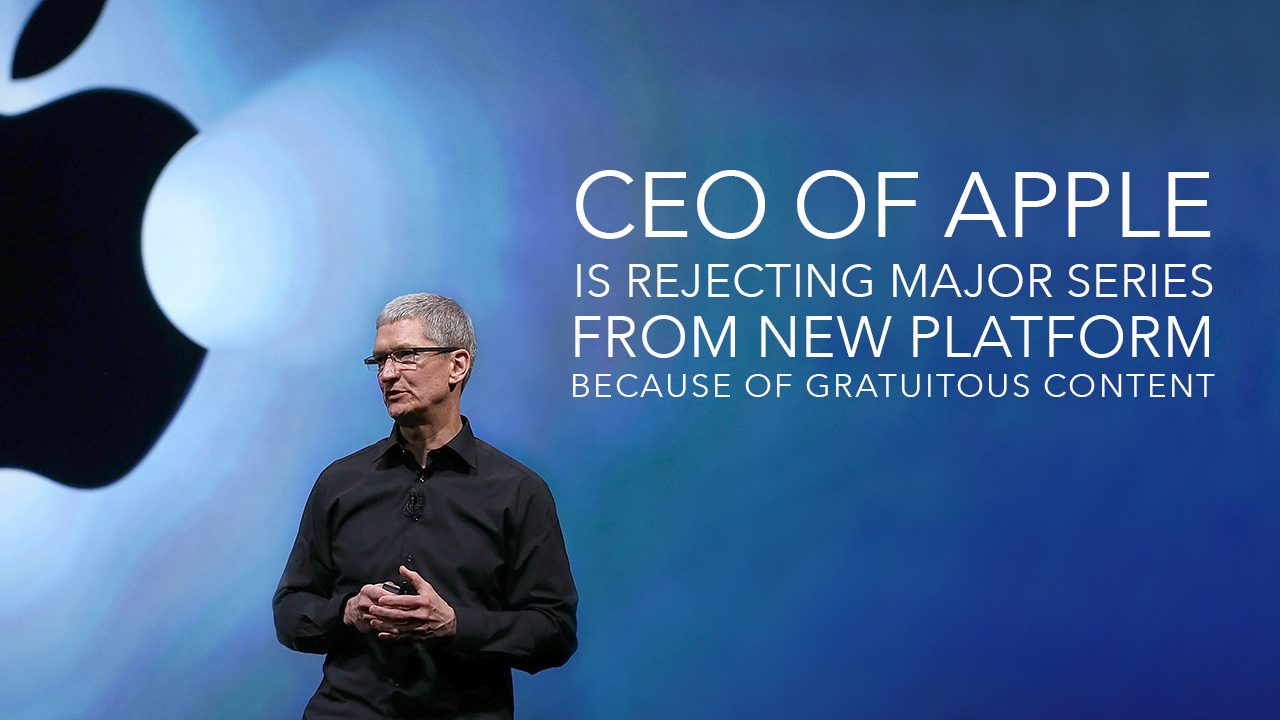 Apple and Dr. Dre have a history together. In 2014, the tech company bought Dre’s innovative headphones, “Beats by Dr. Dre,” for $3 billion. Reports detail, “the decision was made because Apple was afraid to jeopardize its consumer products sales, an issue not faced by streamers like Netflix and Amazon.”

Apple is being very selective about the original shows they want for the new streaming service, much of which is tailored to Cook’s liking. Left-winged comedian Whitney Cummings’ show about the #MeToo movement didn’t make the cut because of the “sensitive” subject matter. M. Night Shyamalan also had to eliminate crucifix’s from a characters’ home in a psychological thriller the Director is making for Apple. Reese Witherspoon and Jennifer Aniston’s TV series was also revised to meet the standards of the streaming site.

Shows that feature sex and violence won’t be making the cut for Apple. “Creatives have been told that violence or gratuitous nudity is not what Apple’s seeks, and a lot of the decisions on what will fly are reportedly being aligned to Cook’s personal tastes, with a preference for family-friendly shows like MADAME SECRETARYand FRIDAY NIGHT LIGHTS.”

For more updates on Apple’s new streaming site and reviews of their original programs, keep checking back on Movieguide®.