Children Shouldn’t Be Exposed to These Ads! 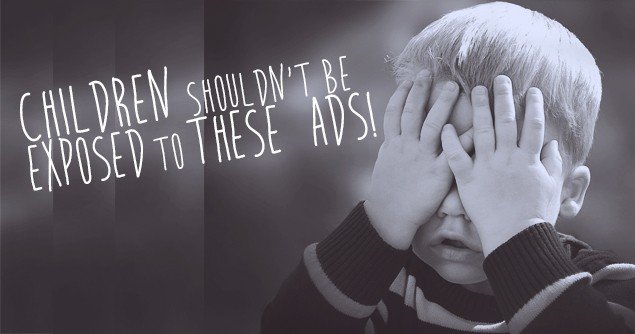 By Dr. Claude A. Curran

As each sporting season draws to an end it seems that the championship celebrations have barely ended when speculation begins over changes in team rosters, who will be back next season and who will not be back. That is the unpredictability of sports.

However, one perennial staple of televised professional sports in the US is those annoying “men’s pills” commercials. These ads seem to have no-cut contracts with all pro sports—baseball, football, basketball, hockey, golf, all of them. It is impossible to watch any professional sporting broadcasts without being molested by these ads.

Most everyone whom I have talked to about these commercials finds them annoying but there has never been much concerted public outcry. I guess it’s a case of learned helplessness, like laboratory dogs who continue, passively, to submit to electric shocks without trying to escape.

Not me, I’m still scurrying to find the remote control, still trying to keep certain information away from my younger kids. There are some conversations, I think, that children should be excluded from.

But what can you do? These corporate bullies– Pfizer and Eli Lilly, the cable and satellite television broadcasters Comcast, Dish, as well as the television networks like ESPN, Fox News, CNN, etc. are making a fortune from these recreational medicines and advertising revenue. Our children’s innocence is mere collateral damage – sorry, folks but business is business.

I am a physician and I have been asking Pfizer drug reps to have these ads removed from television for many years. I think the ads are embarrassing and offensive. I remember hearing one of my children singing Pfizer’s Viagra jingle adaptation of Elvis’ “Viva Las Vegas”. She was 7 years old at the time and already a devoted fan of the New England Patriots; it appears the NFL serves up both an adult and pediatric form of TBI.

In Fall River, Massachusetts the parent of another 7-year-old girl last year received a visit from the state child protection agency after his child apparently explained the physiological effects of these pills to her young classmates.

Two years ago a patient complained to me that a Viagra commercial prompted her 14-year-old son to explain the situation to her 6 and 8-year-old children. Thanks, Pfizer and Eli Lilly!

The State of Rhode Island Child Abuse and Neglect Reporting Guide, in its discussion of sexual abuse states: “Included among the behavioral and emotional indicators of sexual abuse is inappropriate knowledge of sexual matters inconsistent with (the child’s) developmental level.” Must the Guide be re-written?

The State of Delaware has on its various government websites some of the most specific information about child abuse and neglect. They include a detailed list of who is considered to be a mandated reporter. The list includes parents, guardians, teachers, healthcare professionals, coaches, baby sitters, clergy—just about all of us are on it.

Last spring I made a call to Delaware’s child abuse hotline to file a complaint against Pfizer. The young woman I spoke with took my report and empathized with my argument that these ads are illegal. I was contacted by the Delaware child protection services about one week later and was told that they had reviewed my complaint but were not going to open an investigation. I reported, they decided.

Among the diagnostic elements in child abuse is the exposure of children to “developmentally inappropriate information”. These ads have been doing this for years.

In these ads both Pfizer and Eli Lilly use sexually explicit terminology, a vocabulary that evokes specific sexual imagery. By using this language in the context of “patient education” the pharmaceutical companies skirt obscenity laws. In terms of patient safety is it necessary for Pfizer and Eli Lilly to glaringly pronounce a particular non-life-threatening side-effect while avoiding mention of accidental falls and diarrhea? Would accidental falls and diarrhea pique as much interest and conversation in their products? Probably not. But I guess the risk of loose bowels explains the separate bathtubs in Eli Lilly’s Cialis ads!

I am well acquainted with the consequences of childhood sexual trauma; I’ve heard hundreds if not thousands of stories. The consequences of this type of trauma can be catastrophic. Very frequently those who should have been protectors remained silent. I am also familiar with harassment, bullying, and intimidation. These “men’s pills” ads are a pernicious mixture of all four elements.

Several years ago US Congressman Jim Moran introduced legislation to limit the airing of these commercials between 10pm and 6am. He obviously understood that the drug companies would not police themselves. Pfizer would not budge, adamantly defending their right and the urgency of running their ads when children may be watching. At least Moran tried.

Recent California “Paparazzi” laws aim to protect the privacy of the children of celebrities. Shouldn’t both privacy and innocence of children be protected?

Through an internet effort at www.SafeTvAds.com, @SafeTvAds and #Nobitussin on Twitter, airing ads on Christian radio network, and reaching out to religious-based organizations and media, we have tried to organize a boycott of Pfizer and Eli Lilly products. We have also sent a letter of complaint to the Food and Drug Administration Office of Prescription Drug Promotion (OPDP).

For too long these industries have collaborated in the creation of a toxic environment around every television screen in North America and elsewhere. They have been permitted to deform the trajectory of each child’s unique psychological maturation. Pfizer and Eli Lilly and the broadcasters should have known better. In fact, the content in these ads violates Pfizer’s own workplace harassment policy.

The 1989 version of the United Nations Convention of the Rights of the Child, Article 17, discussed the media’s responsibility to give children access to information “aimed at the promotion of his or her social, spiritual and moral well-being and physical and mental health”. Pfizer, Eli Lilly, media companies, advertising agencies, clergy and public officials need to ponder this and act accordingly.

Meanwhile we can skip the Robitussin.

Claude A. Curran, MD, lives in Bristol, Rhode Island, with his wife, Patrizia, and their five children. He practices general adult psychiatry in Fall River, Massachusetts.