Confessions of a Serious Prude. 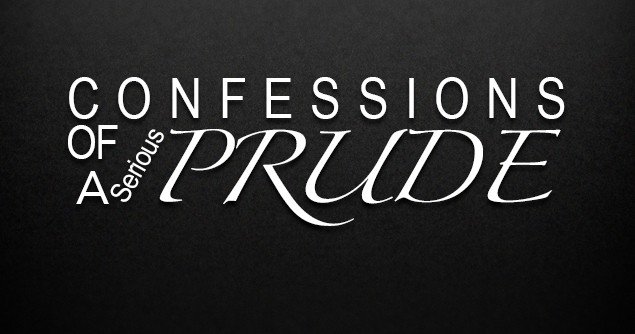 There’ve been times when I’ve been called a prude.

I looked it up. A prude is “a person who is described as being concerned with decorum or propriety, significantly in excess of normal prevailing community standards.” Decorum is “prescribed limits of appropriate social behavior within set situations.” Propriety is “The usages and customs of polite society.”

I am not a fan of “f” words, public nudity or people slurping soup. I’m not rich, but I miss cloth napkins. I prefer china, or even Corelle, to paper plates.

Am I a snob? Few people who know me would think so. I can be a bit of a slob, but I like civility. I like it when people can have a disagreement and carry on a calm discussion. I’m turned off when discussions sink to the level of name-calling. I’m grossed out by profanity.

If someone wishes to call me a prude because they think foul language, free sex, and socialism are preferable to civility, marital faithfulness, and free enterprise, then let them call me what they wish. Calling me a prude, a greedy Capitalist, a racist, or a right-wing hate monger will never make profanity, free sex, or socialism result in anything better than misery.

Think about the implication of being called a “prude.” If a prude wants decorum and propriety in excess of prevailing community standards, then he wants something better for his society that it’s currently experiencing. He wants the prevailing community standards to improve. To call someone a prude is to call them a champion of higher moral standards. Ha! I’ll take that. It’s a compliment!

If someone pointed at you and said, “He (or she) desires higher community standards.” You should bow gracefully, give a dignified flip of the hand, and thank them for their high opinion of you. Try not to get a big head, be humble.

Regrettably, in a crass society, prudes are not popular. They stand as a reminder that being crass is not ideal and never will be. A prude doesn’t even have to give a lecture or get into an argument. Their mere presence in a room full of crass people can make crass people uncomfortable.

Put Tim Tebow in a locker room, and the profanity level will probably decline without him asking for any change in people’s behavior. Any quarterback who makes it through four years at the University of Florida (my alma mater) and can plausibly claim to be a virgin is a king of prudes – a role model for all other prudes to emulate. Many people seem to hate Tim Tebow, because he has a massive prude fan club immensely proud of his prudery. As much as they’d love to see him tossing touchdowns, the greatest thrill is to see him continue to stand firm in his principles – even in the face of ridicule.

The truth is the crass know they are crass. They’re rebellious. They know prudes stand for a more civilized society and they hate them for it. They’ve rejected the pursuit of what they know is good and despise those who still pursue it.

Let the truth be known. I was crass. I was rebellious. I once desired things prudes would definitely shun. I was miserable. I gave my life to Jesus Christ. I said, “You take it. Change it. Lead me where you want me to go.”

I sometimes eat on paper plates. I get Corelle often. I almost never ever see china or cloth napkins, but I never cuss. I’ve been married 40 years and have been faithful. I firmly believe the solution to the problem of poverty is free enterprise, not socialism.

Am I superior to other people? No, just saved and changed. Is it my job to judge other people? No, God will do that some day. My job is to witness to people who are – as I was – crass, unhappy, and trying to pretend that bad is good and good is bad. Many people will never want to be rescued, but some will.

If you’ve ever been called a prude, give thanks. Be the best prude you can be. Aim for higher and higher community standards. Set an example. Look for those who’d like to become prudes. Don’t judge others, rescue them by witnessing to them.