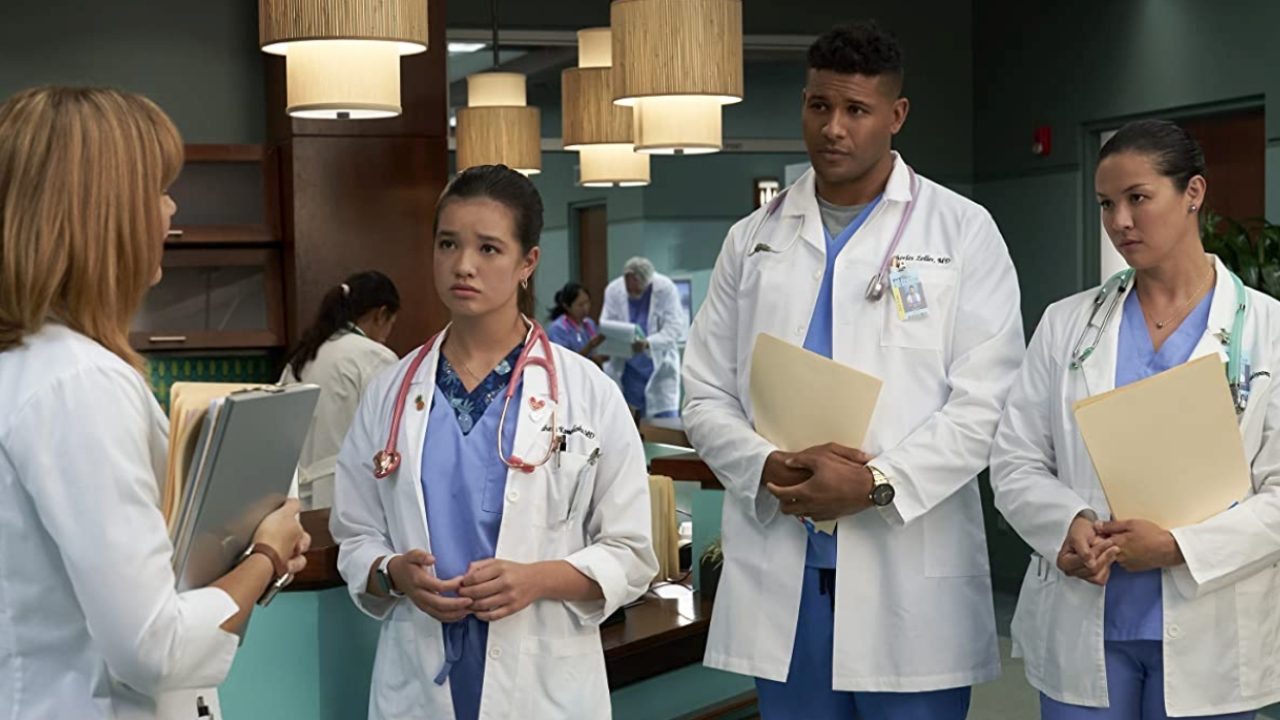 Lee plays Lahela, known as Doogie to her co-workers. Doogie is a 16-year-old prodigy doctor doing her residency at the same hospital where her mother works. The series navigates Lahela’s teenage antics with her career aspirations. Lahela is often accompanied by her best friend, Steph, and her new love interest, local surfer Walter. Lahela has three siblings, a genius sister and two brothers of average intellect, as well as an over-protective father who is grappling with his baby girl growing up too fast.

Throughout the series, Lahela struggles finding her niche since she is not in high school anymore and is too young for her doctor friends. However, she finds where she belongs in both when her friends from both worlds make adjustments so she can be involved in their lives, too. However, Lahela often wrestles with managing an adult career at such a young age, which causes her to butt heads with her mother. A common issue Lahela also struggles with is growing up, sometimes she thinks she is older than she actually is since she is a doctor which causes her to bump heads with her mother a lot.

An overarching moral worldview guides the series with several examples of biblical principles: Lahela is honest, hard-working, and loves the “least of these” through her work as a doctor. The series also places a heavy emphasis on forgiveness and sacrificial actions. However, there are some pagan references to Greek gods for a school project.

There is minor foul language, with one description as “kicka**,” and no other obscenities.

The show contains no acts of violence, but there are depictions of injuries including broken bones and bleeding wounds. There’s also some discussion of dying.

While there is no full nudity, the series is based in Hawaii, and many scenes occur on a beach where the characters are dressed in swim suits. There are some kissing scenes, as well. Characters do not drink alcohol on screen, but they do talk about drinking to manage their problems. Other miscellaneous immorality includes some lying and disobeying parents. There is also some homosexuality depicted in the show as one of Lahela’s doctor friends is gay and talks about his ex-boyfriend and towards the end of the season it is implied that he and another man have interests in one another.

After Disney+ has produced such engaging content, DOOGIE KAMEALOHA M.D. is somewhat of a letdown. The series seems forced, whether is be the writing, the acting, or the directing. Something is off making the actors look bad whether it be their awkward dialogue, their lack of direction, or maybe they just need more practice. Besides that there is a great use of lighting to set the mood of each scene assisting the audience in understanding how Lahela or other characters may be feeling. It should be noted that Lee is a Disney channel star, and Disney channel often has lackluster first seasons as the actors get to know one another and build chemistry.