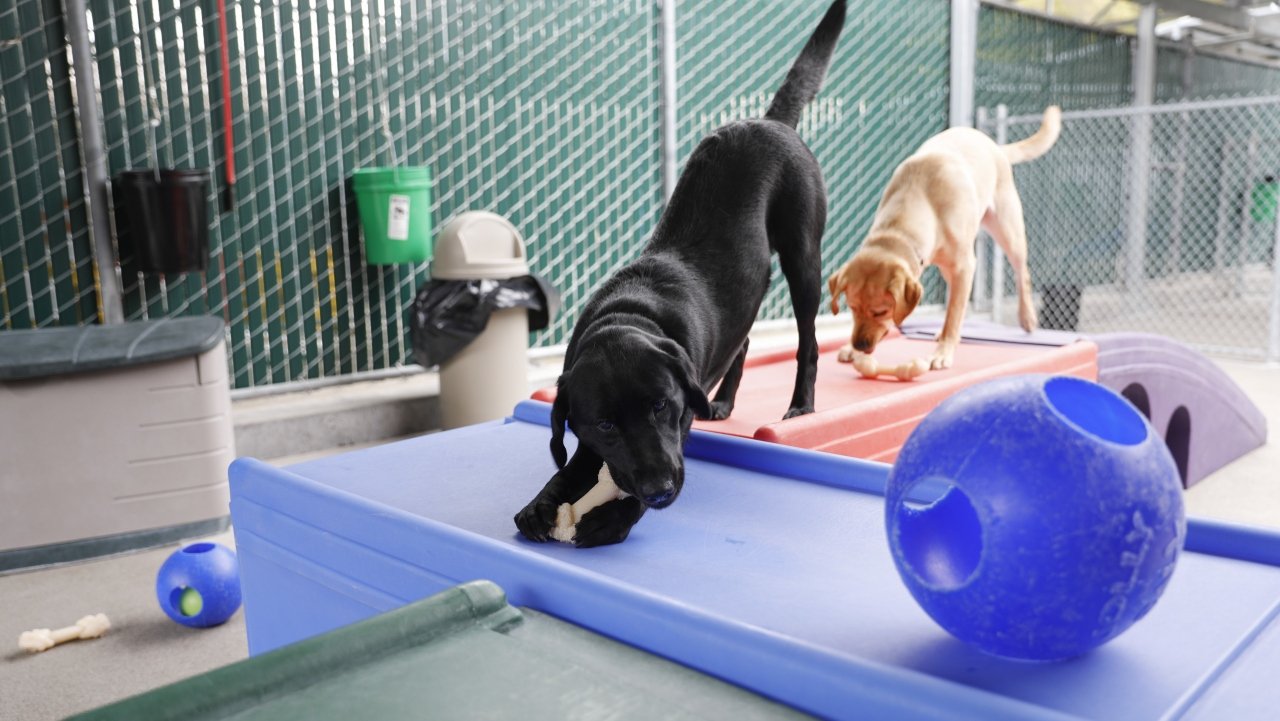 PICK OF THE LITTER is a six episode docuseries on Disney+. It follows the journeys of six puppies as they train to become guide dogs for the blind. The series begins after the dogs have spent over a year with their puppy raisers. (Puppy raisers are families or individuals who give the dogs a home environment to grow up in as they are coached.)

In the first episode, the dogs are tested to see if they have the right temperament to be guide dogs, and it is quickly made clear that becoming a guide dog is a very exclusive and involved process. Because it is so important that the guide dogs are dependable, there are a series of training stages and tests the dogs must execute to perfection in order to become a guide dog for the blind.

While the show does provide insight into the intensive training process that the dogs go through to be trusted as guides, the focus is largely on the human element and how the dogs touch the lives of those who train them and look to them for guidance. It is a heartwarming show for someone looking for an uplifting documentary, but there are a few cautions.

There is the occasional use of OMG, but there is no other language.

Sex is not present in this series. However, a member of one of the puppy raiser families identifies as transgender and gay. The person appears in multiple episodes, but the gender identity is not a main focus of the show.

PICK OF THE LITTER is filled with heartwarming moments of human kindness and perseverance. The families caring for the puppies in their first year are kind and altruistic. Both the families and the trainers want to help blind people to have more independence by giving them guide dogs. Even though families and trainers are sad to part ways with a dog they have bonded with, they are hopeful that the dogs will pass their training and help other people to live their lives to the fullest. The people receiving the guide dog companions are grateful, and share their stories of strength and bravery in facing the world without sight.

There is an especially emotional moment in the final episode when a trainer family meets the blind woman who has received the dog they raised, and they pray with her for her wellbeing and for her dog’s life together with her.

PICK OF THE LITTER is a heartwarming documentary series and will likely be a better fit for families with kids on the older side who would find the emotional journeys of the interviewees compelling.