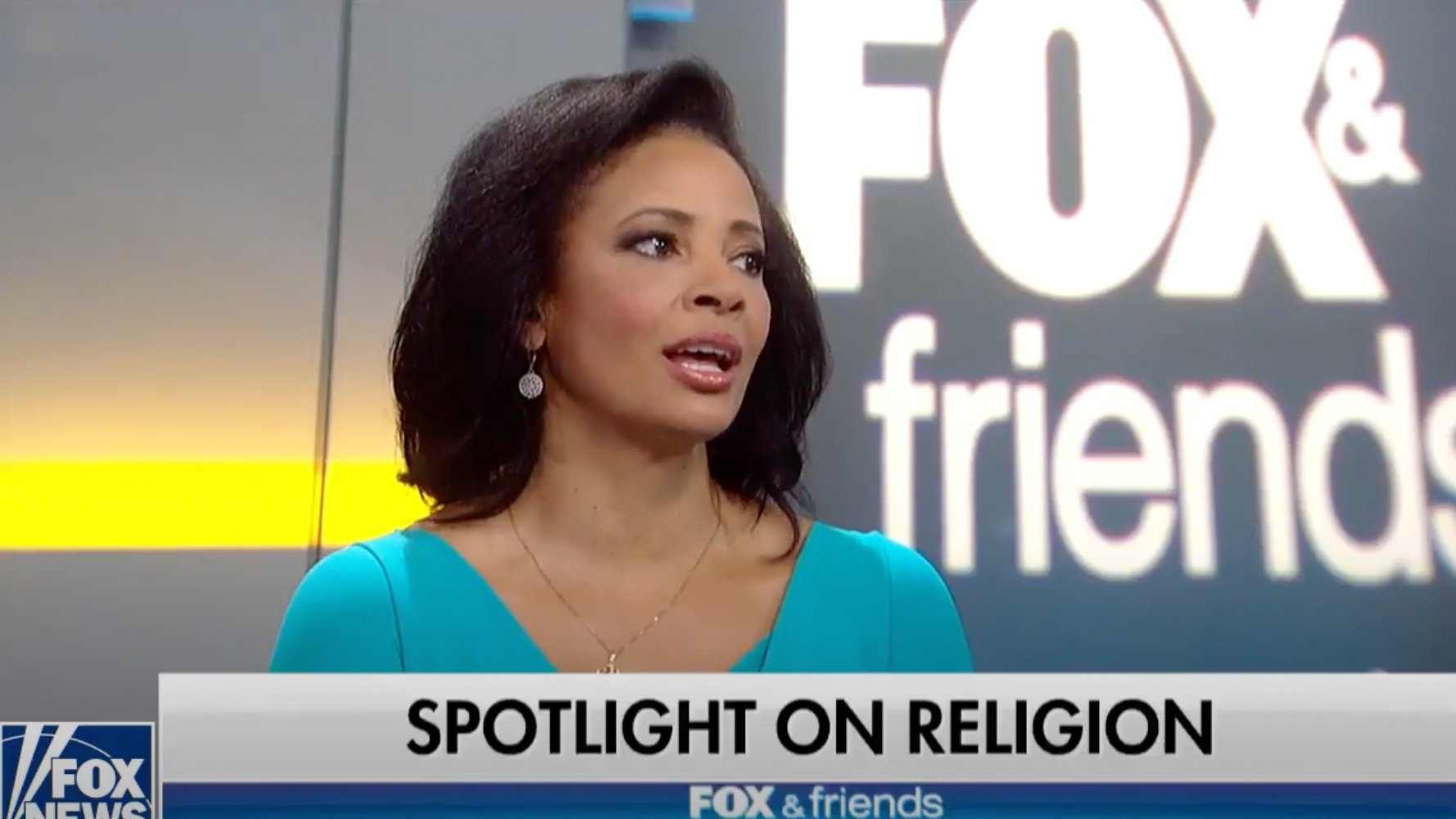 Although Green grew up in a Christian home, working as a journalist was not one of her passions until later in life. Green said that she wanted to become a concert pianist.

However, Green said that her study of music led her to learn more about church history and religion.

”Music is how I understand the world,” Green told Faithwire. “And when I became a journalist, it was as if I was trying to translate into a different language, from the world of music into the world of words. So faith, to me, was that bringing together of those two worlds.”

Despite her faith, Green said that it was not until she had the freedom to ask questions about her faith where she had the assurance of what she believed.

A moment of realization came for Green in 2007, while she traveled with the Abyssinian Baptist Church of New York City on its pilgrimage to Ethiopia.

While analyzing Handel’s “Messiah,” something clicked in Green’s mind about the God she served.

”It was like a revelation that hit me that I realized I saw the 10 Commandments really displayed in the harmonic analysis of the Hallelujah Chorus, and it just hit me, ‘That can’t be a mistake,’” Green said, later adding: ”I know there is no question you could ask that would destroy God.”

Green said that John Lennon’s hit, “Imagine,” reflects how a lot of the world views religion.

“Imagine there’s no countries / It isn’t hard to do / Nothing to kill or die for / And no religion, too,” the lyrics read.

“It strikes me so hard today, because he was so wrong,” Green said. “You will always worship something. The human condition is that we are going to worship something. And if you don’t make a decision about what you’re worshipping, something else will come in there as the default idol, and this is what the Bible warns against.”

Green also called out the idea that all religions are equal.

“That is absolutely not theologically true,” Green explained. “For anybody that actually believes in their faith — and I don’t care if you’re Christian or Muslim or Jewish, Buddhist or whatever — you believe that your faith is the truth. So they can’t all be equal.”

”One of the big mistakes mainstream media makes is that they don’t understand the nature of most religions and they’re trying to project a secular humanist understanding of religions, which is that all religions are basically the same,” she added.

Green said that the media often missteps in their portrayal of religions globally is in the “means of salvation.”

“I think that’s where most mainstream media don’t understand the nature of religions,” she said.

For Green, her goal is to glorify God with her work and her life.

In a 2017 interview Green said: “I know that God wants us to glorify him, and that is what we’re here for, to glorify him with our lives with everything we do.”

In his book The Screen-Wise Family, Baehr encourages parents to teach their children media discernment. One of the most critical steps for media discernment is determining the underlying worldview in the program.

“Subjects such as honesty, courage, and patience, or witchcraft all have clear scriptural contexts to know how they affect a person’s relationship with their Heavenly Father. The term discernment goes beyond identifying ‘good’ and ‘bad’ to see the differences between the two elements and to involve our entire process of thinking, feeling and knowing to recognize the moral and ethical values that align our lives with God’s life map and the nurture of the likeness of his first born, the Christ,” Baehr writes.

“Additional data about an environment is received through the media’s sound-image schema. With a little practice, you can discover recurring themes and underlying principles in the media product. It may be difficult to name the most frequent sound or image, yet once identified, this information unveils any message that might be recited in the mind like an unwanted mantra. Children repeat songs from commercials such as McDonald’s advertisements; ask them to think about what the lyrics mean. Once conscious of these ideas, children will chose whether or not they want to carry them in their hearts and minds. We can help children realize that they can command unwanted images to leave,” he continues.

“Discernment questions address the dynamic interfaces between the readily identified elements and the philosophical and theological messages being communicated that are critical to making personal decisions about what is stored in the memory for future contemplation, or reflection,” Baehr concludes.