Hollywood Loses Out by Often Ignoring the Family and Faith Audience 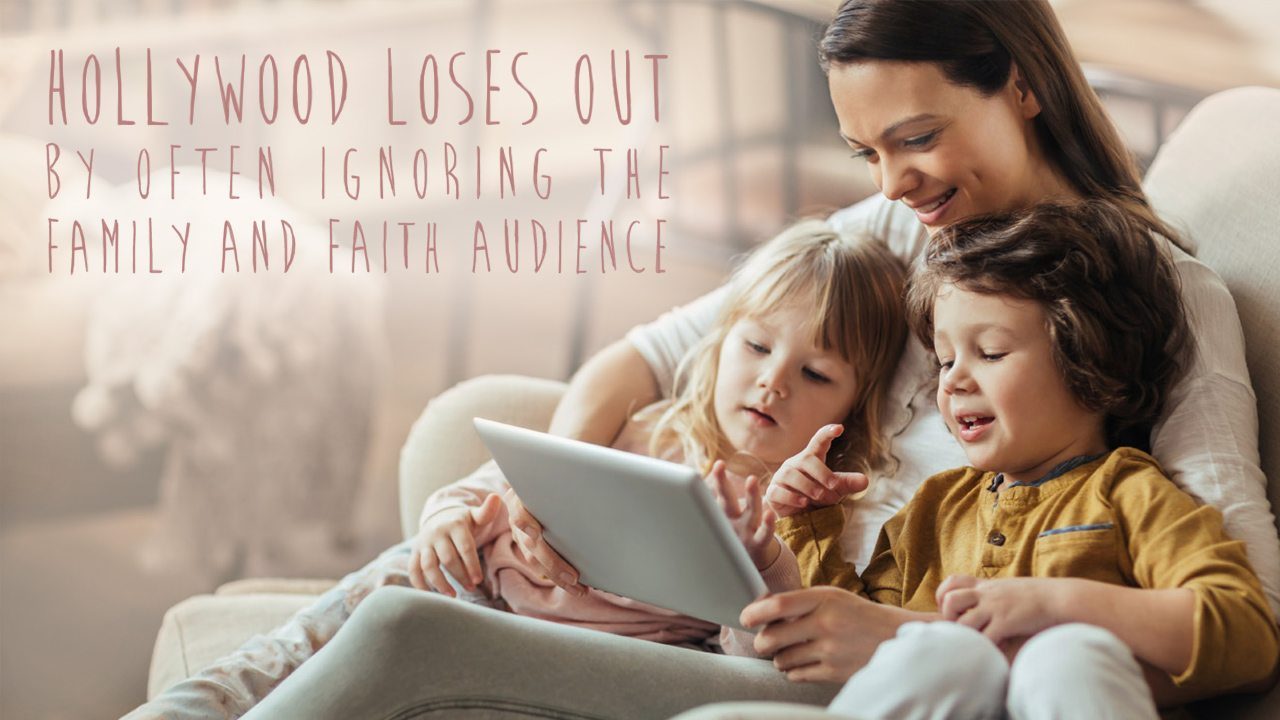 Hollywood Loses Out by Often Ignoring the Family and Faith Audience
By Jerry Newcombe, D.Min.
6/21/17
Why was the Golden Era of Hollywood (as seen in the quality of movies) way back in the 1930s and 40s? It was because of the salt from the Church, both Catholic and Protestant, influencing the outcome of the content. So the writers had to be clever. The actors couldn’t swear, yet they could act out their frustrations in such ways that the idea of swearing was conveyed.
From the 1930s until the 1960s, the Motion Picture Production Code, through influence of Catholic and Protestant leaders and offices they had in Hollywood, provided a type of salt— keeping the movies from going too far. Dr. Ted Baehr, the go-to guy when it comes to movies from a biblical perspective, says they “worked behind the scenes to make sure that the movie industry represented the concerns of the vast majority of the public.”
Two movies with Christian themes or sub-themes were the Movies-of-the-Year, respectively in 1965 and 1966, “The Sound of Music” and “A Man for All Season.” Both were rated G. But then the church pulled out its influence in Hollywood; and by 1969, the first X-rated movie won the Oscar for best picture, “Midnight Cowboy.”
As the films got progressively dirtier, tens of millions of Americans left the theaters in droves.
Today, Sony is trying to offer consumers toned-down versions of movies that contain raunchy moments so that they will be more acceptable as family entertainment. And some in Hollywood are screaming bloody murder.
Hollywoodreporter.com (6/13/17) noted, “Sony’s sanitized initiative faces growing opposition.” For instance, they quoted film maker Judd Apatow, who said, “Shove the clean versions up your [expletive]!”
Obviously, I don’t agree with Apatow. What a great idea. This could win back many potential viewers.
I asked Ted Baehr, who is the publisher of Movieguide, about this. He told me, “I can’t recommend all of these movies, even if edited, due to dangerous or anti-Christian messages inherent in the story, so please still read the reviews. That said, Movieguide commends Sony for taking the step in the right direction of providing families with safe entertainment.”
Indeed, some movies would need more than a few edits to make them acceptable to a family audience. They could not be redeemed for a redeemed audience by just a few edits. The television versions of certain films, which is essentially what Sony is offering, are still quite objectionable.
However, how many times have you seen a movie and realized you liked it, but you think, “Why did they have to have all that swearing in it?” Those who make such films seem to have no idea how offensive it is to millions of people to hear God’s name used in vain, repeatedly no less. God Almighty has said He will not hold him guiltless who takes His name in vain. Jesus pointed out that out of the abundance of the heart, the mouth speaks.
I remember when I saw and enjoyed the Coen Brothers’ wacky film (but I repeat myself), “O, Brother, Where Art Thou?,” which includes a lot of classic Southern Gospel music. I saw it on an airplane and enjoyed it immensely.
Then I dragged my parents and wife to attend the film in a movie theater, and I was shocked. Where did all that needless swearing come from? The holy name of Jesus was misused, as if it means nothing—although the truth is, every beat of every one’s heart is by the grace of Jesus.
Ted Baehr said on my radio show recently: “We look at all the [swearing], the violence, the sex; and we say [to film executives], ‘This is how much it costs you in the box office… We’ve got people that are voting at the box office for the good, the true, and the beautiful….The studios know it, and they like to make more money. But when you suggest taking out one F-word, because sometimes these movies have only one F-word or one bad scene, and they go bonkers….And this is incredible to me…that people confuse their artistic ability with the libertine license to poke their fingers into people’s eyes.”
I welcome what Sony is attempting to do, and I would hope producers would see the light. If nothing else, they could see greater financial profits and wider markets for their films.
Hey, Hollywood, stop ignoring the desires of “flyover country.” You could have a lot more customers that way—plus you could help minimize the moral pollution that plagues our world.
###
Jerry Newcombe, D.Min., is an on-air host/senior producer for D. James Kennedy Ministries. He has written/co-written 28 books, e.g., The Unstoppable Jesus Christ, Doubting Thomas (w/ Mark Beliles, on Jefferson), and What If Jesus Had Never Been Born? (w/ D. James Kennedy) & the bestseller, George Washington’s Sacred Fire (w/ Peter Lillback). djameskennedy.org   jerrynewcombe.com @newcombejerry