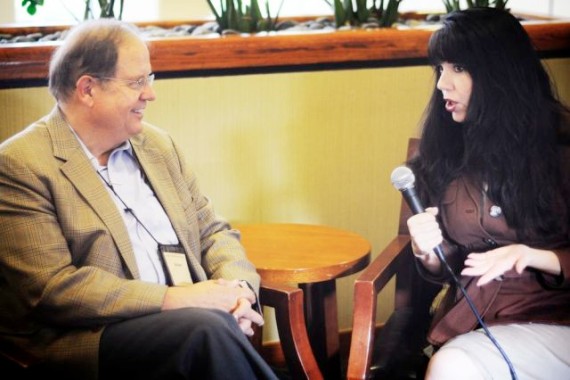 Day 4 of ICVM is always kind of sad…knowing it is all coming to an end. It is amazing how fast you can feel like family with your fellow convention attendees. I knew it would be hard to part at the end of the day.


Because of the 2011 ICVM Crown Awards, there were only morning seminars: Producer, screenwriter and entertainment lawyer Larry Frenzel of Birchwood Pictures expounded on independent filmmaking from development to delivery. Award-winning Canadian screenwriter Kevin Miller (“Expelled”) taught on the art of storytelling, and Movieguide’s Ted Baehr shared scriptwriting tips with an eye for funding and production. The speakers this year have been truly fantastic. The great thing about ICVM is that even though you can’t catch all the sessions, all attendees receive an audio CD of all the sessions for their listening pleasure when they get back home! 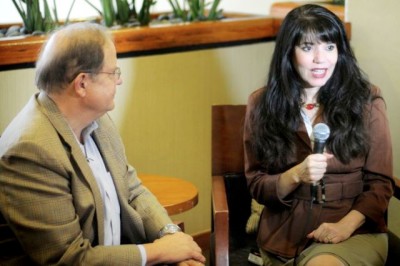 I deeply admire entertainment expert Ted Baehr’s passion for raising values among Hollywood insiders and our culture through the media. He reminds me just a little of my father in his forthrightness, which was evident in my interview with him after his workshop. He told me he would “be nice to me” since I was with ICVM! Ted Baehr is a man with a message who pulls no punches! 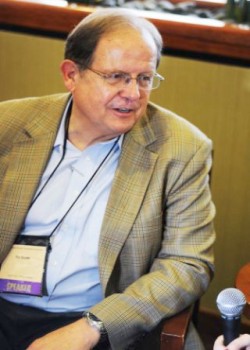 The lunch keynote speaker was VeggieTales creator Phil Vischer, who produces faith-based projects through Jellyfish Labs, and a puppetry video series, “What’s in the Bible.” He told conference attendees, “The world is in such desperate need of our point of view…to take the gospel and put it into story is how we can touch the world.” He also encouraged filmmakers to keep good storytelling in mind as they pursued this goal and remember that the film is not about the ideas but about the characters.

After lunch, and with a bit of free time until the Crown Awards, I squeezed in a few more interviews and then did some packing for the next day…no napping like some were doing! I’m a woman on a mission. Also, I was asked to be a presenter at the Crown Awards so I had to find my co-presenter, Kevin Miller, and do some planning for our little spiel.

Comedian Kenn Kington provided the entertainment for the Crown Awards. We all had a great time as he was really funny. Well, the whole awards presentation was very funny too. Torry Martin decided that Donald Loew needed to lose his “Chinese look” so he loaned him some of his own clothes to “Americanize” him. It was a hilarious sight! Of course, Kevin Miller made history on the ICVM stage when he dropped his pants. (Don’t worry, he had swimming trunks on underneath!) One of the big wins of the evening was John Grooters for “The Frontier Boys” who won both Best Youth Film and Best Drama Over $250,000.

The complete list of winners will be announced in my Examiner.com column. The cameras were flashing overtime after the Crown Awards as attendees captured their last photos with their ICVM friends to remember until next year rolls around again. And a few of the real die-hards stayed up until the early morning hours…that would include me!

Next year’s ICVM will be in Orlando. You better believe that date is on my calendar. Hope it’s on yours too!

Original post may be viewed on CherylWicker.com as well as Cheryl Wicker’s Day 1-3 blogs from the 2011 ICVM Catalyst Conference.