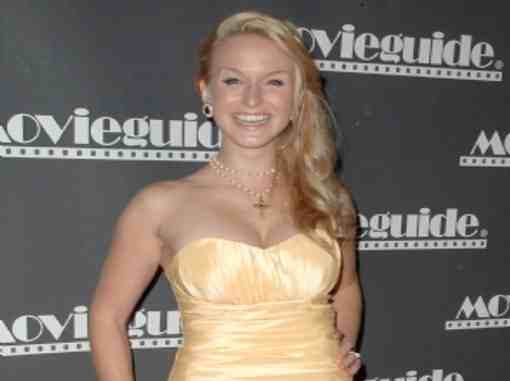 Gotzon’s passion is to play protagonist roles in movies that have the ability to impact and inspire audiences through their storylines worldwide. March 2, 2012 marks Gotzon’s career calendar having not one, but two movies in theaters simultaneously this week “Doonby” and “God’s Country.”

“Doonby” is a mysterious psychological-thriller with a romantic twist and gut-shocking, profound ending starring John Schneider as Sam Doonby who falls in love with Laura Reaper (played by Jenn Gotzon). The audience follows Sam Doonby who meets Gotzon’s character Laura Reaper as she struts her spoiled Mercedes driving self through small-town Smithville, TX hiding behind her fears of failure, insecurity and lack-of-life’s purpose. Reaper on the surface is glamorous with sass, but underneath she has a secret, which Sam Doonby tries to reveal, and in doing so a twist, a wish and the mystery begins.

“In “Doonby,” my character struggles with an alcohol addiction as a crutch to hide her troubles and I hope this subplot may aid those families who have similar battles to find recovery. I know “Doonby’s” theme of life and choice will impact lives and I feel so blessed and honored to be a part this powerful cinematic picture that leaves residue on your soul… a residue that can drive folks to seek truth and get clean,” states Jenn Gotzon. “Doonby” received a standing ovation from The Vatican in Rome who now is a big endorser of this picture brilliantly directed by British filmmaker Peter Mackenzie and produced by Mark Joseph who cast Gotzon after following her on the social network making it the first official Facebook casting of a lead role in a theatrically released film.

Simultaneously showing in theaters is “God’s Country”, “City meets country in this wonderfully made story of friendship, trust and faith. God is honored throughout the film and Meghan soon learns to trust in Him as well…We are pleased to award this wholesome film our Dove Seal.” “God’s Country” also won the 1st Place Directors Choice Award at Gig Harbor Film Festival, 2011, when the film ‘previewed’ at the festival last October and was only 80% finished.

“God’s Country” is an entertaining family-friendly feel-good drama following Jenn Gotzon’s character Meghan Doherty who is an egocentric, Ferrari driving, Beverly Hills powerhouse whose only love is money. As a real estate exec hungry for career success and determined to close on Mohave Desert’s youth camp named God’s Country in foreclosure, she won’t let anyone step in her way, until a rattle of faith, friendship and love cross her path.. life at the crossroad with the question what direction to chose?

“I became an actress because my dream was to play the protagonist in these types of life transformation stories, like “God’s Country” where you follow the character through a relatable lifestyle facing everyday challenges until she has a revelation in the climax of the storyline finding truth which leads to new direction, hope and purpose. “God’s Country” is exactly that and great entertainment. The comedic juxposition of my character Meghan with her designer clothes, high heels, big hair and a Ferrari thrown into an unknown world … a dreadful camp out in the wilderness with bugs, dirt and campers… LOL. When I read the script I was on the plane ride home from another film shoot (Alone Yet Not Alone) and I literally was laughing out loud because I personally lived through some of the hysterical situations the late John Atterberry wrote in his script, like when my dad would bang pots and pans to get me out of bed when I refused to wake up, Meghan hates snakes and I totallllly have a snake-a-phobia, and Meghan has a mountain top experience overlooking out at God’s country just like I did when I decided to accept the role, overlooking the morning sunrise in my countryside Pennsylvania home during Thanksgiving 2010. This movie truly was a dream come true that has an inspirational message about doing the right thing.. and PS. My husband Chris Armstrong who directed the movie and I were hired independent of each other (great story). Chris was hired as the director and hit a grand slam for this movie. He made this movie look like a multimillion dollar picture with his mastermind creative vision and due to his quick strategy intellect, he was able to find unique storytelling through the use of how he moved the camera and actors to bring the script to life under a tight shoot schedule and championed the entire post production in good faith after the sad passing of John Atterberry.” excitedly shares Gotzon.

Since Gotzon was 15, she would walk out of a movie theater feeling exhilarated from her head to her with a fiery passion inside her soul that propelled her to continue pursuing her dream to play emotionally rich characters in stories that are inspirational and redemptive. Her journey wasn’t easy starting with rejection from her high school drama teacher telling her she wasn’t talented enough and would never make it in acting, continued by not having money to attend school and study acting professional, followed by severe illness where she was hospitalized on and off for over a year, along with being in a dysfunctional emotionally harmful relationship causing post traumatic disorder… Through all these obstacles Gotzon continued building her foundation in God by reading the Bible, praying with her mom and friends, attending retreats, fellowshipping at church and putting her trust in Jesus. The conquered victories include being cast as a professional actress in murder mystery dinner theater the same day her drama teacher rejected her and she obtained financial scholarships to attend The New York Conservatory for Dramatic Arts. The illness was hard for her to recover and took time. Gotzon grew up in Pennsylvania, studied in New York City, was a dancer for Walt Disney World, competed for the Miss America Pageant system (local level) in Virgina Beach, transitioned to Silicon Valley, CA and began acting in independent movies in San Francisco, met her husband Chris Armstrong and moved to Los Angeles. Throughout this journey, Gotzon continuously pursued acting for film obtaining her first lead role in a low-to-no budget independent feature film “Julie and Jack” in 2002 where she won Best Actress (Global Arts Film Festival in Sacramento, 2003) and continued with a variety of day jobs including working for Google before they went public, promotional modeling, background/stand-in work and market managing at The Hollywood Bowl for Fidelity. Gotzon never took her eye off her dream or stopped praying to play leading lady roles in powerful cinematic stories that can inspire and impact audiences in movie theaters across the world…and this week starting March 2, 2012 makes career history for Jenn Gotzon with two dream roles in two dream movies in select theaters nationwide… a seventeen year old prayer answered.

Gotzon, like many actresses, admires Meryl Streep and loves playing character transformations for real life characters in history. Gotzon would love to work in action movies, romantic-comedies and sports movies. Gotzon said, “I’ve always wanted to work on a softball movie or a film that takes place on a ski mountain where the lead female is an avid skier. I also love to do a western with horseback riding, yeee-ha!”

Jenn Gotzon has many movies on the horizon coming out this year including political-docudrama “Dragon Day” directed by Jeffrey Travis about China repossessing America because of American debt where Gotzon plays a beautiful, free-spirited college grad Rachel Evans; crime-suspense thriller “Untouched” directed by Raphael Vieira about a woman on trial for killing her baby where Gotzon plays a tough-as-nails District Attorney Reese James; inspirational drama “I Am… Gabriel” directed by Mike Norris about a boy who mysteriously arrives in a hopeless town and shows them how to pray where Gotzon plays the energetic towns ambitious news reporter Monroe; old Hollywood 1940’s dramedy “The Screenwriters” directed by Peter Forbes about two studio writers forced to complete a feature length film in twenty-four hours or they are fired where Gotzon plays the glamorous and charming old Hollywood starlet Ms. Elaine Gibson, French and Indian War true-story drama “Alone Yet Not Alone” directed by Ray Bengston / co-directed by George Escobar about two sisters captured and separated by the Indians who fight for years to find each other where Gotzon plays the historical British captive Lydia who sacrifices herself to save the children, fantasy-musical with a twist of faith “September Skies” directed by Don Wahl about a rock band who falls about and finds themselves again where Gotzon plays the keyboardist rockstar Rosie, The Divine Comedy’s legendary “Dantes Inferno Documented” directed by Boris Acosta which is a documentary about Dante traveling through all chasms to find his love heroine Beatrice played by Jenn Gotzon, and dramatic short film “Charlie” created by Deborah Kay and Rita Kay for the 168 Hour Film Project about a battered mom rescuing her daughter and loses everything until she sees the way where Gotzon plays the emotionally distraught young mom Abbey. All these films are socially relevant sharing the same commonality, they are all family friendly, value enriched, and/or redemptive with stories to inspire and impact audiences.

Gotzon has a passion to inspire, serve and give back in all she does because she knows the road is tough, long and all about the journey not the destination. She enjoys dialoguing with new friends on her facebook page www.facebook.com/jenngotzon.fanpage where she hopes to be able to share any pearls of wisdom with anyone aspiring to similar passions. Gotzon’s motto: ‘Live your dreams with prayer, perseverance and faith in God.’