Making Careful Movie Choices First Week of June and Beyond 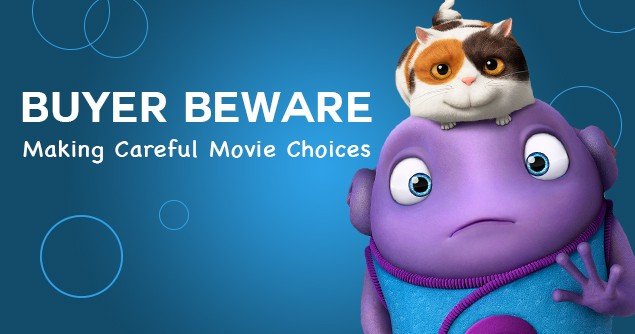 Making Careful Movie Choices First Week of June and Beyond

On June 1, Box Office Mojo shows that there are some top box office movies at this time that look appealing to kids but are not appropriate for children or families of young people. Fortunately, also on June 1, Box Office Mojo reveals that many good movies for children, families and more have continued in theaters for many weeks and even months in some cases. Moviegoers as buyers or consumers must beware of titles or movie posters that look appealing to children or youths but may not have stories that are appropriate for them. Fortunately, reviews of movies for families and more are readily available on excellent sources such as Movieguide. Savvy consumers, whose ticket sales influence Hollywood and independent studios, are making a difference. Over many years research has shown that family-friendly movies stay in theaters longer and make more money over time, which in turn promotes the production of ongoing, family-friendly, intergenerational movies.

It has been interesting to watch how consumers have kept the movies they like in theaters far beyond the expectations of some movie critics. Consumers have even enabled some movies that critics have panned to surprisingly climb in box office rankings and have more success over time. As consumers share with their friends, families, and social network connections their enthusiasm for their favorite movies, it makes a difference in the success of those movies and the future production of more like them. Consumers are learning how to use consumer power for social, cultural, and eternal good in promoting family values in redemptive movies.