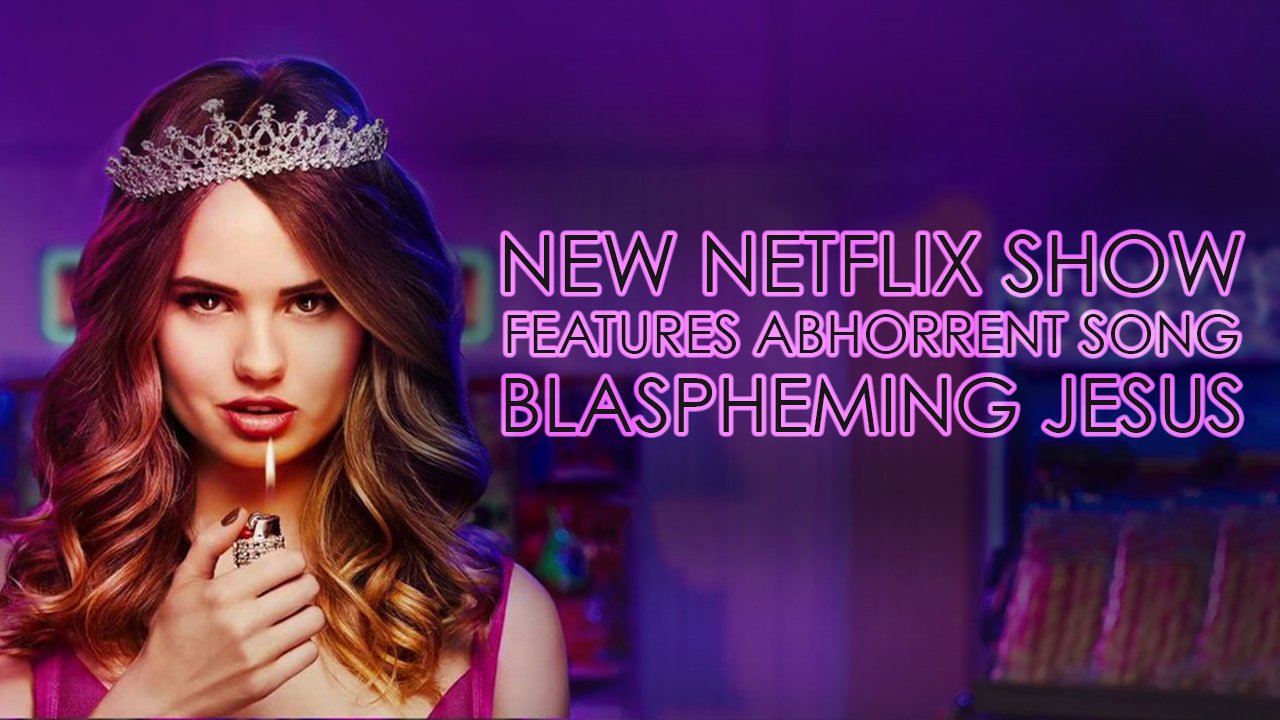 This year Netflix has released all sorts of shows attacking Christian values, including COME SUNDAY and THE BREAK WITH MICHELLE WOLF. Their latest original series may take the cake for offensive, blasphemous material. In INSATIABLE, which released in early August, audiences follow Patty played by Debbie Ryan (LIFE OF THE PARTY and THE SUITE LIFE ON DECK). Patty decides to enter beauty pageants after losing a lot of weight, so she can “reinvent” herself and shut down her critics who bullied her when she was overweight. In the seventh episode of INSATIABLE called “Miss Magic Jesus Pageant,” characters sing a song, “Sweet Jesus Inside Me,” and they’re not talking about in their hearts…

A chorus of around fifteen women in white robes and bedazzled sashes dance while singing disgusting lyrics like “Spirit please ride me,” while mimicking lasso motions with their hands. They continue, “Oh Jesus You fill me in every single way…” Towards the middle of the “worship” song, a character has a rap interlude whereupon the camera cuts to an audience member who says [of the female-rapper], “that’s my girlfriend.” Another character on stage then proclaims, “and now for the second coming!” The pageant audience erupts with hoots and whistle-blowing.

Sadly, INSATIABLE doesn’t stop there. The Daily Wire notes more repugnant moments in the series. “On top of that grotesque mockery of Christianity, the show also features a scene in which the main character receives oral sex from her boyfriend on top of a Noah’s Ark playground structure in the parking lot of a church, but only after getting baptized into the light of Christ,” recalls Bios. 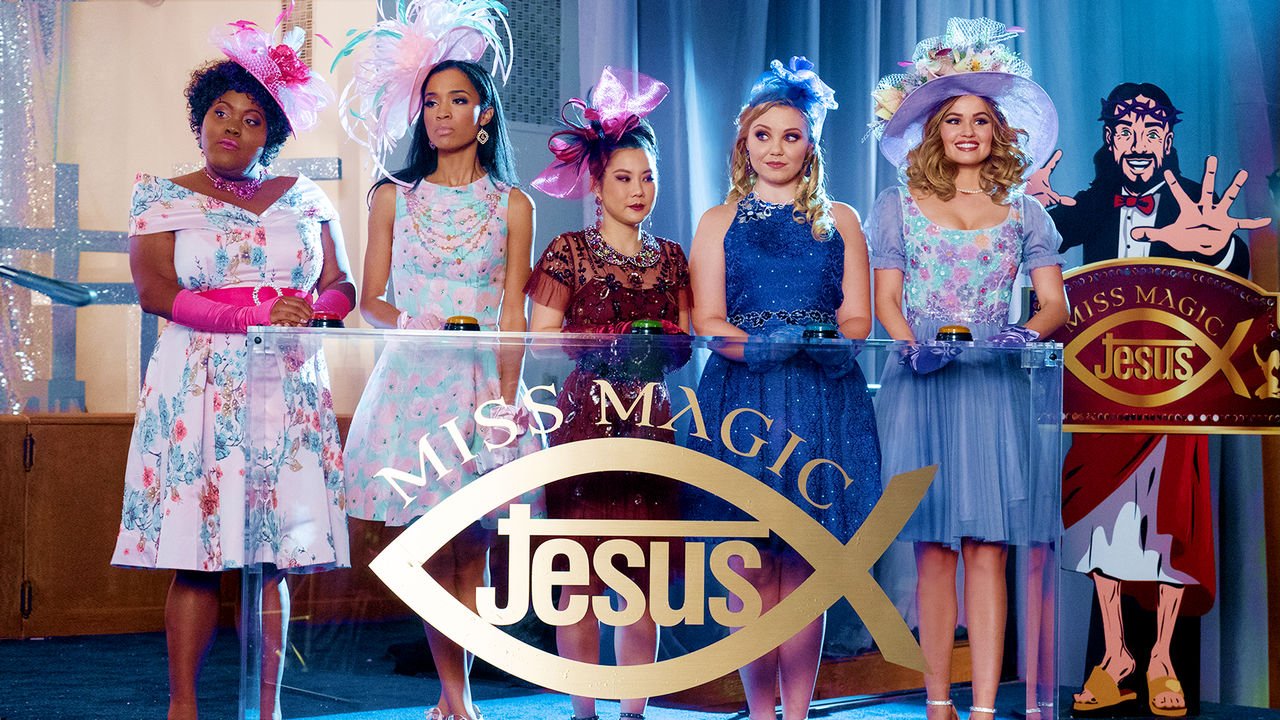 TV shows and movies that suggest sex are unneeded in their own right but, referring to Jesus Christ and the Holy Spirit sexually, this is the lowest low. The segment is completely derogatory, but sexual innuendo seems to be a theme in the series. For instance, another episode is titled, “B****** and Bikini’s,” and another, “Wieners and Losers.”

The secular community has their own criticisms of INSATIABLE. In July, many signed a petition claiming INSATIABLE promotes fat-shaming. Patty’s character completely transforms after shedding weight and audiences aren’t happy with what that communicates to young girls. Linda Holmes’ article, “INSATIABLE Is Lazy And Dull, But At Least It’s Insulting,” is telling too. Holmes brings about a slew of other problems with the show. “Story elements are introduced and then abandoned. Jokes fall flat, flatter, flattest. Patty swerves without reason or nuance from eye-narrowing, vengeance-swearing vixen to lip-quivering, damp-eyed waif. A character who loves someone in one scene will hate them in the next. Characters who have been kind will be cruel and vice versa, without any explanation or motive.”

There’s no good reason, Christian or non-Christian to be watching INSATIABLE. The content is empty, poorly executed and many scenes scream blasphemy. Even more though for the believers, we cannot accept this derogatory treatment of the Savior of the world. We must adopt the attitude of David in Psalms. “Remember how the enemy has mocked you, Lord, how foolish people have reviled your name. Do not hand over the life of your dove to wild beasts; do not forget the lives of your afflicted people forever. Have regard for your covenant, because haunts of violence fill the dark places of the land. (Psalm 74:19-20 NIV).” This isn’t the first time God’s image was debased, but we must hold fast to remember that He is bigger than all the filth that people place upon Him.