Netflix’s BRIDGERTON Is a Confusing Mix of Lust and Virtue 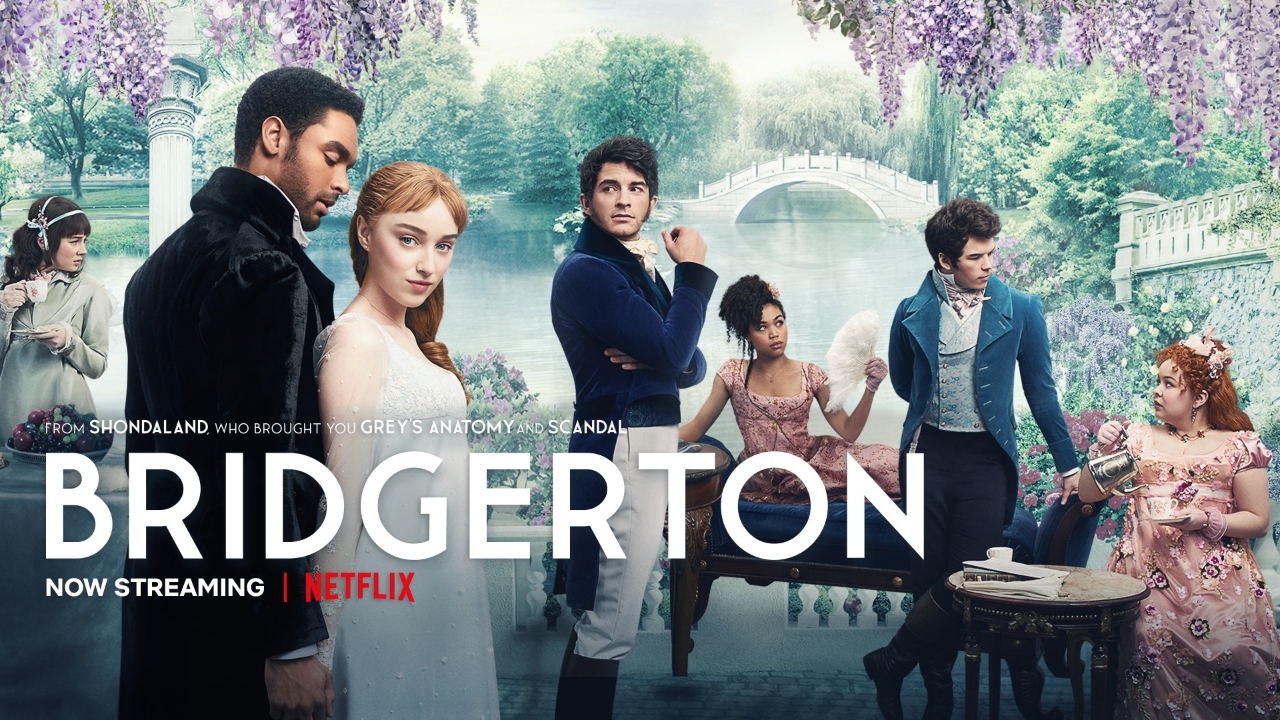 Netflix’s BRIDGERTON Is a Confusing Mix of Lust and Virtue

Though it may have cracked Netflix’s Top 5 for streaming premieres, BRIDGERTON is woefully inappropriate for families and and children. Even discerning adults should practice caution when watching the period drama. However, there are a few redeeming values that give a viewer pause before completely renouncing the program, such as the edification of marriage, devotion to purity, and even a strong support of the nuclear family.

BRIDGERTON, based on the romance novel series by Julia Quinn, is based in regency era England, where an unmarried virgin is quite the prize on the “marriage mart.”

Queen Charlotte dubs Daphne Bridgerton to be the top bride that season (specifically, she’s the “diamond of the first water”). Daphne’s expected to have her pick of husbands, but is quickly demoted by newcomer Marina Thompson. Meanwhile, the Duke of Hastings has returned to the area, and all the mamas want them to wed their daughters. Together, Daphne and the Duke concoct a scheme to pretend to court so the mamas will leave him alone and other suitors will suddenly regain interest in the now unavailable Daphne. As expected, the two fall in love.

Other critics have described BRIDGERTON as GOSSIP GIRL meets PRIDE AND PREJUDICE. To a degree, this is true, but unfortunately, does not address the excessive nudity and sexual content in the Netflix series. It would be easy to write the series off as another gratuitous Netflix program, but there are some appealing redeeming values mixed with the lusty fanfare.

For example, society is obsessed with marriage. Nobility throws balls to set up young couples. Women are encouraged to remain chaste and pure. If there’s even the hint of impropriety, the woman is to marry the man accused of affecting her virtue. Consequently, many of the upperclass young women know nothing of sex. This plays out in comedic ways as two young ladies, Penelope and Eloise, are very confused when an unmarried woman becomes pregnant. Eloise is then amusingly terrified that she can randomly get pregnant and that might derail her academic dreams.

Unfortunately, men are given a free pass to hook up and do not face the same consequences women do if they do not maintain their virtue. The eldest Bridgerton brothers delight in indulging their flesh while Daphne must marry a man because they were walking alone in the dark.

The most redeeming value, however, is the emphasis on the nuclear family. The Bridgertons are comprised of a widow and her eight children. They’re a rambunctious brood who love one another dearly. The Bridgerton patriarch died when the children were younger, but the matriarch, Violet, has done a fine job in raising her family to enjoy spending time with one another and look forward to starting families of their own. When visiting for dinner one night, the Duke comments at how different the Bridgerton family is in that the have dinner together every night. Anthony, the oldest son and thus the head of the family, is very protective of his siblings. There are charming scenes of he and Daphne enjoying a cold glass of milk together as they discuss her future. Other siblings Benedict and Eloise bond by swinging under a tree. Though there is some bickering among the children, the older siblings affectionately see their younger siblings as precocious and endearing. Daphne desperately wants to be a wife and mother of her own large family, which poses for an interesting plot point later in the series.