Pat Robertson Steps Down From THE 700 CLUB 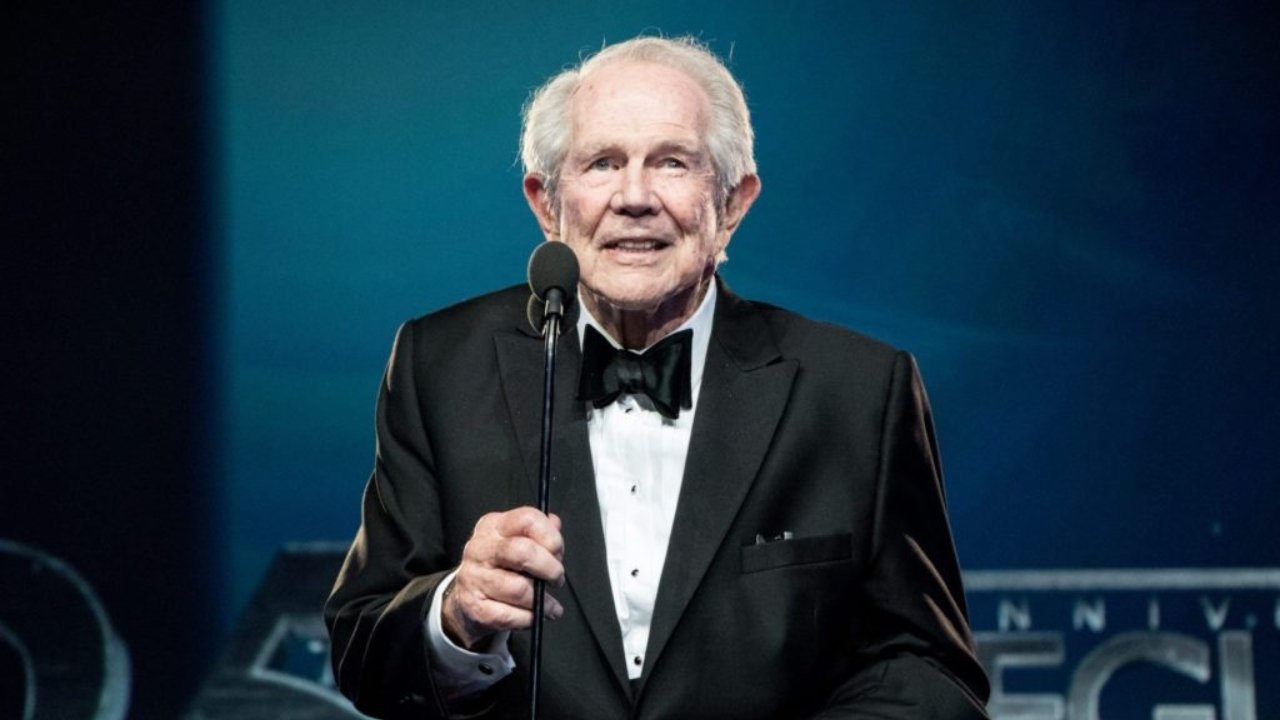 Pat Robertson Steps Down From THE 700 CLUB

CBN Founder and 700 CLUB co-host Pat Robertson announced he will step down as the daily host of the long-running television show.

“Today’s show will be my final as host of THE 700 CLUB,” said Robertson said on October 1, the 60th anniversary of the show’s first broadcast. “My replacement will be my very capable son, Gordon, who will take over as full-time host of the program.”

Robertson will now be training and equipping Regent University students full-time as they prepare to become “Christian leaders to change the world,” according to a CBN report.

Movieguide® honored Robertson with the Lifetime Achievement Award for Communicating and Living the Good News at the 25th Annual Movieguide® Awards Gala and Report to the Entertainment Industry.

He commended Movieguide® Founder and Publisher Dr. Ted Baehr with these words: “I want to thank you most profoundly for your kindness in giving me the Lifetime Achievement Award by Movieguide. I deeply appreciate the kindness. More particularly, I am most impressed by your analytical approach to persuading the movie industry to move toward more family-friendly films. Without question, you have had a major impact on the industry, and you have done it by brilliant analysis of the statistics which are dear to the industry…how to get more tickets sales at the theaters. May the Lord continue to bless you in this important work and give you ever-increasing influence in this vital work. God bless you and those who work with you. I remain your friend.”

Baehr applauded Robertson’s work in the industry, as well.

“Pat was a friend for a long time and one of our first Good News Communications, Inc Board of Reference members. I was on one of the first 700 CLUB programs before the beautiful CBN campus was built. His decision to train leaders is wonderful. Multiplying strong Christian leaders is the most important task today,” Baehr said.

Gordon honored his father for his commitment to the Christian Broadcasting Network and its programming.

“‘Good and faithful’ doesn’t even begin to describe my father’s service to CBN for 60 years. His legacy and the example of his prayer life will continue to lead THE 700 CLUB in the years to come,” said Gordon Robertson, who has served as co-host and executive producer of THE 700 CLUB for two decades. “And the best part is, he is just going across the street to Regent University and will be on THE 700 CLUB regularly in the future.”

Robertson is expected to make monthly appearances on the interactive episodes of THE 700 CLUB to answer viewer emails. He will also be available as a consultant on international affairs, CBN says.

According to a release sent to Regent University students, Robertson’s career highlights include: