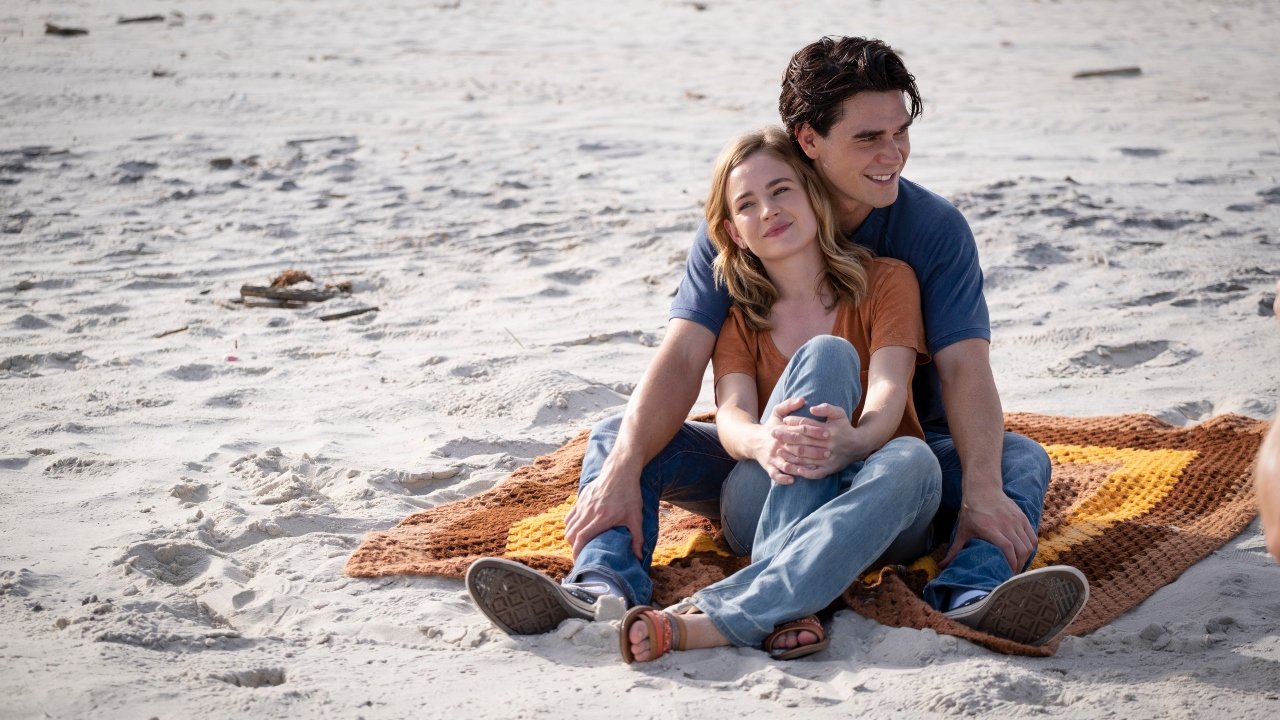 “Who doesn’t want to be loved like that?” I STILL BELIEVE Producer Kevin Downes says his wife asked after watching the movie coming to theaters in March.

I STILL BELIEVE tells the story of up-and-coming Christian musician Jeremy Camp as he falls in love with a young woman named Melissa. Melissa, unfortunately, is diagnosed with cancer. The movie follows the young lovebirds’ journey and how they seek to honor the Lord with their story.

“To see how God just moved through the life of these two young people and, and you see all the music that kind of that came out of that, out of the pain and the journey that Jeremy went through when he was when he was a younger man, and it’s just a beautiful love story,” Downes says.

“I would probably take some tissues,” Downes says. “Let’s just say I’ve seen it 200 or 300 times obviously cause I’m making the film, and there are certain scenes where I still cry after after watching it that many times. So It’s just that moving and and it’s a good cry.”

Downes is no stranger to producing movies, with his name attached to titles like I CAN ONLY IMAGINE, MOMS’ NIGHT OUT and WOODLAWN.

As I STILL BELIEVE enters advance ticket sales and plans to open on double the screens as I CAN ONLY IMAGINE, Downes reflects on how his career path evolved.

“Twenty-six years ago, one of my best friends at the time–and still is today–David A.R. White, we, we had done a film that was a Christian film, and we were actors in it, we didn’t really know how to produce movies,” Downes says. “I can remember the two of us kind of sitting outside his apartment, you know, young 22-year-olds going, you know, one day we’re going to be here and audiences are going to come and see our films in theaters.

“Flash forward 26 years later, I would have never guessed that the two of us would have had, you know, successes as far as the number of people that have come and see [the movies] we both have had, but it shows what it does is it shows you that the audience is out there in the audience really, really crave some of the content that we’re putting out,” Downes continues.

Downes is also at the helm of Kingdom Story Company along with Jon and Andy Erwin, aka the Erwin Brothers. They’ve collaborated on multiple projects already with more in the works.

“Lionsgate just came came on and said, ‘Look, we want more stories, more movies, like the ones that you guys are creating,'” Downes says. “Our mandate is to go and we’ve got some amazing stories that are going to come out in the next two, three years, stuff that I can only dream about. It’s cool to see it come to fruition because it’s not like how it used to be, at least in my own journey where we’re having to go and knock down doors and ask for Christian bookstores to put my movie up on the shelf.

“Now we’ve got a major studio that’s willing to put big money behind it and really trust the stories that we’re putting out and and trust that audiences are really craving after these stories,” Downes says.

It doesn’t hurt that I STILL BELIEVE has a solid cast with household names including KJ Apa, Brit Robertson, Gary Sinise, and Shania Twain.

“I feel blessed and honored to be able to tell these stories at the level that we’re able to tell. I mean, the budgets of these movies now are, are like anything that [is] out there, that Hollywood is putting out. That, to me is amazing. I think that’s something that only God can do. And God can open those doors and we’re trying to be really faithful to that,” Downes says.

Downes says audiences are craving the kind of content many Christian filmmakers are producing.

“I think in today’s kind of world, everybody wants hope,” Downes says. “I mean, hope and inspiration, who doesn’t want that in their life? Life is very hard. As we get older and whether it’s sickness or illness or disappointment or some of the tragedies that go along with everyday life, we want to escape, and we want to have inspiration and hope in our life.

“We want to be able to tell stories like that where we can really move people,” Downes continues.  “That’s what my desire has been, whether it’s a comedy like MOMS’ NIGHT OUT or whether it’s these true-life stories based on popular Christian music artists like I CAN ONLY IMAGINE or I STILL BELIEVE, or sports stories … I want to be able to create a movie based on a true story where it moves me and makes me a better person than I am like, okay, that’s the movie that I want to see, and that’s the movie I want to make.”