Principles To Live By: An Exclusive Interview with Jim Caviezel of WHEN THE GAME STANDS TALL 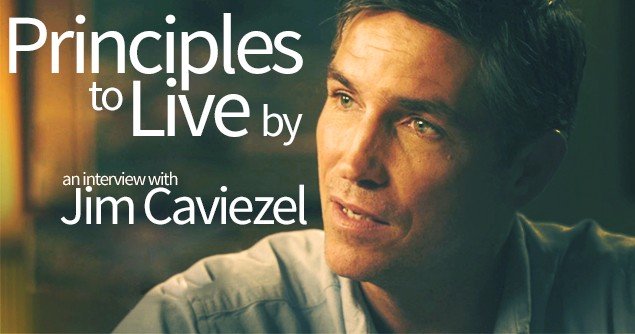 Principles To Live By:

This month, the new faith based movie called WHEN THE GAME STANDS TALL comes to theaters. The movie stars Jim Caviezel as Coach Bob Ladouceur, the coach of a winning team. When Coach Bob suffers a heart attack and the team loses one of its players, he must teach the team the values that can get them back on track.

MOVIEGUIDE® had the opportunity to speak with Jim about the movie and his role.

MOVIEGUIDE®:  What did you know about this team or how was this personal?

Jim:  When I grew up, every summer I was at basketball camp. My vacations were going to basketball camps. My personal experience was when we were playing, in order to qualify. . . they were the number one team in the state, and it looked like we had no chance. They were bigger, faster, stronger, all this. The next day, we watched movie called HOOSIERS, a movie about a big basketball powerhouse playing a little high school basket team and the basketball team won. That night, we went out and we won that game. My teammates were like brothers to me. I was fearless. … You’re not going to let them down. When I read the script, I felt like this was that story. I take movies on personal stories. That was one of the best experiences of my life, and I thought, here’s the power of film that had such effect on me and maybe I could have the effect of this story, on others. Get it right, that was the other thing.

MOVIEGUIDE®:  What is the coach talking to his players about beyond the field?

Jim:  Two of the things he is talking about are trust and honesty. There is a segment in the movie where they have commitment cards. They have three goals. One would be a game goal, another would be a practice goal, and another would be a weight lifting goal. . . . Having the courage to say, this is who I am, can I help you? It begins sometimes with a painful evaluation of our strengths and weaknesses. Letting yourself open to be vulnerable, but it is only through this process that the real growth and change can occur. To fool ourselves into believing that we have arrived is just closing the door on life itself. The other parts of those virtues are courage. This does not mean just brave in the face of a tough opponent, but rather having the courage to conquer our own cowardly spirit. The voice inside of us saying, “Well, I can’t, or I’m not good enough.” The biggest reason why we don’t achieve is that we don’t believe that we can.

MOVIEGUIDE®:  What other messages does the movie have?

Jim:  Brotherhood. It understands that one must lose some of myself in order to find others. Individual egos must die in order for a team to live. Learning how to be a team player. A good team player simple means I know how to sacrifice for a just cause. Respecting the dignity of others. He’s not focusing on winning. When he focuses on their virtues, the byproduct of that is winning, but on a level that most people will never achieve. Why is that? Most people don’t want to give up their ego. Someone told me a long time ago the ego means to etch God out, without God one is not that strong. He sees us.