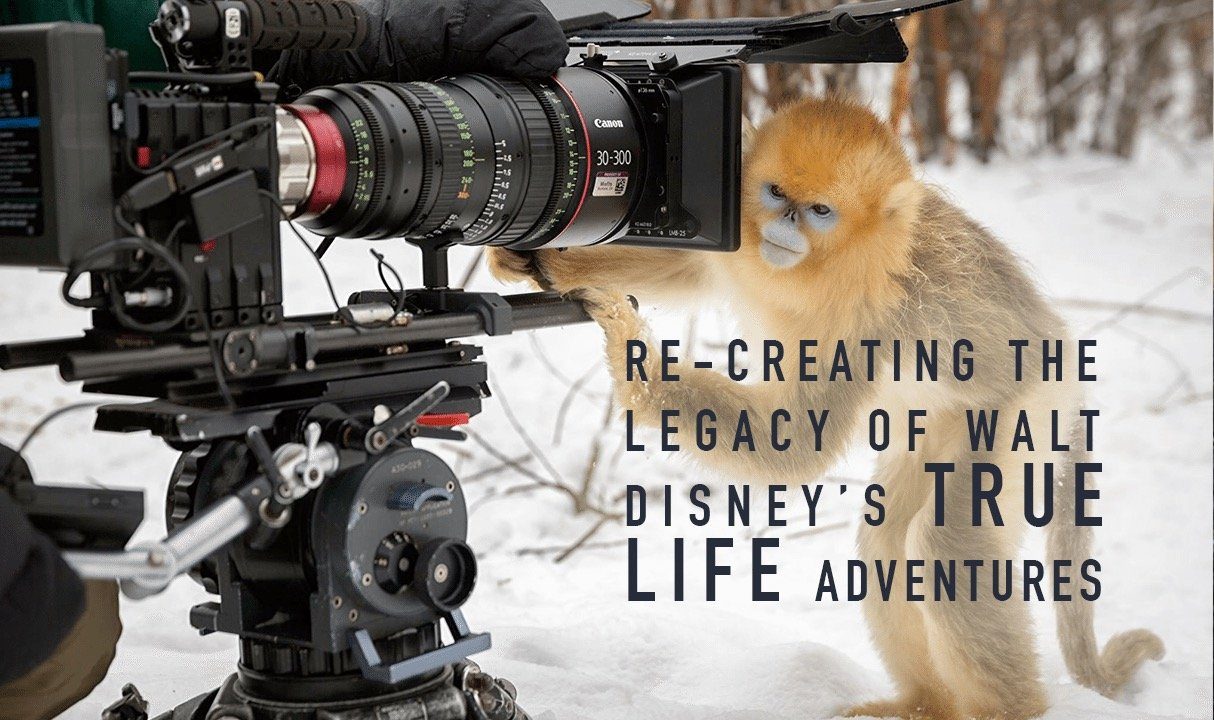 Movieguide® recently got the chance to interview TANGLED and BIG HERO 6 Producer Roy Conli about his new movie, BORN IN CHINA, a nature documentary from Disneynature about four animal stories from China, including a 2-year-old red snub-nosed monkey, a panda mother and her new daughter, a female snow leopard and her struggles to feed her two male cubs, and a migrating herd of a unique type of antelope called the chiru.

The opening weekend of BORN IN CHINA April 21-23, a portion of the ticket sales will go to the World Wildlife Fund.

Movieguide®:  Your previous work has been with animated movies. What attracted you to this particular project, BORN IN CHINA?

Conli:  One of the reasons is I fell in love with the director, whose name is Lu Chuan who’s probably one of the best directors in China today: really great stuff! But, I had just come off BIG HERO 6, and I was asked if I would be interested in helping out. I said sure, because this would be great. I’m always interested in a challenge and interested in exploring new avenues. Chuan and I just hit it off and the next thing I knew, I was producing in. I just fell in love with the process of creating these films. In animation, you start off with a script and you [story]board, and you shape and you [story]board, and you shape, and eventually, over a four-year period, you end up with a final image. In this, you start with a final image and you start backing up, looking at the journals and the stories that are coming out of the field, and you start creating the story. Of course, that comes to you over a series of months. They were filming for over a year and a half on this thing. You get the rushes in and you start seeing something. Then, you get [more rushes in, and you say, “Hey, wait a minute, this is taking a different turn.” So, you really start working as things comes in. Over time, storylines will drop away because you haven’t got enough material to support it. When all is said and done, it’s the animals who tell you what the story is.

Conli:  Yes, it’s a found story, but when you’re working with an amazing director, all stories are found. But, working backwards, somewhere you meet in the middle. It’s kind of magic, because, for me, the legacy of these projects, going back to Walt Disney’s original True Life Adventures. . . they’re what taught me about nature. That’s what I love about them.

Q:  What was it about Chuan’s work and perspective that attracted you?

Conli:  In the first place, he’s a bit of a chameleon. He wrote a film called THE CITY OF LIFE AND DEATH, and you can see he’s studied [Italian director Roberto] Rossellini. He did a film called THE LAST FEAST, and you can see he’s studied [Japanese director Akira] Kurosawa. Then, you see this piece called MOUNTAIN PATROL, which was really the piece that made us interested in him, because it was about a group of people who take up arms to protect the chiru population [see above]. It’s almost like you’re watching [Martin] Scorsese. So, I could see that, as a filmmaker, he was able to manipulate his storytelling to the subject matter. So, when he decided to do this, I was really fascinated with where he was going to come from. A huge influence on his life, and his film, came when his son was born. . . . For some reason, it kicked him into gear, and, all of a sudden, I saw him shaping these three stories specifically [the monkey’s, the panda’s and the snow leopard’s]. We were really looking for an authentic Chinese voice to help lead this, that kind of spiritual, cultural, mythological element. . . and that kind of day-to-day life. He encapsulates those three stories so beautifully thematically with those two elements.

Q:  How did your role, as producer, come into helping him do the things he needed to do?

A:  I worked with our story trucks [in the field] to get input from them. Then, I worked with Chuan in terms of trying to focus certain elements of the story where we could take [them]. I also coordinated the effort between Beijing, China; Bristol, England; and, Los Angeles. . . making sure those elements of communication that have to maintain forward movement with the field operation going on in five different locations.

Q:  The photography was particularly striking in this one.

Conli:  I think it’s the combination of photography and story. I love the fact that this is about multiple characters. I’ve always been interested as a filmmaker in being able to tell stories that are complex and yet simple. One of the greatest influences on me as a filmmaker is LES ENFANTS DU PARADISE (CHILDREN OF PARADISE), which is a great French film of 1941, which tells like six different stories intertwined in one. I love that film. For me, that conceit of telling multiple stories that intertwine is something that I love. When Chuan started pulling this together, we just hit it off. He’s like my brother in story. There is one character that drives the emotional core of [our] film and that is the character of Dawa [the female snow leopard], but at the heart core is YaYa, the panda mother, and the comedic core is TaTa [the red snub-nosed monkey]. My contribution is getting the director’s vision on screen, and part of getting the director’s vision on screen is challenging the director and being that third eye sometimes behind him saying, “You said this, and you said that; do you really mean that?” The wonderful thing about Chuan is that we were really able to have those conversations. The best stories I think are stories that take left turns instead of right turns. It’s something I’m proud of in terms of my animation work. I think TANGLED and BIG HERO 6 both have a tendency to go left when you think it’s going right. I think this story goes left when you think it should go right. It should always be a surprise to the viewer.

Q:  What’s the key to telling a good story?

Conli:  Create a world that people want to be in, that people are fascinated with. When I look at BORN IN CHINA, when you get on that [Tibetan] Plateau, when you get onto the Mountains of Sichuan, where the pandas and the monkeys are, it’s an amazing world you’ve never seen before. Secondly is the character. You want to fall in love with the characters. I think it’s hard-pressed to say you don’t fall in love with these guys. I’m absolutely enamored with Dawa. I’m totally in love with the pandas, YaYa and Mei-Mei, and totally in love with that little TaTa. And, I can relate with what their emotional, plights are. The last thing is the story, because, if you have a world that you want to be in, and then you have characters that you fall in love with, you can pretty much tell any story using those guys. In this particular case, we had three such strong stories to relate to, and the fact that each of those stories somehow focused into elements that are personal to us, that’s where it’s at.