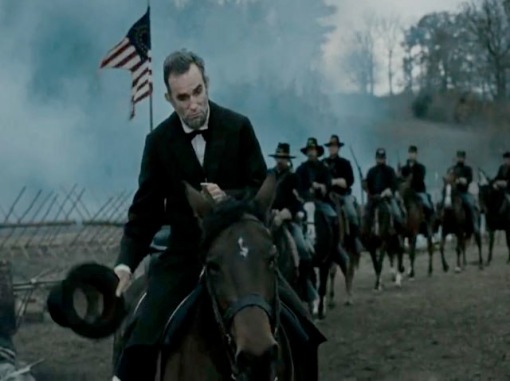 Recent years have seen a rekindling of national interest in America’s true history – a fact borne out by the New York Times bestseller list. Whether it is my own The Jefferson Lies, David McCullough’s John Adams and 1776, Glenn Beck’s Being George Washington, Newt Gingrich’s Valley Forge and Victory at Yorktown, or even modern language reprints of The Federalist Papers such as Original Argument, people are willing to pay money to learn what used to be taught in school.

Hollywood is attempting to capitalize on this growing interest through efforts such as Stephen Spielberg’s “Lincoln” and NBC’s series “George Washington.” The choice of these two great heroes is excellent, but the content put forth about them in these new offerings is not. Both are inaccurately portrayed, especially in regard to the moral positions that each held.

For example, in “George Washington” we are told that “his true character is revealed for the first time”1 – a statement that immediately raises red flags. Probably no other American has been so thoroughly investigated or had so many books written about him, so there are no new revelations to be made. Yet suddenly, through the scriptwriters of NBC, we are being exposed to his “true character” – and it is “for the first time”? This statement screams revisionism, which is affirmed by the scriptwriter’s description of what he intends to present in the series:

“There’s George Washington the national icon, gazing out from the dollar bill with his mouthful of supposedly wooden teeth, and then there’s the George Washington who had an adulterous affair with his best friend’s wife. . . . The George Washington obsessed with social status, finely-tailored clothes, his image. Not an icon, a very human human-being who learned how to lead. That’s the man I want to understand.”2

And executive producer Barry Levinson adds that “The reality was he was a flawed and troubled character.”3

No human being is without some flaws, but those who knew Washington best attested that they saw nearly no flaws, and certainly none of a serious or a moral nature.4 But now, thanks to NBC, Washington is a “troubled character”? – “obsessed with social status” and “his image”? – and had an “adulterous affair with his best friend’s wife”? That particular George Washington never existed. NBC’s “George Washington” will certainly be a series to avoid, and to encourage all your friends and associates to avoid.

The movie “Lincoln” also has serious historical problems. This is especially true in regard to the repeated profanity that laces the movie, including the use of the F-bomb and Lincoln’s non-reaction to it. In this, the movie is grossly inaccurate.

Early in the Civil War as Lincoln visited troops, he was distressed to hear profanity, so an order was issued against it, declaring:

Any non-commissioned officer or soldier who shall use any profane oath or execration shall incur the penalties expressed in the foregoing article.5

Concerning the penalties, it stated that. . .

commissioned officers be brought before a general court-martial, there to be publicly and severely reprimanded by the President; if non-commissioned officers or soldiers, every person so offending shall for his first offence forfeit one-sixth of a dollar, to be deducted out of his next pay; for the second offence, he shall not only forfeit a like sum but be confined twenty-four hours.6

Lincoln was so serious that these rules against profanity take hold among the troops that this order was to “be read every Sunday morning to each company and detachment serving in this Army.”7 He even personally confronted one of his own generals when he learned of his profanity and then urged the general to use his authority to combat that vice.8

A number of court-martials of soldiers in the Civil War even involved the use of profanity,9 and at one such trial, the court reiterated the evil of this vice, declaring:

The Court, however, would fail of its duty if it refrained from saying that the frightful profanity into which the accused suffered himself to fall is worthy of the severest censure and condemnation. All profanity is justly denounced by the Articles of War, and is alike offensive to every law of religion, good morals, and propriety.10

But even the profanity so harshly disciplined in those court-martials was much less uncouth than what has become common today. In fact, at no time in any of those proceedings was there ever the mention of the F-word. I have personally seen literally thousands of letters from soldiers in the Civil War and only once have I seen that word used. It was so rare that the word didn’t even make it into American dictionaries until 1965.11

Lincoln was intolerant of profanity, but it is nevertheless prominent throughout the film; in fact, he is shown using it and turning a deaf ear to those around him who used it. In this, the movie “Lincoln” is highly inaccurate. . . .

Editor’s Note:  David Barton is founder and president of WallBuilders, a Christian historical website dedicated to preserving the Christian heritage and liberty of the United States of America while “educating the nation concerning the Godly foundation of our country.”