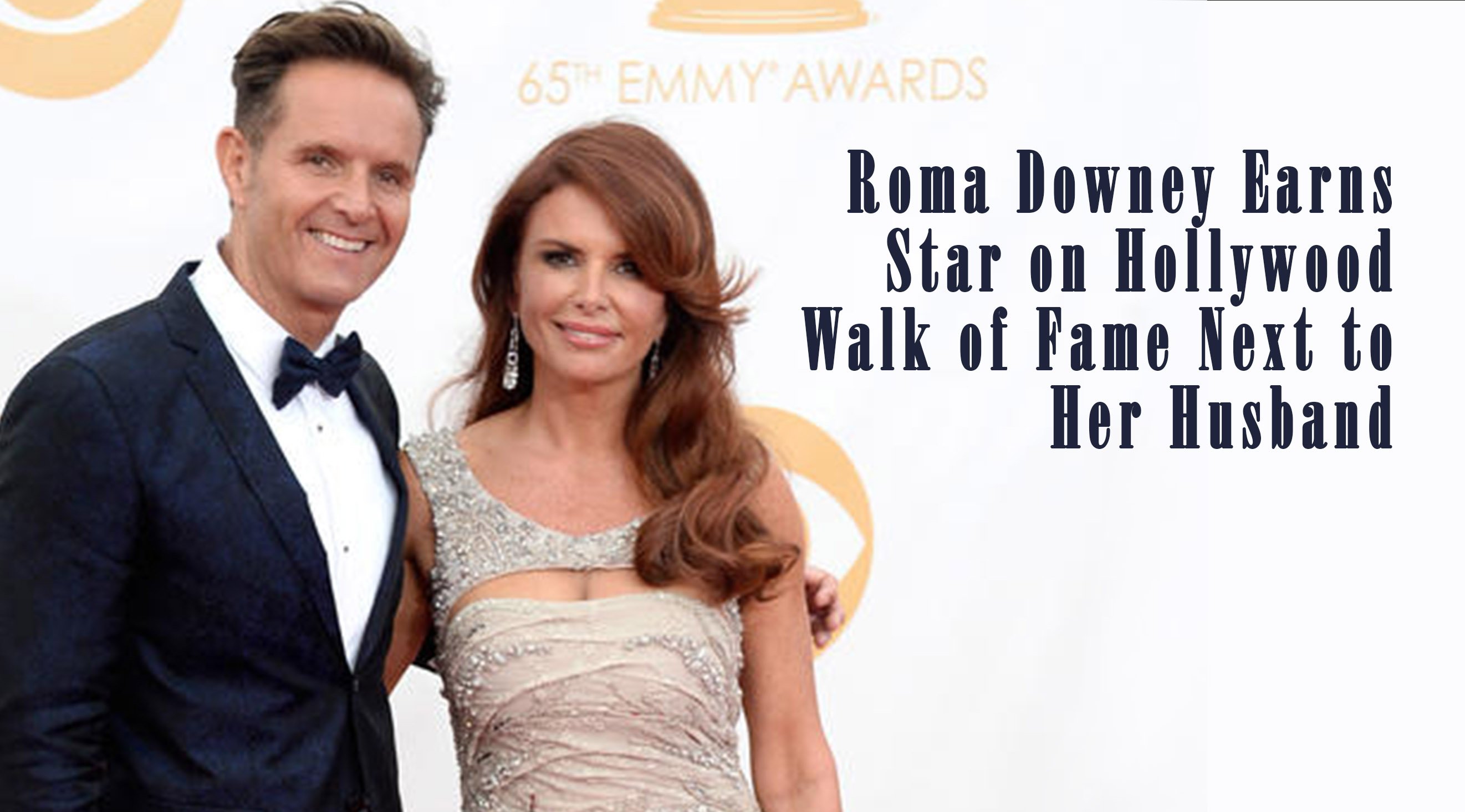 Roma Downey, star of TOUCHED BY AN ANGEL and producer of the biblical epics THE BIBLE miniseries, A.D. THE BIBLE CONTINUES and the upcoming BEN-HUR will be honored Thursday, Aug. 11, with the 2,586th star on the Hollywood Walk of Fame.

Her star in the category of Television will be dedicated at 6664 Hollywood Blvd. next to that of her husband, Mark Burnett, executive producer of the top-rated TV programs SHARK TANK, THE VOICE and SURVIVOR.

Helping Leron Gubler, president of the Hollywood Chamber of Commerce, will be Mark and the couple’s friends, Della Reese and Pastor Rick Warren.

“We are thrilled to honor Roma Downey,” Gubler said. “She has been a force in the business of entertainment, both as an actress and talented producer.”

The ceremony can be seen via exclusive live-stream at www.walkoffame.com.

Roma is known for her nine seasons as the tender-hearted angel on the hit CBS-TV program TOUCHED BY AN ANGEL, for which she earned multiple Emmy® and Golden Globe® Best Actress nominations.

Having been born in Ireland and classically trained in London, Downey has performed on stage with the famed Abbey Theatre Company and has appeared both on and off Broadway. She has played many leading roles, such as that of Jackie Kennedy Onassis in the Emmy® award-winning miniseries for NBC, “A Woman Named Jackie,” and the role of Mary the Mother of Jesus in THE BIBLE miniseries series and the feature movie “Son Of God.”

MOVIEGUIDE® gave Roma the Grace Award for her performance in THE BIBLE, which also came away with the $100,000 Epiphany Prize for the Most Inspiring TV Program of 2013.

Downey is President of LightWorkers Media, the faith and family division of MGM and serves as the Chief Content Officer for MGM’s planned OTT initiative. Together with husband Mark Burnett, they have produced the Emmy® nominated miniseries, THE BIBLE for the History Channel, which was watched by over 100-million people in the U.S. alone. THE BIBLE has been the fastest selling DVD in the last five years. Downey and Burnett also produced SON OF GOD, a feature film that stunned the box office when it opened as the second highest faith movie of all time.

The Hollywood trade publication Variety recognized Downey and Burnett as “trailblazers.” They recognized Downey among Variety’s ‘100 Most Powerful Women in Hollywood.’ Downey was further honored on Variety’s ‘Women of Impact’ in 2014. Together, Downey and Burnett have recently produced THE WOMEN OF THE BIBLE for Lifetime, THE DOVEKEEPERS for CBS, A.D. THE BIBLE CONTINUES for NBC, ANSWERED PRAYERS for TLC, LITTLE BOY for Open Road Films, and WOODLAWN for Pure Flix.

The couple is currently producing a new series for NASCAR. They are also producing the feature film “Ben-Hur,” a reimagining of the classic story with MGM and Paramount, set to release Aug. 19. Roma Downey is currently developing a series based on the best-selling Baxter Family novels and more recently formed a partnership with Republic Records to release THE VOICE Season 9 winner and the show’s best-selling artist Jordan Smith’s new album “Something Beautiful.”

For many years, Downey has been a spokesperson for “Operation Smile,” a volunteer organization that brings medical surgeries at no cost to children around the globe with facial deformities. She has traveled to third world and developing countries making fundraising movies on their behalf.

“It is better to light a candle than to curse the darkness,” Roma recently said.