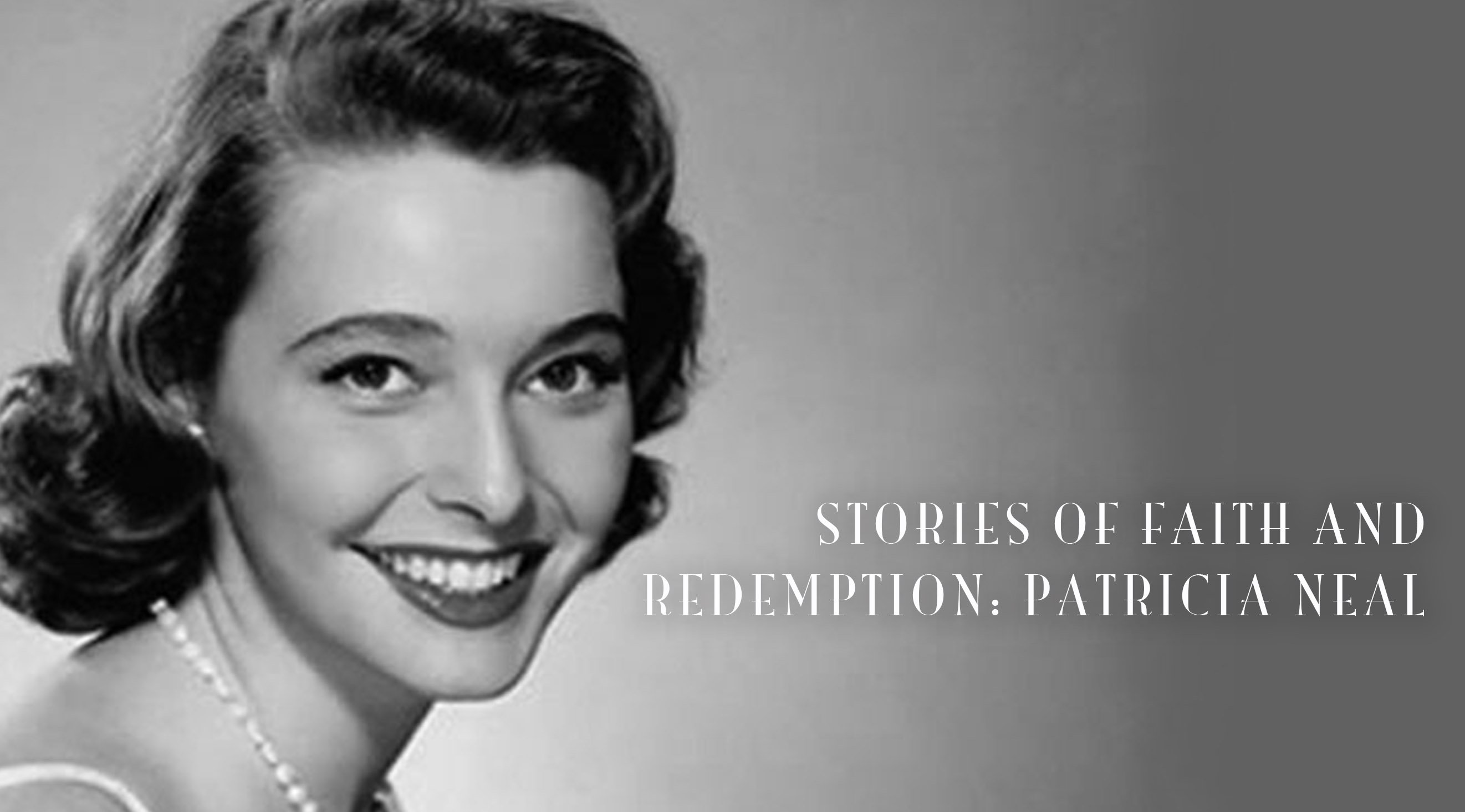 An exquisite YouTube photo collage for Patricia Neal is one of many videos on the life and performances of beautiful Patricia Neal, who was one of the twentieth century’s most gifted actresses of stage and screen (large and small). Patricia tells her own story on a video where she recounts her growing love for all things dramatic. It begins with her telling of a dramatist perform wonderful monologues in her Methodist Church, and how her parents allowed her to study drama. Patricia joined the Tennessee Valley Players and then became involved in the Barter Theater, eventually going to Northwestern University. From there she went to New York for theater work, then to Chicago, and back to New York City for work on Broadway. “Applause,” Patricia wrote, “was love. It was approval by everybody. I bathed in it.”

However, Patricia Neal’s life has been compared to a Greek tragedy. Although she won a Best Actress Oscar, a Tony, three Emmy nominations, and loved mothering her six children, she also endured long periods of intense pain in personal relationships, largely due to inappropriate dalliances with men. Despite the mistakes and pain, she found ultimate healing, forgiveness and restoration in her Christian faith.

Mary Claire Kendall follows the development of Patricia’s faith. Her father told her, “Remember what the psalmist says…He changes deserts into pools of water.” The pastor of her Methodist Church said, “God is not keeping score…. God is love.” During her first year at Northwestern University, her father died of a heart attack. His death had a strong impact on Patricia’s life, as she considered him “the rock upon which anything good about me has been built.”

Kendall tells how Patricia at age 19 in NYC had her first boyfriend, who was the son of an abortionist. He told her he loved her, so she traded in her virginity for “love.”  He dumped Patricia for his high school sweetheart, which deeply wounded Patricia. Kendall further tells how Patricia was hardened in love, and pursuing romance without conscience. She destabilized two marriages, had an affair with Gary Cooper, and even had a child by him, which she aborted. However, in the end Maria Cooper Janis, Gary Cooper’s daughter, ultimately took Patricia to meet Mother Dolores, who herself had been a Hollywood actor before becoming a nun. Patricia spent five years with Mother Dolores, finding healing as she worked on her autobiography.  Mother Dolores said that Patricia needed to set her life right and to become a willing participant in the process by which the Holy Spirit would “change desert into pools of water,” like her father had told her. Patricia ultimately found redemption, forgiveness and restoration in her Christian faith.

From the lives of some movie stars we see how adultery and affairs leads to a destructive dead-ends, but we also see some who have headed down these dead-ends and find the hope, forgiveness, and restoration in Christ. Praise God!