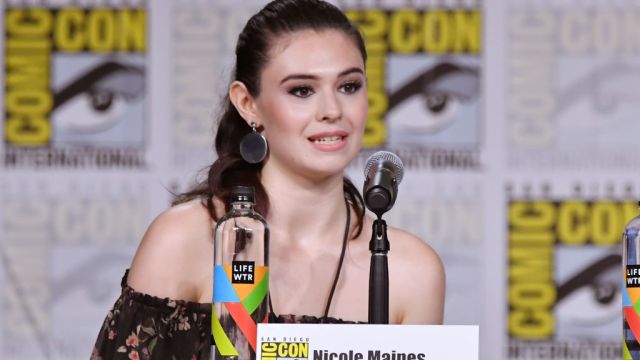 It was announced at Comic-Con this past weekend that the CW is further pushing the LGBT agenda by introducing the first trans superhero in the TV series SUPERGIRL. The show, which originated on CBS moved to CW to join the other DC entities ARROW, THE FLASH and LEGENDS OF TOMORROW. Ever since it moved to the smaller network, the storytelling took a far-left turn, incorporating a “coming out” episode arc for one of the lead characters. Even though the show is continually dropping in ratings, and many Movieguide® readers have informed us they’ve stopped watching the program due to the politically correct and sexually immoral messages, the series is adding a trans superhero to the mix.

Nicole Maines, who is a male by birth will play the trans character of Nia Nal aka Dreamer in the fourth season of SUPERGIRL. Maines in an interview expressed excitement to take on the role, stating, “I think we’re in a time right now where more than ever representation in the media matters, and what we see on television has a very dramatic effect on our society.” This is on the heels of FX renewing the drag/trans TV drama POSE for a second season.

The LGBT identity movement is pushing full steam ahead to receive not only tolerance, but celebration from every segment of culture, teaching the false idea that one’s identity is found in sexuality and gender. With homosexuality, bi-sexuality and now transsexuality being normalized in every day media, what will be the next push for inclusion? Some are concerned that the next item on the far-left’s agenda is normalizing pedophilia as a sexual orientation, something that gained exposure in recent weeks when a Tedx talk in Germany featured a speaker arguing for this at the University of Würzburg. That said, there’s even division among the left as to what they’ll accept, with many in the feminist movement balking at many of the laws transgender individuals are demanding. One feminist activist in the UK argued, “there are times when biological sex does matter for safeguarding, privacy and dignity, fairness in sports for example, and that’s when the sex of a person must be acknowledged, in a society where we have checks and balances, so people don’t abuse the system.” An argument that angered the trans community.

In a day and age where social justice warriors demand that every sexual preference receives equal representation in the media, it’s downright scary to think what sexual preferences they may be pushing years down the road. For now, transsexual superheroes on declining series like SUPERGIRL could be the new norm.