THE COURIER Is a Powerful Spy Movie For the Ages 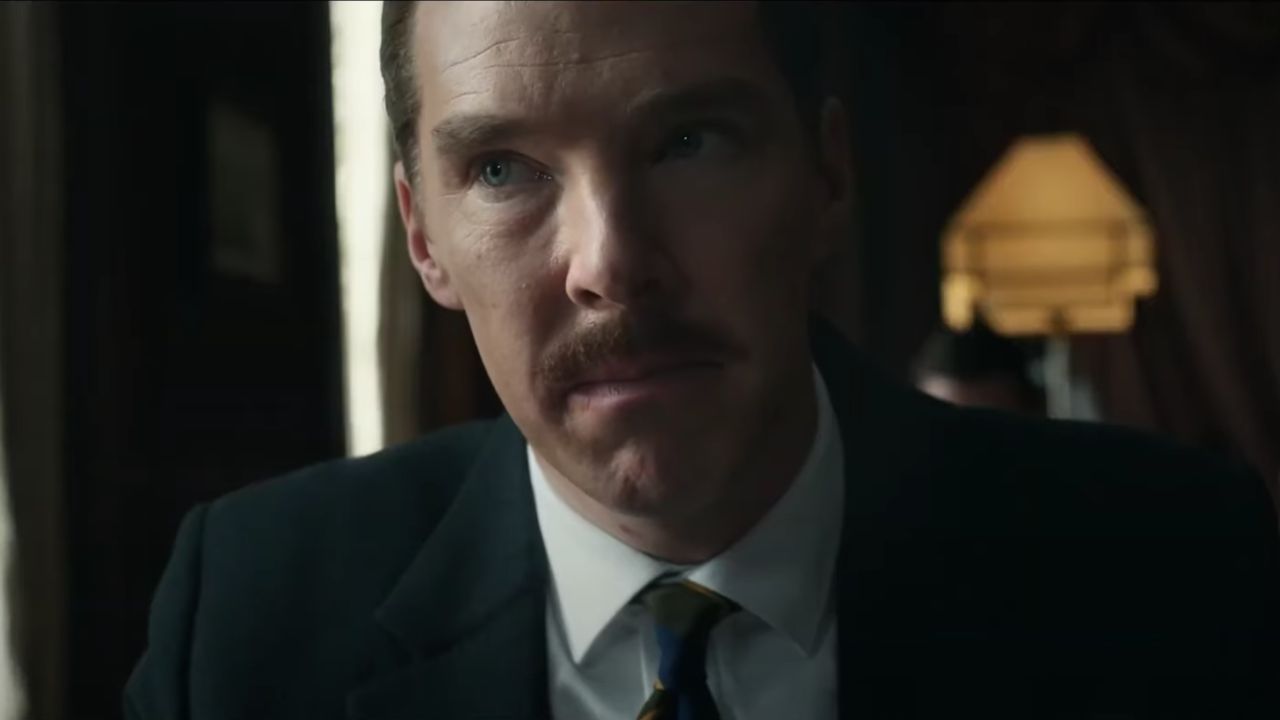 THE COURIER Is a Powerful Spy Movie For the Ages

Note: The following is a portion of our review for THE COURIER. Click here to read our full review.

Based on a true story, THE COURIER is a captivating, powerful spy drama and thriller about a British businessman who’s recruited to ferry small packages and messages in 1961 and 1962 from a Soviet official who’s concerned about his country’s increasing belligerence against the West under Nikita Khrushchev. THE COURIER is one of the most brilliant, suspenseful, moving, and well-acted spy movies ever made, with a strong message against communist tyranny that’s also a powerful plea for peace, mutual understanding and friendly international relations.

The movie opens in 1961 with Soviet Premier Nikita Khrushchev making a bellicose speech in Moscow against the United States and its Western allies. “We will bury them,” he exclaims after declaring that the time of the “imperialists” is over. In the audience is Oleg Penkovsky, an official of the Soviet Union’s military intelligence agency, the GRU. Oleg is concerned about Khrushchev’s hostile attitude toward the West. He thinks Khrushchev is too “impulsive” and “reckless.” So, he writes a secret letter to the U.S. embassy and passes it to two American tourists to deliver it. Oleg offers to give the Western allies reports on what’s happening in the Kremlin, the center of the Soviet communist government led by Khrushchev in the 1950s and early 1960s.

A CIA agent named Emily and a British intelligence officer named Dickie recruit an unassuming British businessman, Greville Wynne, to act as a courier for Oleg’s future messages and packages containing tidbits of information. Greville already does business in Eastern Europe, so it would not be suspicious for him to do the same thing in Moscow. Naturally, Greville is reluctant to do this, but Emily and Dickie, who introduce themselves to him as Helen and James, assure him he won’t have to know anything about the contents of the messages and packages.

Greville begins his Moscow activities by making a speech to a small group of Soviet technocrats, including Oleg. He considers himself a salesman who tries to satisfy the manufacturing needs of his clients, similar to being a middleman. Oleg introduces himself and tells Grevile he doesn’t like the way his first name is pronounced in English, so he tells Greville to call him Alex. The two men actually become good friends. Greville has a wife, Sheila, and a young son, Andrew, and Oleg or Alex has a wife, Vera, and a young daughter, Nina. So, they share some things in common.

The situation for Greville and Oleg becomes more dire when a spy for the Soviets sees one of the reports Oleg has written for the United States and Britain. Will they be caught by the KGB?

THE COURIER builds its story methodically. So, it’s not meant to be a flashy spy thriller with lots of intense action. However, it’s thoroughly captivating and suspenseful from beginning to end, and the second half is quite intense and moving. The movie is brilliantly directed and acted. Benedict Cumberbatch does a great job as the British businessman, Greville Wynne, and Merab Ninidze, who also played in the 1984 anti-communist Russian masterpiece, REPENTANCE, is also superb as Oleg Penkovsky. The women actors are equally fine, especially Jessie Buckley as Greville’s wife, who wonders if her husband is having an affair in Moscow. The movie’s story and plot is accompanied by a terrific soundtrack composed by Abel Korzeniowski.

The movie condenses much of the espionage activities in which Greville and Oleg participated. Also, the American CIA agent, Emily aka Helen, is a composite character. Furthermore, the first meeting Oleg had with western intelligence operators involved four men, including the head of the CIA’s new Moscow station, Joe Bulik, who’s not mentioned in the movie, but who frequently met with Oleg.

The center of the movie, however, is not Oleg Penkovsky’s relationship with western intelligence officers but his friendship with British businessman, Greville Wynne. Also, the movie doesn’t shy away from depicting the evils of the communist tyranny in the Soviet Union at the time. As someone warns Greville early on, everyone he meets in Moscow could be a KGB spy. Even if they aren’t, everyone in Moscow, including the lowliest hotel desk clerk, is expected to report any and all activities to the KGB, whether suspicious or not. In fact, he’s told that the KGB likes to employ lip readers, so whenever he meets Oleg, Greville isn’t supposed to discuss anything of a sensitive nature without Oleg starting the conversation first. Eventually, Greville gets a harsh lesson on just how brutal the communist regime in Russia could be. However, his efforts to help Oleg Penkovsky’s concerns about the Soviet Union get to the West played a major role in helping President Kennedy force Khrushchev to withdraw Russian nuclear missiles from Cuba during the 1962 Cuban Missile Crisis.

Ultimately, though the story is fictionalized and the ending a little too rosy (the title character’s marriage didn’t survive their ordeal in reality), THE COURIER is brilliant, suspenseful, moving, and well-acted. The movie has a strong moral, patriotic, anti-communist worldview stressing freedom. At the same time, it makes a robust plea for mutual understanding and peaceful relationships between countries. It’s a powerful spy movie for the ages. Caution is advised for older children for THE COURIER because of brief foul language and violence.