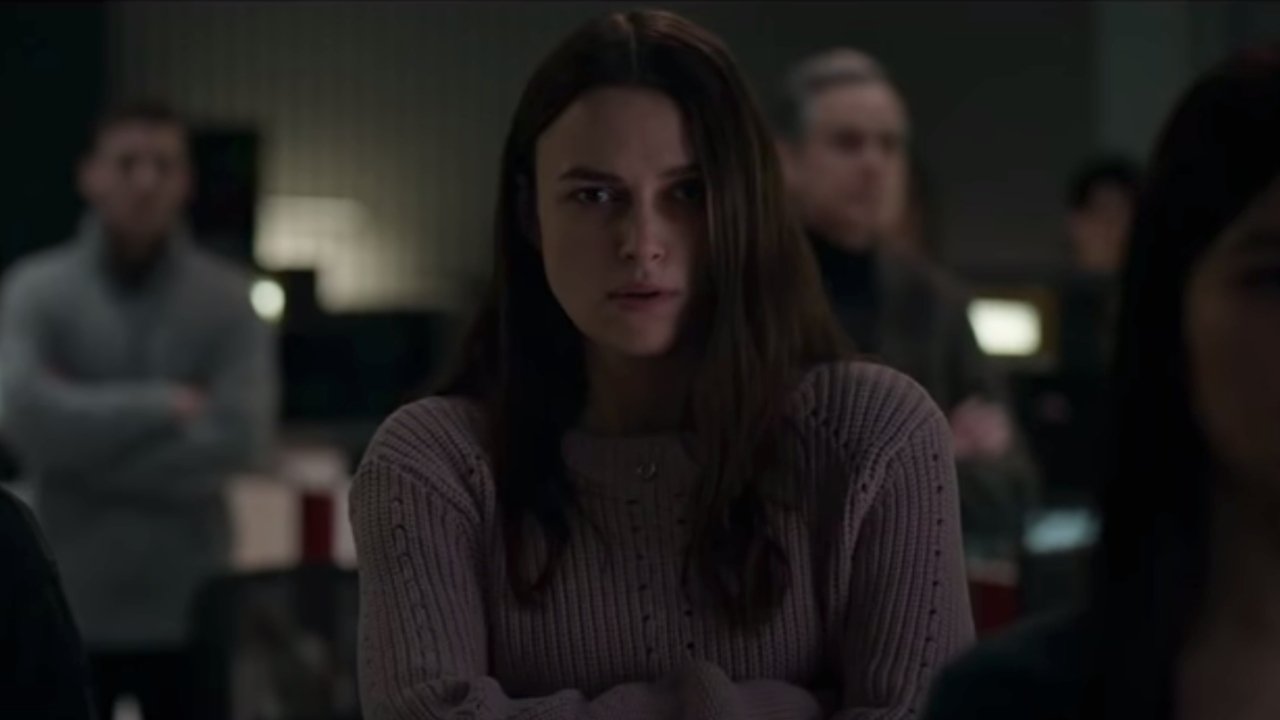 NOTE: This is a portion of our review of OFFICIAL SECRETS, which is now in theaters. For the full review, including a breakdown of content, violence, sex, language and nudity, click here.

OFFICIAL SECRETS is based on the true story of a British intelligence translator named Katharine Gun who blew the whistle on British leadership’s willingness to lie their way into the Iraq War of 2003 and the consequences she faced. OFFICIAL SECRETS has a Romantic worldview with lots of strong foul language and strong politically correct elements due to the heavy-handed way it portrays the leadup to the Iraq War, as well as the George W. Bush and Tony Blair administrations.

The movie stars Keira Knightley as Gun, and she tries to deliver a compelling central performance throughout as the British intelligence analyst of Chinese communications who received leaked emails of high-level British leadership with a dirty plan to force United Nations support for the Iraq War. The plan by British and American leadership was to blackmail the members of smaller nations on the UN Security Council into voting for the war. Seeing the plot in development, Gun forwards the emails to a journalist (Matthew Goode), who publishes them in THE OBSERVER newspaper.

The worldwide headlines that followed caused the Security Council vote to fail, although President Bush invaded Iraq anyway. Katherine was arrested and charged with breaking England’s Official Secrets Act, and the rest of the movie follows the complex trial she endured due to the charges.

This may sound like the setup for an exciting legal thriller, but sadly OFFICIAL SECRETS is static and boring throughout. Most of the movie takes place in about four locations, with endless whispered discussions of the whistleblowing and ensuing court battle.

Despite the presence of Oscar-nominated stars in Knightley and Ralph Fiennes as a lawyer, Director Gavin Hood can’t make any of this entertaining or exciting in the least. Add in numerous real news clips from the era that hammer home that this movie is “important,” and you have an incredibly annoying and biased experience that’s so poorly paced it’s a chore to endure. OFFICIAL SECRETS also has a lot of strong foul language, a bedroom scene, and strong politically correct elements handled in a heavy-handed manner.

NOTE: This is a portion of our review of OFFICIAL SECRETS . For the full review, including a breakdown of content, violence, sex, language and nudity, click here.