What Would John the Baptist Say and Do? 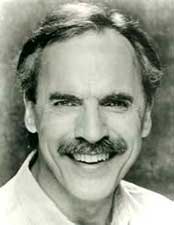 Imagine that you are sitting in church on a lovely Sunday morning. The pastor is reading from the first chapter of the Book of Mark. You have just settled into your pew and are ready for the usual. You hear the pastor drone: “See, I am sending my messenger ahead of you, who will prepare your way; the voice of one crying in the wilderness: Prepare the way of the Lord, make his paths straight.”

Suddenly the back door of the church is thrown open, and there is a homeless man who comes running in to pronounce that he, indeed, is that very same John the Baptist! This was never announced as part of the service! It’s not included in the bulletin! Who is this man?!

FLOWER CHILD is a 40 minute monologue that asks the question, What would John the Baptist say and do if suddenly he appeared on a street corner in Atlanta and hitch-hiked through this country for two months? Well, hang on to your pew because it’s a humorous, thought provoking, and searing 40 minutes!

John Maxwell, who wrote and tours this one-man play, explains how he came to write FLOWER CHILD.

“I was living in Seattle, Washington,” he said, “and got a telephone call from a minister at a very ‘blue-blood’ Episcopal Church. The minister explained that he wanted something to really wake up the congregation, and that they were about to begin study of the Book of Mark. Could I do something with John the Baptist?”

Maxwell explains that he wrote the monologue initially as only 10 minutes long. The reaction was instantaneous.

“The priest called me the next morning,” he said, “after I had presented FLOWER CHILD, and told me that they had received three times what they normally received in offering! He said ‘You scared the Holy Hell out of them!’ This is when I knew that God wanted me to be a part of a drama ministry.”

John Maxwell has toured FLOWER CHILD extensively since that time, and has written five more monologues, as well. St. Paul, St. Peter, Judas, Joseph and Barnabas have all been subjects for this very unique ministry. Not in that he presents a monologue, but it is in how he does this. All are in modern dress and the dialogue is original, inspired by the Gospel. As someone has said, it’s “sanctified imagination.”

“I pray a lot,” Maxwell notes. “I feel like I’m here to take characters that are over two thousand years old and give breath to them again. I mean, Peter is an illiterate blue-collar worker who wears jeans and brogans.”

Maxwell has been described by one minister in Mississippi as someone who presents the “Far Side Gospel”! Says the Rev. George Anderson, Presbyterian minister in Roanoke, VA, “He loses himself in the characters so that those characters can get hold of us and not let go!”

The Rt. Reverend A.C. Marble, gushes, “I commend to you an outstanding actor, whose ministry is compelling and significant. Come see and experience his gifted offerings!”

The Rev. Sam Morris of First United Methodist Church in Columbus, Mississippi, says, “If you want your congregation to know Peter, Paul or John the Baptist as real people, invite John Maxwell to your church!”