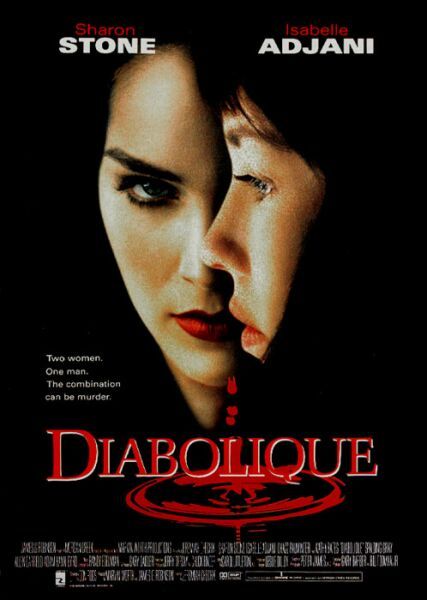 Despite the inherent intrigue and twists, DIABOLIQUE is a listless and suspenseless remake of the 1955 French thriller LES DIABOLIQUE. The traditional love triangle uniquely but improbably pairs a weak-hearted wife with a cold-hearted mistress to "do in" a cruel-hearted husband. Or, so it seems. This remake strongly emits anti-biblical messages by depicting ongoing murderous, adulterous, lesbian, and deceitful activities within an obvious Christian environment. Once more, the "religious' character is portrayed as the weakest, and constantly leaning on a non-Christian for guidance and support.

DIABOLIQUE is a unique look at a traditional love triangle. It pairs a weak-hearted wife named Mia, played by Isabelle Adjani, with a cold-hearted mistress named Nicole, played by Sharon Stone. Together, these two attempt to “do in” a cruel-hearted husband and lover. At least, that is how it first appears. The women poisons the husband/lover and then drown him in a bathtub, afterwards dumping his body into a swimming pool. However, when his body turns up missing the very next morning, a series of haunting events reminds the two women of their deed. Only the final frames of the film reveal the true conspiracy.

Despite the inherent intrigue of the story, this remake of the 1955 French thriller LES DIABOLIQUES is a listless and suspenseless journey. Far too much monotonous time is spent with the lesbian relationship between wife and mistress. Thus, the interrelationship of the story’s events is sacrificed upon its boring characters. DIABOLIQUE strongly emits an anti-biblical theme and spiritual contrasts. Thus, the “religious” character is depicted as the weakest, constantly leaning on a non-Christian for guidance and emotional support. All in all, morally and entertainment-wise this movie is diabolical.

Writer: Don Roos BASED ON THE NOVEL: CELLE QUI N'ETAIT PLUS by Pierre Boileau & Thomas Narcejec