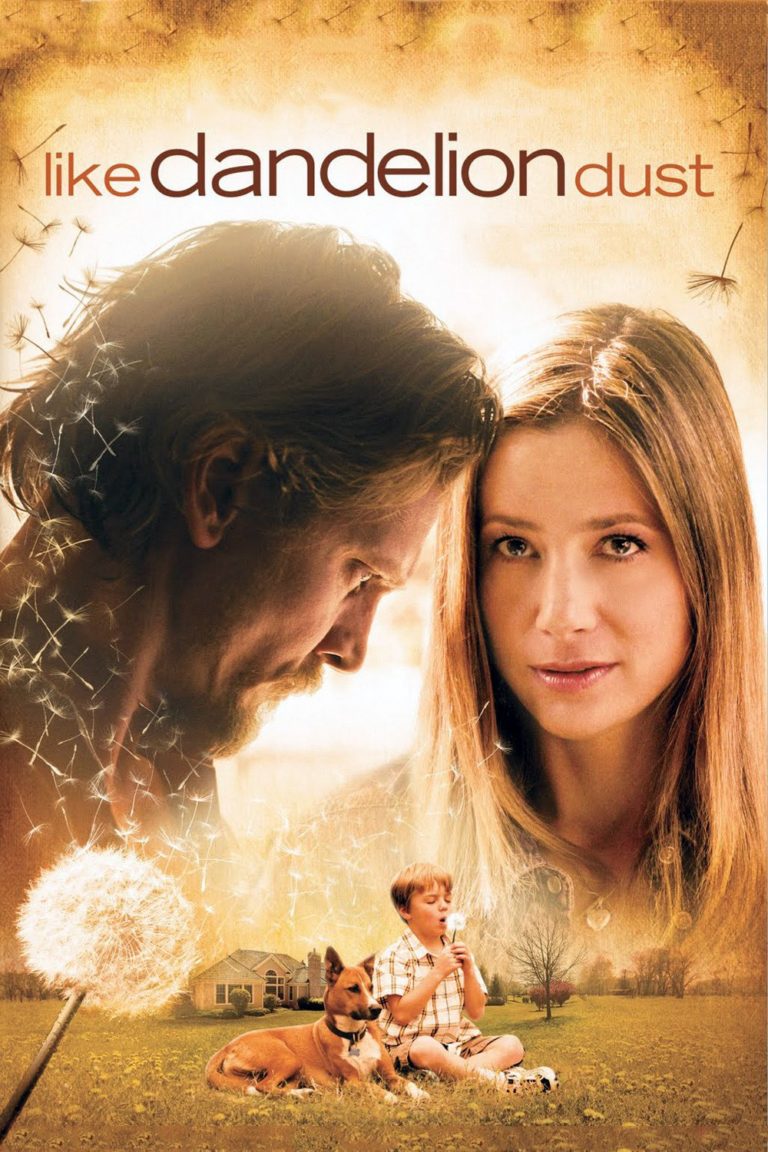 LIKE DANDELION DUST is a very realistic look at a tragic situation. The movie opens after Rip Porter beats up his wife, Wendy. She calls the police. They put him in prison. Seven years later, Rip gets out of prison, and Wendy is waiting for him because he’s sworn off alcohol and found Christ. Rip learns, however, that Wendy put their son Joey up for adoption. The adoptive couple, Jack and Molly Campbell, lives the rich and famous life with Joey. When a social worker forces Joey to stay sometimes with the Porters, the Campbells think about running away with Joey overseas.

The acting in LIKE DANDELION DUST is so superb that the audience believes it’s watching real people. Even so, the story is plotted in such a nuanced way that the first third seems like cinema verite. The last two thirds builds, however, to a powerful, emotional ending. This dramatic construction is very true to the nature of the story but may not win the movie a large audience. The camerawork is quite incredible. LIKE DANDELION DUST has strong moral points. It also shows that life is messy.

(BBB, CC, V, N, AAA, D, M) Very moral worldview with strong Christian content and the discussion of wishing on a dandelion; no foul language; several fights such as man beats up wife, wife falls and hits head in bathtub, two men fight, not much blood but cuts and bruises shown; no sex but one married couple having a conversation on top of a bed; upper male nudity; extreme alcohol use and drunkenness; smoking; and, trying to illegally leave the country, kidnapping of child, lying.

LIKE DANDELION DUST is a very realistic look at a tragic situation. The movie opens after Rip Porter beats up his wife, Wendy. She manages somehow to call the police. They show up and put him in prison.

Seven years later, Rip gets out of prison, and Wendy is waiting for him. This is a tragic, down and out couple. He’s sworn off alcohol, and he’s found Jesus Christ. He wants to turn his life around and start a family. She tells him they had a son, but she had to put him up for adoption. He wants the son back and finds out someone forged his signature to allow the adoption.

Meanwhile, Jack and Molly Campbell live the rich life with Joey. They have a magnificent yacht and live in a beautiful home on the beach in Florida. They don’t seem to need anything. Molly’s sister wants to take Joey to church, but Molly won’t let her.

The social worker Mrs. Brown shows up and tells them they’re going to have to give up Joey. Jack does everything in his power to fight giving up Joey, including trying to bribe a Congressman. Eventually, they have to let Joey visit his real parents in Ohio.

The social worker explains that for the first visit, they’ll just be friends, the next visit they’ll talk about family, and the third visit they’ll reveal they are his real parents. Rip and Wendy are on their best behavior the first time Joey shows up, but Joey wants to go home. Rip builds him a treehouse, teaches him baseball, and Joey enjoys some of it in spite of himself. By the third visit, Jack and Molly are panicked. Jack illegally flies to Ohio and offers to give Rip $2 million if he can keep Joey. They get into a knockdown, drag out fight.

After Jack leaves, Rip goes bonkers. He starts drinking and fights with Wendy, pushing her into a bathtub, thus cutting her face badly on the faucet.

Meanwhile, Molly and Jack are thinking of running away with Joey forever. Jack buys false passports, and they join a church mission group on a mission to Haiti. Before going to Haiti, Molly’s Christian sister calls the social worker. As Jack, Molly and Joey are about to leave for good, the police show up, and Molly and Jack are deported to the United States. Now, it seems like everyone is facing prison. The question is, how can these irreconcilable differences be reconciled?

The acting in LIKE DANDELION DUST is so superb that the audience believes they are watching real people. That said, the story is plotted in such a nuanced way that the slow first third seems like cinema verite. The first part takes viewers into the lives of the two families, showing hints of the conflict to come. Joey lives a privileged and sheltered life with his adoptive parents while his birth parents struggle to reconnect after a long period of separation. The last two thirds builds, however, to a powerful, emotional ending. This dramatic construction is very true to the nature of the story but may not win the movie a large audience. For a movie to be successful, it needs to capture the audience right at the beginning and deliver a powerful ending.

The camera work is quite incredible. The Campbell life is a picture postcard life. The Porter life in Ohio is gritty, dirty and bleak. The contrast between the two families, the tension that develops, and the quality of the acting all indicate a good director. The only negative is Wendy telling Joey to make a wish on a dandelion, rather than using it as a teachable moment about prayer.

LIKE DANDELION DUST has some strong moral points about doing the right thing. These come out of difficult situations. It also shows that life is messy. Molly’s sister is a strong Christian, but she seems to fail Molly when she reports her attempt to run away. In fact, she has done the right thing. Rip’s conversion in prison seems real, until he gets back on the bottle and beats up Wendy.

The characters’ relationships also represent some core themes of Christianity. When Wendy sacrifices her son Joey in order to have a relationship with Rip, who doesn’t deserve it, she shows the love of God for a broken world. Jack and Molly’s adoption of Joey and their determination to keep him in their lives is a great example of the Father’s adoption of His children, and how He longs to keep them in His family.

While this is not a movie with a political statement, it is a wake-up call that laws regarding adoption would better serve the child if they favored the adoptive parents. Every year, the courts return children who have been legitimately adopted to their birth parents, causing trauma and heartache for the children, their adoptive parents, and the birth parents.

The filmmakers are very passionate about the movie. If audiences find LIKE DANDELION DUST, it may provide a mirror on their own lives. For audiences that love drama with strong characters, critically acclaimed performances, tight storyline and solid production value, LIKE DANDELION DUST is compelling movie entertainment.