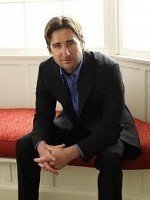 Inspired by a true story, MIDDLE MEN opens with Jack Harris of Houston describing his happy marriage with his wife, which produces two young children. Jack has a knack for putting business deals together, especially smoothing out problems. The real story begins in 1997 when Jack gets roped into straightening out a disagreement with a Russian mobster and the two stoners who invented the prototypical Internet credit card billing system, which they use to sell pornography. Six years later, Jack and the two stoners have the richest Internet billing company. Jack is high on the money and power. Sadly, he has grown estranged from his family because he has to spend most of his time making the business run smoothly. And, the mobster has something hanging over Jack’s head.

MIDDLE MEN has a happy, even touching, ending where Jack realizes that marriage and family, and everyday joys they bring, are best. Regrettably, MIDDLE MEN, especially the first half or so, makes a sarcastic politically correct joke about the sexual lust of males and middle-class hypocrisy. The movie also contains a incredibly extreme mixture of foul language, sex, nudity, and overt drug references.

(PaPa, BB, PC, HoHo, C, LLL, VV, SSS, NN, AA, DD, MM) Strong mixed pagan worldview with a moral premise and resolution that is actually inspiring and extols marriage and family but with some politically correct pagan sentiments about the attraction of pornography and much amoral and immoral behavior shown, including depicted lesbian behavior, plus church picnic shown briefly in beginning in a story of a man’s fall from grace and return to it; at least 183 mostly strong obscenities, four strong profanities, nine light profanities; some strong violence includes man strongly punched and it apparently gives him a brain hemorrhage so (as one of his ears seems to be bleeding) his head and body collapse into a glass table that shatters, guns pointed, threats made, boy kidnapped and carried from house with blanket over him, man shot, men get roughed up, and two idiotic buddies are constantly arguing and fighting one another; very strong sexual content includes depicted oral sex in background of a scene, multiple depictions of self-abuse, half naked women dancing around, semi-nude women engaged in lesbian kissing or caressing, half naked women walking around in party/orgy scene, depicted adulterous kissing, implied adulterous fornication, protagonists (including a married businessman with children) start the first Internet billing scheme for pornography (which also becomes the prototype for all other Internet billing services) that includes them getting involved in that porn scene, men visit strip clubs, strippers shown, two side characters suddenly realize that their new “sub-contractor” has gotten them involved in an Internet site showing nude photos of underage girls but nothing is shown here and they get in trouble with the law, suggestive poses, and Internet websites of semi-nude women shown; many images of upper female nudity, some rear female nudity and some upper male nudity; alcohol use and drunkenness; smoking, cocaine use and crack or marijuana smoking in a pipe; and, strong miscellaneous immorality, men hide accidental manslaughter death from the authorities, gangster activity, lying, betrayal, deceit, manipulation, kidnapping, blackmail.

MIDDLE MEN is a schizophrenic movie. After laughing about and even endorsing the attraction of pornography to males, especially the beginning of Internet pornography in the late 1990s, it then turns into a strong morality tale showing that the pornography business is an empty life and that married life and family values are best. Until about the second half of the picture, however, the movie actually seems to celebrate producing and consuming softcore pornography, albeit in a cynical way that, at the same time, seems to show the sinfulness of humanity.

Sarcastically narrated by the movie’s main protagonist, played by Luke Wilson, and inspired by a true story from the life of Producer Christopher Mallick, MIDDLE MEN opens with Jack Harris of Houston describing his happy marriage with his wife, which produces two well-adjusted children. Jack has a knack for putting business deals together, especially when it comes to smoothing out problems.

The real story begins in 1997 when a friend in Los Angeles asks Jack to come there and take over the fancy singles bar and nightclub he’s just started but can no longer run. At the same time, two strung-out friends in L.A., one of them a former NASA astronaut, hit upon a scheme to sell Internet pornography using credit cards. Apparently, no one has yet started to run any kind of Internet business using credit cards, much less one involving pornography. So, Buck writes the prototype for all Internet credit card billing systems so that he and his neurotic friend, Wayne, operate a website with pornography.

Jack sarcastically narrates that this business idea is one of the hottest ideas of all time because men are always thinking about sex. To back up Jack’s comments, a crude montage shows a series of young and older males abusing themselves while looking at pictures of naked women.

Naturally, says Jack, Buck and Wayne’s new business model takes off like gangbusters. Then, however, Buck decides they need to improve the photos they have on their website. So, he and Wayne visit a strip club to ask the owner if they can take some photos of the nude girls.

Four weeks later, Buck and Wayne have made a cool million bucks, or $250,000 a week. In celebration, however, Buck and Wayne go to Las Vegas for sex, gambling and drugs and forget to give the Russian mobster his cut.

The mobster, of course, still wants his cut from the first four weeks. He sets up a rendezvous with his thuggish nephew, Ivan, but during the meeting, Jack’s other friend and bodyguard punches Ivan, Ivan has a fatal brain hemorrhage, and Jack, Buck, Wayne, and Jack’s friend dump Ivan’s body in the ocean. To cover their tracks, they suggest that Ivan took the money and disappeared on his own, implying he stole it. The mobster is suspicious, so he forces Jack to make him a silent partner in the billing company. Now, Jack is committed to staying in this sleazy business, although he really only wanted to make enough money for one year to set up his family for life.

Six and seven years later, business is booming for everybody, but Jack has grown estranged from his family because he’s the only one who knows how to make the business run smoothly. So, the frequent business trips to L.A. and Vegas mean Jack seldom gets to see his wife and children.

Making matters worse, the sleazy lawyer Haggerty returns. He’s also suspicious about what happened to Ivan. And, he seduces Buck and Wayne to make a side business deal with another, even more sleazy guy. Unknown to them, he connects their business to a pedophile site of underage girls.

Eventually, of course, the truth about Ivan comes out. And, Jack becomes stuck between Haggerty, the Russian mobster and the FBI. Suddenly, the idea of becoming filthy rich off Internet pornography doesn’t look so good, especially in contrast to Jack’s quiet, but fulfilling, former life with his wife and children.

This last message leads to a wonderful and positive, even touching, ending. It gives the movie, which has an excellent script with fine acting and an energetic pace, a positive moral premise. Regrettably, MIDDLE MEN, especially the first half or so, makes a sarcastic politically correct joke about the sexual lust of males and middle-class hypocrisy. It also contains an extreme amount of foul language, sex and nudity, along with overt drug references. This mixture is clearly excessive and rather gratuitous, even considering the sleazy topic – how the Internet pornography business became a multi-billion dollar enterprise.