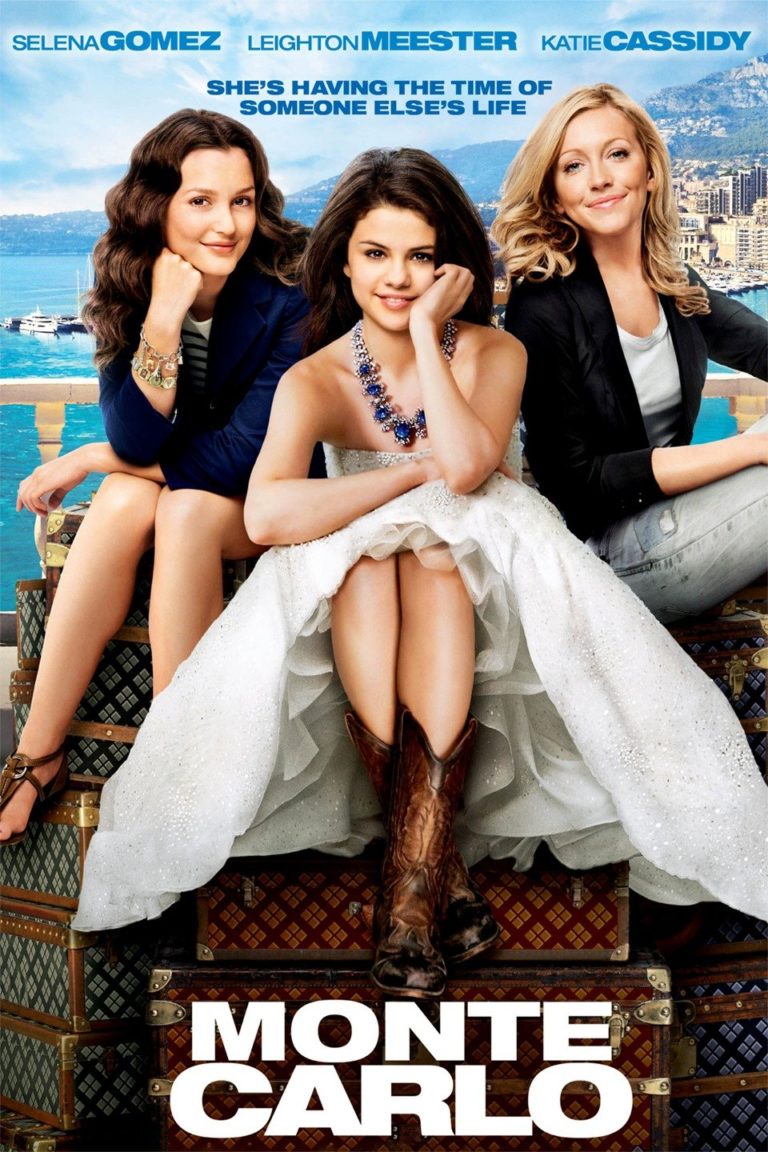 MONTE CARLO is a light, breezy, likeable comedy. Grace Bennett is a recent high school graduate in Texas who’s been saving up for a trip to Paris. Much to her chagrin, Grace’s mother and soon-to-be stepfather arranges for her older and just as pretty, but stuffy, stepsister, Meg, to accompany Grace and her waitress friend, Emma. When they get to Paris, the tour Grace booked turns out to be terrible. A case of mistaken identity allows Grace to pose as selfish British socialite Cordelia Winthrop Scott, her exact look-alike. She, Meg and Emma even get to use Cordelia’s private jet to fly to Monte Carlo, where Cordelia is the star attraction for a charity auction to build schools for poor children.

Though aimed at teenage girls, MONTE CARLO is fun enough and clean enough for practically everyone. It has a really nice ending, though the middle could use a bit more pizzazz. Despite the lying and subterfuge by the three heroines, they do the right thing when they realize their shenanigans could result in no charity going toward the poor children at all. Thus, all’s well that ends well in MONTE CARLO.

(BB, CapCap, Ro, FR, C, L, V, N, A, M) Strong moral worldview with a pro-capitalist message of wealthy people and families supporting private charity and helping needy children, but with some Romantic elements and an outcome that’s also slightly antinomian where young heroines get away with breaking/bending some rules and laws though another young lady is chastised for her selfish irresponsibility and spoiled attitude, plus a church is shown briefly to be major part of people’s lives in Texas, as one symbol of their life; no obscenities, one light exclamatory profanity using “My God” and woman uses an invented obscenity, “Frack”; light comic violence includes woman accidentally hits polo ball so that it careens toward people and knocks corks out of champagne bottles, pratfalls, young women on ledge try to escape notice and avoid capture, young woman tied up so she doesn’t stop charity function, woman falls backward in chair; no sex but three young adult women become interested in three men, a couple kisses occur and one woman decides to travel the world with man she meets who’s exploring the world; upper male nudity in beach areas, young adult women wear bikinis and upper male nudity when women open dingy hotel window and see an older fat man sitting in a tub across the way; alcohol use but mostly implied; no smoking or drugs; and, lying but protagonists finally admit the truth, heroine poses as someone else to take advantage of luxury that’s not being used but which has already been set up for a heiress who’s decided to skip out on her schedule, a platitude from Gandhi about being a “change” agent is quoted twice, protagonists tie up woman so she doesn’t stop important charity auction, missing heiress is selfish and irresponsible and bossy but other rich people care about charity and helping needy children.

MONTE CARLO is a light, breezy, likeable comedy that leads to a nice ending, though it could use a bit more pizzazz in the middle. Best of all, it’s a fairly clean movie aimed mostly at teenage girls, with a positive message ultimately favoring private charity, honesty, telling the truth, and helping needy children.

In the story, new high school graduate Grace Bennett has been saving for years to take a trip to Paris with her 21-year-old waitress friend, Emma. At the last minute, however, her mother and soon-to-be stepfather install her older and just as pretty, but stuffy, stepsister, Meg, as chaperone. The stepfather is also concerned that Meg has spent too long mourning her late mother, to the cost of Meg’s own well being.

Instead of being a dream vacation, the trip to Paris turns out to be a rushed tour of all the sites. In fact, their tour bus only gives them one quick glimpse of the top of Notre Dame Cathedral.

Eventually, the hurried tour leaves the girls stranded at the Eiffel Tower, and they have to walk back to their dingy hotel in the rain. To get dry, they step into a fancy hotel, where Grace is mistaken for British socialite Cordelia Winthrop Scott, her exact look-alike. Cordelia unexpectedly decides to leave, so Grace, Emma and Meg take advantage of sleeping in her room for the night.

The next morning, the hotel staff shuffles the girls off to Monte Carlo in Cordelia’s private jet, to attend a charity ball in Monte Carlo. There, Cordelia is supposed to give away an expensive necklace for auction, to help the Marchand Family Foundation’s charity establish more schools for poor children around the world.

Spoiled Cordelia has no intention of staying the whole week in Monte Carlo. So, again, Grace, Emma and Meg get to take advantage of the room and clothes waiting for the irresponsible, selfish heiress. With Cordelia’s beautiful accoutrements, Grace, Emma and Meg attract the attention of three young gentlemen. In fact, Grace attracts the attention of Theo, the young heir to the Marchand estate. Grace and Theo have much in common. They both feel out of place in their own environment, and they find things in the other person that they themselves lack.

Things get crazy again, however, when the real Cordelia unexpectedly arrives just before the charity auction. To make matters worse, the usually responsible Meg misplaces the fancy necklace needed to make the auction a success.

MONTE CARLO is almost like a reverse ROMAN HOLIDAY, the classic Gregory Peck-Audrey Hepburn movie where a hard-nosed journalist encounters a beautiful princess desperate to see the sites of Rome while traveling incognito. In this one, Grace and her companions are brought back to their senses by the needs of the poor children, who are the focus of the charity auction in the picture. In fact, Grace’s final speech about helping the children inspires the other characters; except, for the selfish, snooty and spoiled Cordelia, of course. Thus, all’s well that ends well in this apparent modern variation on Shakespeare’s comedies about mistaken identities.

Another bit of good news is the fact that all three of the romances in the movie are chaste, except for a couple kisses. Also, Emma discovers that her boyfriend back home, who tries proposing to her to stop her from going to Paris, is truly the one with whom she wants to spend the rest of her life.

All in all, therefore, MONTE CARLO is almost a wonderful diversion for all ages, except for the youngest of children. Though teenage girls are the ones most likely to enjoy the movie most, MONTE CARLO is charming enough and fun enough for others who might be dragged along to the movie theater, including males.