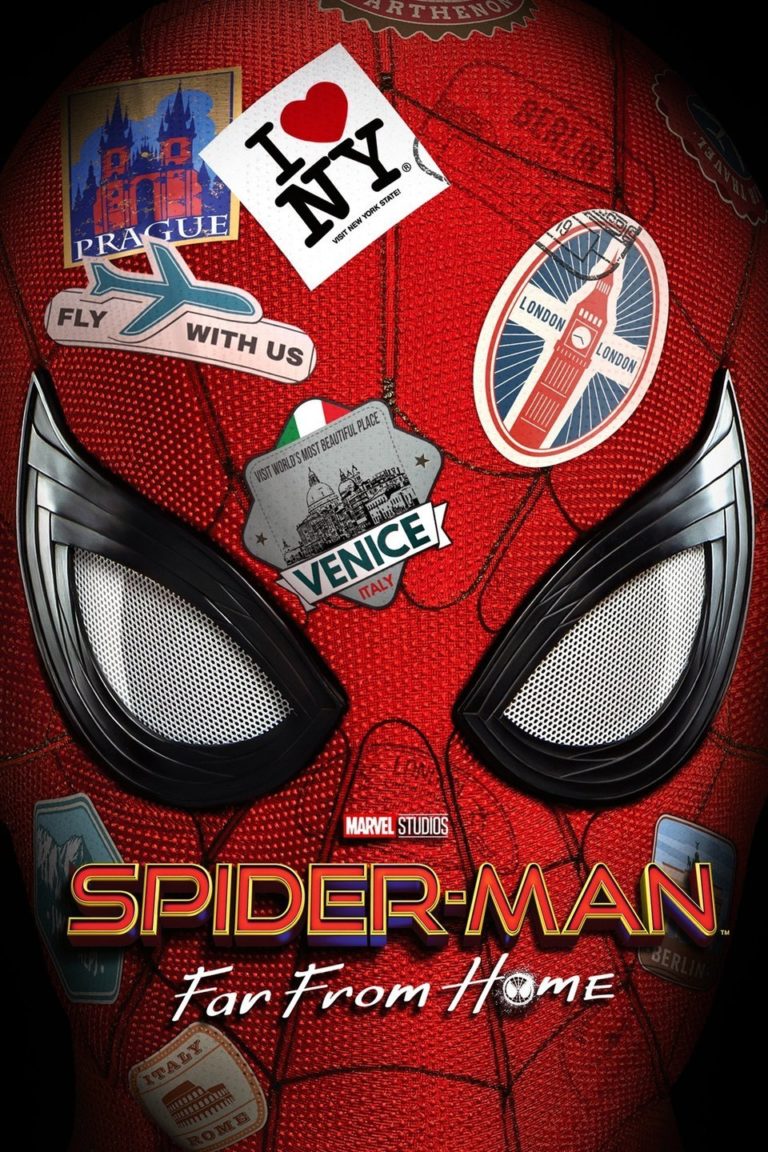 In SPIDER-MAN: FAR FROM HOME, Peter Parker wants to enjoy his high school’s science field trip to Europe and focus on his plans for telling MJ he likes her, but Nick Fury, the head of the Avengers, needs Spider-Man to help a mysterious new superhero stop giant water and fire creatures from another universe who are intent on destroying Earth.

In SPIDER-MAN: FAR FROM HOME, Peter Parker returns to high school after helping the Avengers defeat Thanos. Peter wants to enjoy his school’s upcoming science field trip to Europe and plans to tell MJ he likes her. However, Nick Fury, the longtime government official in charge of the Avengers, wants Spider-Man to help a mysterious new superhero stop a giant fire creature from another universe with the ability to destroy Earth. Peter is reluctant, but Fury won’t take no for an answer. The stage is set for a showdown with the creature. However, a major twist occurs, a new villain is exposed, and Peter must face a new deadly challenge alone.

SPIDER-MAN: FAR FROM HOME is funnier and more exciting than other recent live action Spider-Man movies. It packs a stronger emotional punch. The story is well paced, and the special effects are impressive. FAR FROM HOME has a strong moral, redemptive worldview promoting truth, overcoming deception and saving lives, while thanking God. Caution is advised for older children because of foul language and a repeated crude joke in SPIDER-MAN: FAR FROM HOME.

(BBB, CC, H, LL, VV, S, N, A, M):
Dominant Worldview and Other Worldview Content/Elements:
Very strong moral worldview with strong redemptive content includes a strong rebuke of Fake News and people who obtain power but try to use that power to deceive the public and individuals, a comment is made that people need to believe in something, a pro-family subplot showing that an orphaned boy’s aunt is supportive of the nephew she’s raising, a pro-life message where the hero clearly values human life, but the manipulative and merciless villain clearly does not, a statue of the Virgin Mary opens the movie, and several scenes where people overtly thank God for a blessing of one kind or another, plus one scene shows people accepting the humanist idea that there are multiple universes, but a later scene shows that people are gullible and stupid for believing such nonsense
Foul Language:
12 obscenities (a couple “s” words and some “d,” “h” and a** words), six light exclamatory profanities (usually OMG and usually during the heat of the action)and several crude jokes and the middle finger gestuer
Violence:
Lots of light and strong action violence includes two superheroes battle huge water and fire creatures destroying city buildings and endangering people in several scenes, villain gets control of satellite drones to attack good guys and wage destruction, Spider-Man is thrown about repeatedly as he fights creatures and drones, buildings and parts of buildings crumble, creatures and drones and villain threaten civilians, Spider-Man accidentally knocks his head against a giant bell two or three times during one fight scene, Spider-Man uses his super-strong sticky web threads to stop a tall bell tower from falling onto people in the street, a man stitches a wound on Peter’s back while Peter winces in pain (there are no visuals of the actual stitching), drones blow up a small empty jet, a tour bus almost tumults off a narrow mountain road when it’s attacked, people mourn the deaths of several superheroes that happened in a previous movie, etc.
Sex:
No sex scenes implied or depicted, but a double entendre intended to be funny is repeated throughout the movie when people decide to call Spider-Man’s “spidey sense” of impending danger a “Peter Tingle,” and a rival student sees Peter Parker starting to put a new Spider-Man suit under his clothes (Peter has just taken off his pants and is in his boxer shorts) with a female government agent and gets the wrong impression
Nudity:
No sexual or explicit nudity, but two scenes with brief, naturalistic upper male nudity
Alcohol Use:
Teenager tries to pretend to be 21 to get alcohol on a plane but his deception is exposed by another student
Smoking and/or Drug Use and Abuse:
No smoking or drugs; and,
Miscellaneous Immorality:
Villain uses deception to fool the good guys, two teenagers (male and female) kiss and another teenage couple become boyfriend/girlfriend for a time, and teenage hero lies to hide his secret identity as Spider-Man.