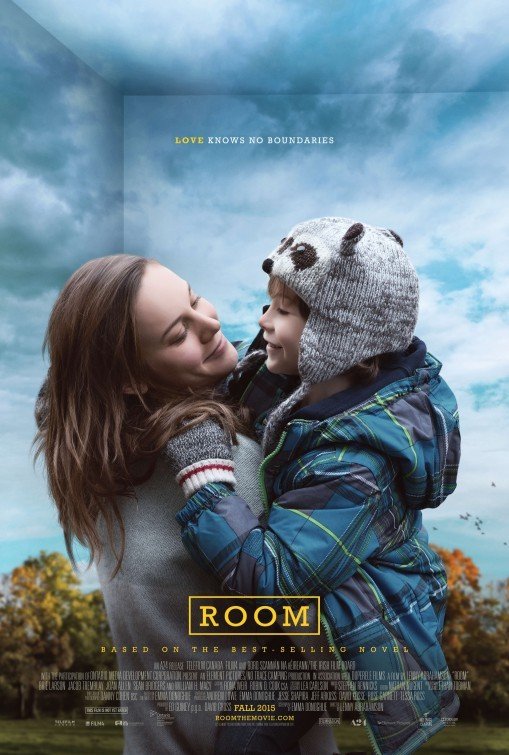 ROOM is an emotionally wrenching but ultimately uplifting story. It tells its story from the point of view of 5-year-old Jack, who’s spent his life in what he calls “Room.” His mother was kidnapped 10 years before as a teenager by a man she calls Old Nick. The first half sets up their claustrophobic life, where the mother does all she can to protect Jack and instill in him a sense of wonder. After a harrowing escape, Jack and his mother return to her mother’s home. Though his mother has a difficult time, Jack’s life is filled with wonder as he experiences everything from pancakes to puppies for the very first time. The first half of ROOM is harrowing but also filled with wonder and beauty as Jack’s mother shelters him from the evil around them. It ends with one of the most suspenseful escape sequences ever. The payoff after Jack’s escape is enormous. ROOM is a profound example of resilience, hope and a mother’s selfless love for her child. However, it’s not for children or teenagers. Extreme caution is advised.

(BB, LL, VV, SS, D, MM) Strong moral worldview about mother protecting her young son after she’s been repeatedly raped by evil man who kidnapped her when she was a teenager, including an implied reference to the biblical story of Samson; at least 10 “f” words; two implied rapes off screen, intense escape scene, and one scene where woman’s captor screams at her while choking her to the point of bruising her neck, and then cuts off their power for a long and dangerous day in which they are so cold they are constantly breathing; two implied rapes off screen; no explicit nudity; no alcohol; brief smoking; and, woman and child held prisoner against their will.

ROOM is an emotionally wrenching but ultimately uplifting story of a 5-year-old boy who’s spent his entire life trapped in a room with his mother, who was kidnapped by a man when she was a teenager. ROOM has a strong moral worldview where the mother protects her son and instills a sense of wonder in him, but there are some disturbing scenes and strong foul language. So, extreme caution is advised.

ROOM tells its story almost entirely from the point of view of Jack (Jacob Tremblay), who has spent his entire life in what he calls “Room.” His mother (Brie Larson), known only as Ma throughout the movie, was kidnapped 10 years before as a teenager by a man known only as Old Nick (Sean Bridgers), and eventually impregnated by him when he raped her. While they are trapped in a storage shed in Old Nick’s back yard, Ma has made Jack believe that Room is the entirety of the world, and that anything else is a fictional person, thing or place within the realm of television. In this remarkably inventive and selfless way, she has protected him from knowing he’s locked up and deprived of nearly everything life has to offer. The first hour sets up this highly claustrophobic life.

The movie doles out details of their plight in small doses that expertly convey Jack’s limited but growing perception of their circumstances. When he turns five on the day the movie begins, Ma decides it’s time to start teaching Jack more about the real world and their circumstances, with the eventual hope of forming a plan of escape and teaching Jack how to execute it. That first hour expertly moves between moments of dread and of hope. When the day comes for Jack’s escape, in which he is to get away from Old Nick and pass a note about Ma to the police,

Director Lenny Abrahamson guides young actor Tremblay through one of the most jaw-dropping and suspenseful sequences ever committed to film. The payoff after the darkness and suspense is enormous. Thus, the movie’s second hour shows that, while Ma’s adjustment to re-entering her mother’s life and home is a difficult one, Jack’s is filled with wonder as he experiences everything from pancakes to a puppy for the very first time and all at once. This second half will have a profound effect on viewers as well, giving them a renewed appreciation for their freedom and everything good in their lives.

What seems mundane to adult viewers in their own lives takes on an amazing magic through the eyes of young Jack, and that is a valuable gift for any adult viewer to see. ROOM is also a profound example of resilience, hope and a mother’s selfless love for her child. As such, it’s an amazing movie to experience. That said, ROOM has some disturbing, excruciating moments and some strong foul language. It’s a movie for adults, not for children or teenagers. Extreme caution is advised.

Listen to Interviews with the Stars of ROOM on the Movieguide® Podcast!