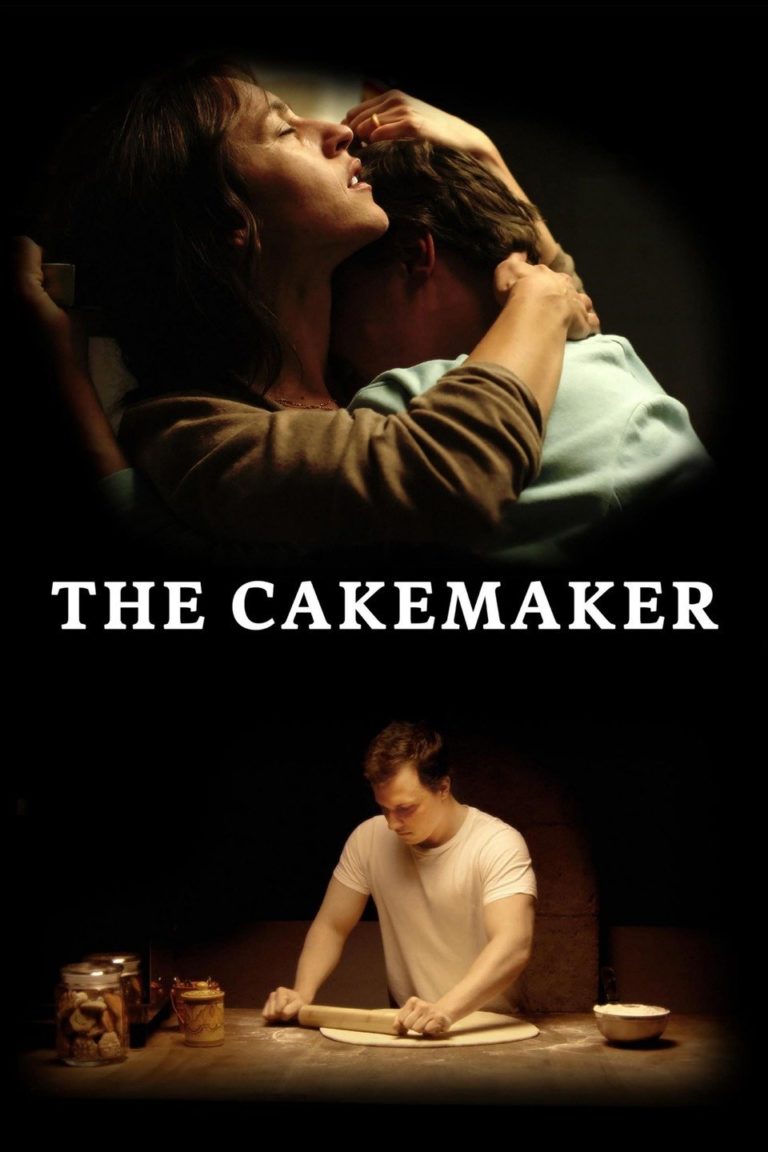 THE CAKEMAKER is an Israeli drama in Hebrew and English. Thomas is a baker who’s taken over his dead grandmother’s bakery in Berlin, Germany. At the bakery, he meets Oren, a married man traveling for work. The two begin a homosexual affair. When Oren is mysteriously killed in an accident in Israel a year later, Thomas is the last to find out. Desperate to learn more about Oren, he travels to Jerusalem to meet Oren’s widowed wife and their 6-year-old son. What will happen when the wife finds out the truth?

Affairs, hidden identity and the need to belong are at the heart of THE CAKEMAKER. Though rather low key, it has a strong Romantic, politically correct worldview that attacks traditional moral values. The meanest character is the wife’s religious brother, who’s cruel to the baker when he finds out the truth. The movie’s second half contains some explicit flashbacks to the title character’s homosexual affair and another explicit scene. Ultimately, THE CAKEMAKER shows the kinds of lunacy that occur when you abandon the exemplary moral values of Jewish or Christian culture.

(RoRoRo, FRFR, PCPC, HoHoHo, HH, AbAb, B, L, V, SSS, NN, A, D, MMM):
Dominant Worldview and Other Worldview Content/Elements:
Very strong but somewhat low key and not bombastic Romantic, antinomian, politically correct worldview with very strong homosexual references where the meanest character is a religious Jewish man, plus woman defiantly says she’s not religious and doesn’t want to be religious, with some light moral talk about the importance of family and Jewish sabbath prayers about God are said;
Foul Language:
One obscenity;
Violence:
Man repeatedly slaps another man who lied to him and his sister and tells him to get out of town and never return;
Sex:
Several scenes of depicted sexual immorality, extreme overall, includes briefly depicted homosexual sodomy between married man and unmarried man, depicted heterosexual fornication, man and woman in bed together, shot of nude man lying on top of other nude man in bed, brief homosexual kissing, married man discusses with homosexual lover making love to his wife, implied homosexual activity, and an adulterous situation is a key event in the movie;
Nudity:
Rear male nudity when two men lie naked together on a bed, naturalistic rear and upper male nudity in several scenes when man exits shower, dries himself off, or stands in his apartment in one scene;
Alcohol Use:
Alcohol use;
Smoking and/or Drug Use and Abuse:
Brief smoking but no drugs; and,
Miscellaneous Immorality:
Very strong miscellaneous immorality as homosexual lover of dead married man repeatedly lies and hides truth from man’s wife and wife’s brother (dead man’s mother suspects the truth and doesn’t seem concerned about it), wife’s religious brother is depicted as a bigoted bully, man spies on woman before introducing himself to her.

THE CAKEMAKER is an Israeli drama about a baker in Germany who travels to Israel to find out more about his dead homosexual lover, who happened to be married with a 6-year-old son. Though rather low key and slow moving, THE CAKEBAKER has a pretty strong Romantic, politically correct worldview that strongly attacks traditional moral values. The meanest character is the religious brother of the dead man’s wife, who is cruel to the baker when he finds out the truth.

Thomas, a German baker in Berlin, works at a local bakery. One day a customer named Oren who works for an Israeli company in city planning asks what to get his son for his sixth birthday. When Thomas accompanies Oren to his apartment to help him, the two begin a year long homosexual affair. Oren mysteriously dies in a car crash in Israel. His wife, Anat, a kosher deli owner living in Jerusalem, tries to continue without him. Avram, the landlord, and Motti, her brother-in-law, do their best to help her through her loss.

Thomas travels to Jerusalem to find out more about Oren, including finding Oren’s wife and son. Soon, he takes a job at Anat’s cafe. When Oren’s son runs away from school, Anat goes looking for him. When the son returns to the café, Thomas keeps him company and bakes cookies with him.

Motti finds Thomas an apartment near the café, and Thomas gets closer with Anat, participating in Jewish customs even though he’s not Jewish. However, it is through food that he gets closest to Anat, making her an array of cakes and pastries. Anat confides in Thomas and tells him she was aware her husband was having an affair with someone in Berlin, but doesn’t know the person’s identity. The two begin a sexual relationship, and flashbacks recall some of the details of Oren’s relationship with Thomas.

Then, Anat receives some of Oren’s personal belongings from the times he went to Berlin, including his cell phone. What will happen if she finds out about Oren and Thomas?

Although the plot of THE CAKEMAKER appears to be a simple story about love, loss and the process of grieving, there’s a deeper meaning. As depicted in several scenes, this is a movie about true belonging. Thomas is trying to find his place in the world and experience love in a deep and meaningful way. Growing up without a mother or father and being raised by his grandmother, he takes solace in the first male relationship he encounters, which is with Oren. After Oren dies, he stumbles his way through life, trying to achieve the love of a makeshift family through Oren’s wife and son. It’s evident in the first few scenes that Oren keeps his relationship with Thomas a secret from his wife, making Thomas feel like an outsider. This theme of wanting to belong and being an outsider is the primary theme of THE CAKEMAKER.

Filmed in Germany and Jerusalem, the audience will get an authentic feel for German and Jewish cultures, especially through the use of food. Thomas is an expert baker, and he learns that his dead lover’s Jewish mother in Israel also loves to cook. The cast delivers solid performances, but the movie otherwise is rather slow moving. It’s more of a character study than a story with a dramatic plot.

Though rather low key, THE CAKEMAKER has a strong Romantic, politically correct worldview that strongly attacks traditional moral values. The meanest character is the wife’s religious brother, who is cruel to the baker when he finds out the truth. The movie’s second half contains some explicit flashbacks to the title character’s homosexual affair and an explicit scene between him and the dead man’s wife. Ultimately, THE CAKEMAKER shows the kinds of lunacy that occur when you abandon the moral values of Jewish or Christian culture.