THE CHOSEN: Episode 2.8: Beyond Mountains 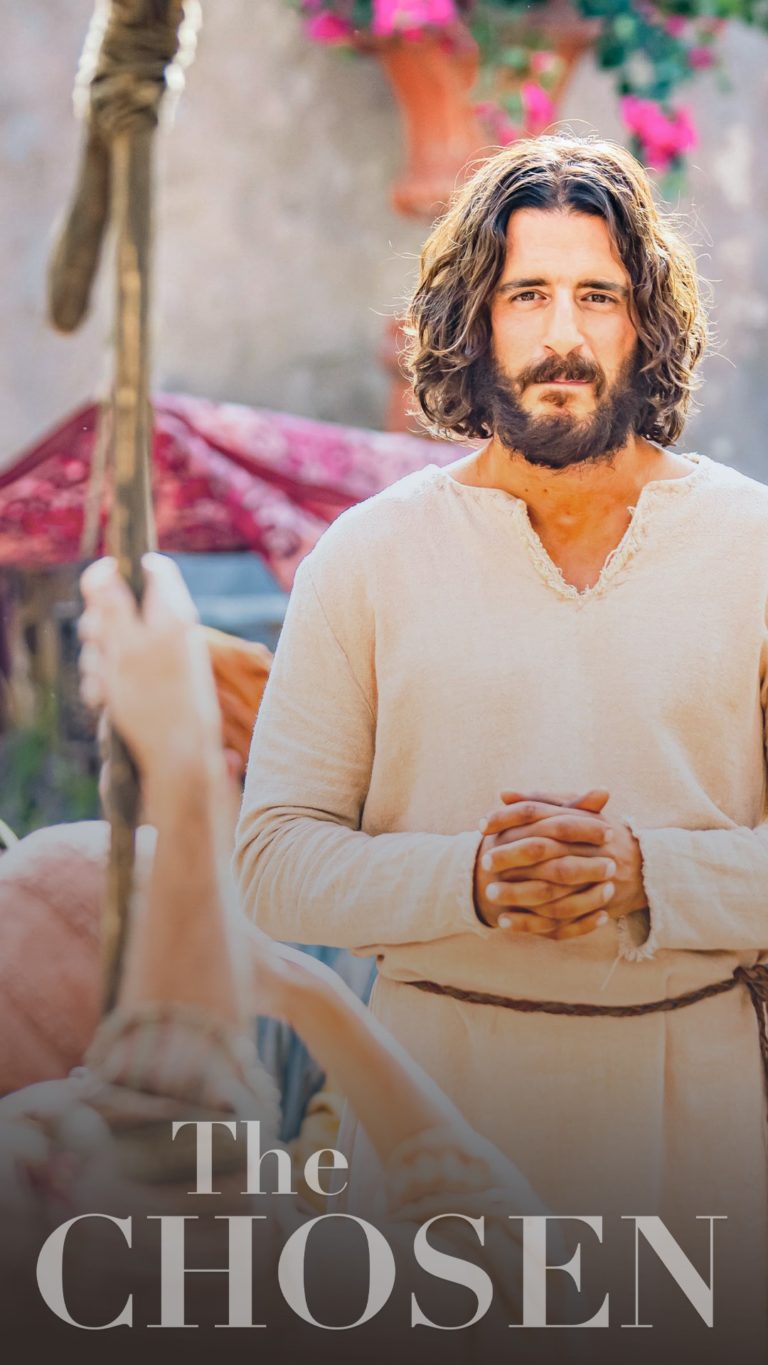 “Beyond Mountains,” the Season Two finale of THE CHOSEN, is streaming on VidAngel. It shows Jesus preparing the Sermon on the Mount and discussing it with Matthew, who’s writing it down for posterity. Meanwhile, the apostles argue among themselves while Mary Magdalene prepares public notices for the sermon. At the same time, three Jewish leaders meet to organize a campaign against Jesus and His ministry.

“Beyond Mountains” is a superb ending to Season Two of THE CHOSEN. It has a powerful climax where Jesus recites to Matthew the inspiring beginning of the Sermon on the Mount. His recitation of the Beatitudes makes Scripture come alive. The relationship between Jesus and His mother, Mary, is particularly moving in this episode. So are the scenes showing crowds up people showing up to hear Jesus to deliver His sermon. Like other CHOSEN episodes, “Beyond Mountains” imagines what the personal relationships and logistics behind Jesus Christ’s ministry and behind His Jewish and Roman opposition were like. As such, “Beyond Mountains” and THE CHOSEN actually encourage viewers to read the Gospels in the New Testament for themselves.

(CCC, BBB, A, M):
Dominant Worldview and Other Worldview Content/Elements:
Very strong Christian, biblical worldview centers on preparing and writing the Sermon on the Mount, while Matthew writes it down, with direct quotes from the first part of the Sermon and references to a few other parts, plus brief references to Jesus’ use of the divine title Son of Man, three Pharisees plan together to expose Jesus as a “false prophet,” and Judas Iscariot is introduced
Foul Language:
No foul language
Violence:
No violence
Sex:
No sex, but a man complains about Jesus talking to prostitutes when he was just ministering them and calling them back to God
Nudity:
No nudity
Alcohol Use:
Man drinks alcohol in a tavern where other men also seem to be drinking
Smoking and/or Drug Use and Abuse:
No smoking or drugs; and,
Miscellaneous Immorality:
Evil religious leaders plot against Jesus, and two salesmen hide truth from man about salt being found on his rocky land so they can buy it at a cheaper price (one man is greedy about accumulating wealth so he can have enough wealth to not have to work later).

“Beyond Mountains,” the Season Two finale of THE CHOSEN, shows Jesus preparing the Sermon on the Mount and discussing it with Matthew, who’s writing it down for posterity. Streaming on VidAngel, “Beyond Mountains” is a superb, riveting ending to Season Two of THE CHOSEN, with a powerful, inspiring climax where Jesus recites to Matthew the inspiring beginning of the Sermon on the Mount while crowds of people come to hear Jesus give his first big sermon.

The episode opens with two Jewish men, one younger and one older, trying to buy a rocky piece of land from a member of the Tribe of Ruben. The man is reluctant to sell the land, which his family has owned for 40 generations, to the older man, who comes from the Tribe of Simeon. “I’m not about to sell the land to the little brother,” he says. The younger man says they plan to build tombs on the land for people who can’t afford to buy tombs near the city. Eventually, the men agree to meet in the middle when the potential buyer says, “Suppose you find copper or lead on the land.”

Later, the two men celebrate being able to buy the land. In their conversation, it comes out that the two men already knew that there was a large salt deposit under the land. The younger man is upset that they used a “calculated deception” to fool the seller. He expresses a desire to have a life he can be proud of and to do something that matters, something that history will remember. Eventually, the two men help the apostles obtain the site for the Sermon on the Mount and go to hear Jesus.

Meanwhile, the apostles are arguing among themselves how best to serve Jesus and prepare for the crowds coming to the Sermon on the Mount. Back in one of the tents, Mary Magdalene writes public notices for the sermon, and Ramah practices reading Scripture to Mary. Jesus is away finalizing His sermon while Matthew writes down the words. They discuss coming up with a better opening to the sermon instead of opening with Jesus’ command to followers to be salt and light.

“Beyond Mountains” is a superb, riveting ending to Season Two of THE CHOSEN. It has a powerful climax where Jesus recites to Matthew the inspiring beginning of the Sermon on the Mount. Shortly after that, some stirring music plays as crowds of people come to hear the sermon, and the apostles reunite with old friends and relatives. The relationship between Jesus and His mother, Mary, is particularly moving in this episode. The episode’s ending foreshadows future jeopardy for Jesus and His disciples when several Roman soldiers, including Gaius and Atticus, come to hear the sermon. They are surprised, and concerned, by the crowd’s size. Eventually, the apostles also meet Judas Iscariot for the first time. The performances throughout this episode are uniformly excellent, but Jonathan Roumie as Jesus definitely gives one of his best, most compelling performances in the whole series in this episode.

Like other CHOSEN episodes, “Beyond Mountains” imagines what the personal relationships and logistics behind Jesus Christ’s ministry and the growing concern among leading Jewish and local Romans leaders about Jesus were like. The episode depicts Jesus, however, as a compassionate, but firm leader and teacher who knows perfectly well where he wants to lead His ministry and His disciples, even though he still values their opinion. The scenes about creating the Sermon on the Mount are the most inspiring. When Jesus finally reveals to Matthew the opening of the sermon, which contains the Beatitudes, His recitation is absolutely riveting to both Matthew and the viewer, and the words of Scripture come alive. Some viewers have complained about the nonbiblical scenes in the series, but instead of turning viewers off, these scenes actually encourage viewers to read the Gospels in the New Testament for themselves. In fact, Matthew’s description of the Sermon on the Mount in his Gospel (Matthew 5:1 through 7:29) is one of the greatest passages in the whole Bible. It has led to the salvation of millions of people.