I was a teenager in the 1960s and saw first-hand the immediate impact of the sexual revolution.

In four years of high school, I was only aware of one girl who got pregnant in school. It was considered a scandal. I spent four years in college, and it seemed as if girls everywhere were getting pregnant before marriage.

In 1965, my favorite movie was THE SOUND OF MUSIC.

By 1967, I’d been impacted by culture’s push for more sexuality, and my favorite film changed to THE GRADUATE–hardly a tale of purity and integrity.

It really was an all-out revolution. Concepts of what is right and what is wrong changed. The primary advocates of the revolution shouted, “Freedom, freedom.”

The boundaries protecting children and the family were torn down, and we’re still seeing 10 major problems that stemmed from this so-called “Freedom.”

With sexual freedom comes unwanted pregnancies. There were shotgun weddings, but this was not considered the revolutionary way to deal with the “problem.”

Some states legalized abortion, but this made the abortion “solution” difficult and costly for those who lived far away. With Roe V. Wade, the Supreme Court made abortion legal across the nation.

Since that ruling, more than 62 million[1] babies have been aborted in the United States. That’s like the entire population of California and New York state combined. It’s ten times the number of Jews killed by Hitler. If there had been no sexual revolution and no Supreme Court ruling, the number of babies aborted would have been a small fraction of this multitude.

In 1960, about 3% of white babies and 22% of black babies were born to unwed mothers[2]. Now, it’s nearly 30% for whites and 70% for blacks[3]. The freedom to have sex outside of marriage has HUGE consequences on children.

Children raised by single mothers tend to do worse in school, tend to live in greater poverty and tend to wind up in prison in much higher numbers than children born to married parents. This is not an opinion.

It is proven in many extensive scientific studies. Obviously, the worst impact is in America’s inner cities where having children out of wedlock has become the cultural norm. These are the places where children get shot by stray bullets. Most of the time, you can thank the sexual revolution. 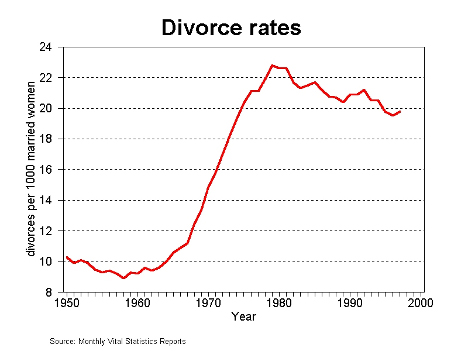 Divorce rates absolutely soared[4] in the 1960s and have remained high ever since. Sexual freedom and sexual fidelity are polar opposites, but even short of the issue of infidelity, divorce itself has become much less of a social stigma.

The impact of divorce on children is severe. Instead of a stable family structure, children get passed back and forth in situations can are often filled with bitterness. As a child of divorced parents before divorce was common, I know very well how harmful divorce can be. 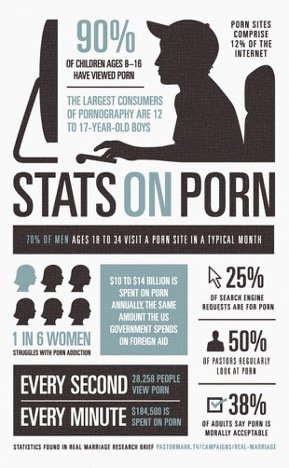 The sexual revolution of the 1960s resulted in the rapid growth of pornographic magazines. I have personal experience with the pull of pornography.

Even when you believe it is morally evil, it excites the brain just like taking drugs. You wind up feeling you need more and more, and the direction you’re pulled does not feel as if it’s under your control.

I thank God that when I gave my life to Jesus Christ, I was set free from the desires I had well before the Internet came into being. I am now repulsed by pornography because I know what a danger it is. The path to pedophilia is paved with pornography.

The depths of pornographic depravity go far beyond even that. It is not sexual freedom. It is slavery.

I grew up with three sisters. They were just siblings. Like myself, they had hobbies, dreams and goals.

The women I saw in the magazines were objects. I wasn’t interested in their hobbies, hopes and dreams. They were naked bodies. They were someone’s daughter and sister, but to me, they were a stimulant (like a drug).

There have been Hollywood sex symbols since there’s been Hollywood, but more than ever girls and women are compared to the “objects” in the magazines (or on the Internet now).

All that peace and love of the 1960s has morphed into countless cases of sexual harassment, assault and objectification of women both personally and professionally.

The sexual revolution’s message to me was: “You’re just an animal with natural drives that must be met. It is not NORMAL to seek satisfaction from one woman for life.”

The message passed down since the 1960s and subsequently modeled so well on SEINFELD and FRIENDS is, “Why lock your life down with a single woman when there’s a whole field of women you can play?”

The very idea of becoming a father and playing that role well is absent in today’s media.

The message of the sexual revolution was, “If something excites you then that’s just who you are. That’s your ‘normal.’

This is in stark contrast to the previous social norm that labeled a variety of activity “perversion.”

Perversion is defined as the alteration of something from its original course, meaning, or state to a distortion or corruption of what was first intended.

Sadly, the desire for sex with children is rampant among many people in high position of authority. 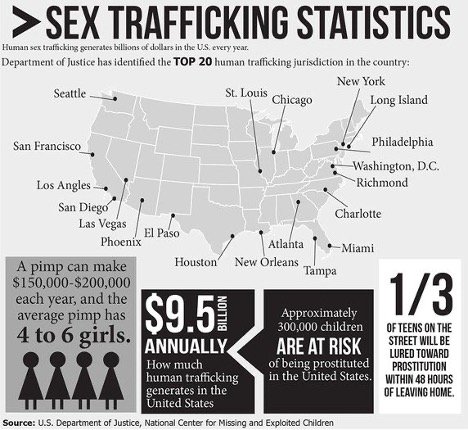 The modern sex slave trade has been built on the sexual revolution call for “freedom.”

The children, girls and boys, sold to satisfy lust are victims of the sexual revolution. What began with things like the great Woodstock rock concert has morphed into a multi-billion dollar trafficking trade.

There are some wonderful organization working to set sex slaves free, but what about setting free the customers willing to pay for sex? They are slaves, too.

The freedom promised by Playboy has become bondage. It should result in prison sentences. 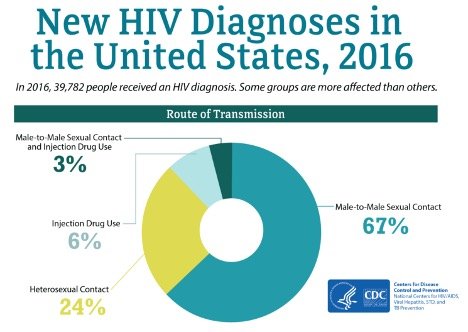 The friends of Jeffrey Epstein who had sex with his captives should be exposed, prosecuted and jailed. If you want the sex slave trade to stop, let the customers, starting with the most famous, go to jail.

In my sex-ed class in the 1960s, I distinctly recall a video that explained all the horrendous diseases you could contract if you participated in illicit sex.

The video even pointed out that if you got a horrible disease you could pass it on to someone else. The sexually transmitted disease statistics are horrifying.

As a child in the 1950s and early 60s, I used to have a bicycle. I rode to go play with friends, and we used to go for bike rides around town without my mother worrying.

By the time my children could ride bicycles in the 1980s, they could not ride out of my sight.

My friends and I used to play baseball without adult supervision. Today, children play in leagues or almost not at all.

In 2020, parents should fear their children’s use of the Internet. Online, perverted adults pose as children seeking “friends.”  Pastors and teachers are arrested for sexual activity with children.

There are parents driven by horrific desires. Ninety percent of child sexual abuse cases involve someone the children know and trust. Unfortunately, it is often a parent or someone who lives in the house.

WHAT CAN BE DONE?

In the 1960s, Hollywood transitioned from a motion picture code in which studios agreed not to include specified immoral content in their movies, to MPAA ratings that permit any content as long as the movie was rated appropriately.

This allowed Hollywood to create R-rated, adult material, and it has continued to do at a torrid pace ever since. Even their award shows have become a celebration of the revolution against morality.

To counter this revolution, there needs to be more content that says, “The family, as God designed it, is the cure for the impact of the sexual revolution.”

The Christian Film & Television Commission® through their Movieguide® ministry has been exemplary in encouraging the production of more family and Christian entertainment.

There has been an increase in this wholesome, quality entertainment, but it remains only a portion of all entertainment.

Meanwhile, a slow reckoning calling out the depravity of the sexual revolution has begun.

The legal convictions of Bill Cosby and Harvey Weinstein have sent a message that sexual freedom has some boundaries — even in Hollywood.

Presidents Barack Obama and Donald Trump both promised a war on sex trafficking. This is a public pronouncement of a need for limits.

Additional convictions of famous people who’ve been sex offenders would strengthen this message and help trigger a profound counter revolution.

Yet the fight is far from over.

Right now, many major corporations would rather promote a sexual freedom agenda than promote the traditional family, traditional marriage and sex reserved for marriage.

Each of the horrid impacts of the sexual revolution could be reversed if we committed to returning to traditional values. It’s time to make some content that shows model families facing the challenges of life in the 21st century.

NOTE: David Outten is a children’s book author and scriptwriter. He is the founder of a website called CHILDREN’S LIVES MATTER. He formerly worked for Movieguide® and has contributed reviews and articles in the past. His website is davidoutten.com.